By: Thomas B. Larsen and John Harrington, Jr.

This paper begins scholarly conversation to develop and formalize a human-environment timeline.  Numerous scholars agree that an “Age of Humans,” or Anthropocene, exists.  They disagree on how the proposed epoch fits within the geologic past.  Humans are major drivers of the Earth system, but their presence is but a minor blip in the planet’s deep history.  This effort develops a prototype social scientific timeline focused on interactions between people and nature.  Prospects for organizing a human-environment timeline working group are discussed.

A timeline is an archive of ideas.  The time periods identified can stimulate human-environment thinking and can influence decisions and perceptions of nature-society interactions.  A human-environment timeline will provide a foundation for environmental ideas that help people make sense of historical changes across time and space.

Humans have transformed the Earth system.  Some scholars indicate that Spaceship Earth is now a human-dominated system, and that we may be forcing that system beyond its planetary capacity. Ongoing discussions among geologists consider adding the Anthropocene as a new geologic time period.  Coined by Nobel laureate, Paul Crutzen in 2000, the Anthropocene idea has changed how we view humanity in the context of deep geologic time.  Marcia Bjornerud calls this sort of deep-time thinking ‘timefulness.’  Scholars across the natural sciences, social sciences, and humanities are sharing ideas about human-environment interactions in Anthropocene dialogues.

Qualitative analysis of geographic encyclopedias yielded four long-term Durations: Survival (2,598,050 to 318,050 BCE), Adaptation (318,050 to 4,050 BCE), Keystone (4,950 BCE to 1945 CE), and Acceleration (1945 CE – ).  Events and ideas became more numerous when approaching the present.  As a result, the time periods identified are shorter toward the present.  Dominant events and ideas during a time interval were used to provide thematic labels.  Time period themes include an array of ethical, scientific, and humanistic underpinnings of interest to geographers.  Some examples include:

The human-environment timeline effort encourages scholars to start a broader synthesis and critique of time periods and the human-environment relationship. That conversation should involve scholars from other disciplines working together with geographers.  A number of questions deserve special attention.  In which instances do we agree that major change in human-environment interaction occurred across the planet?  What type of change occurred?  How quickly did it happen?  At what scale was its impact?  How might people with different intellectual backgrounds interpret the timeline? 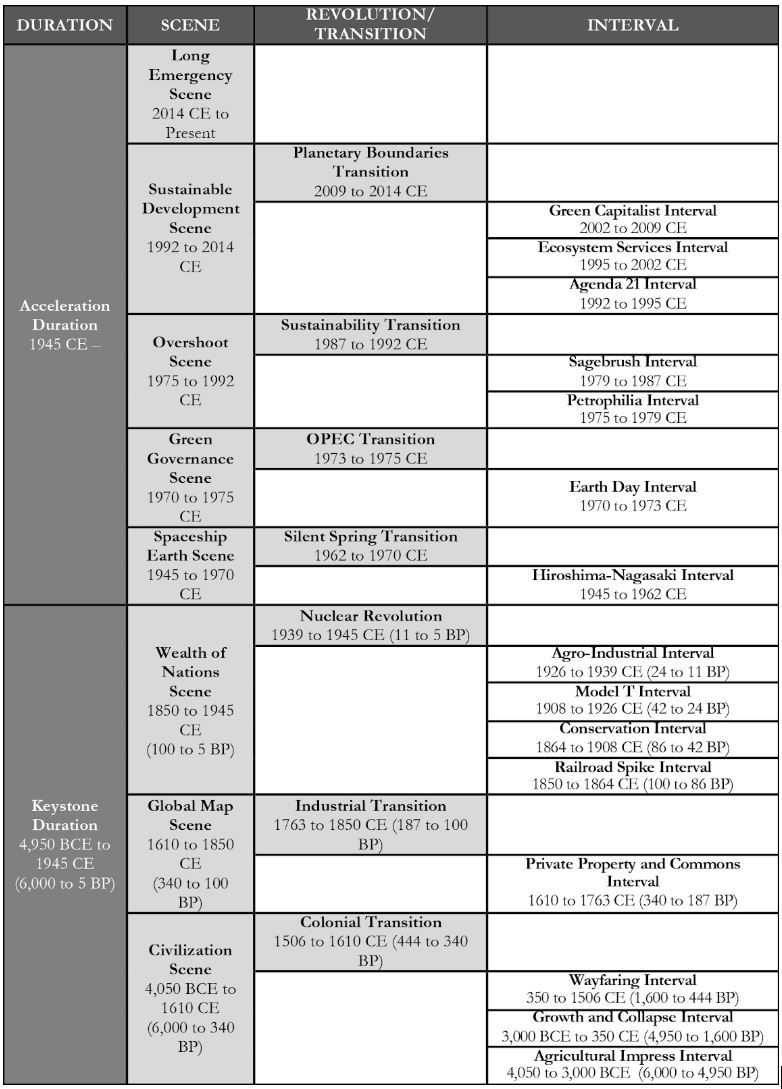 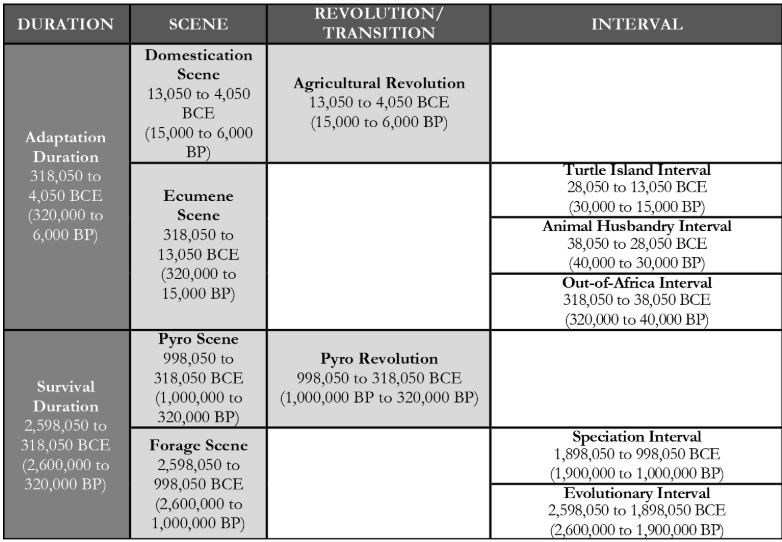