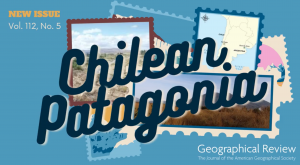 Patagonia evokes images of a remote, unpopulated frontier region endowed with a variety of undisturbed natural environments, including arid steppes, high mountains, fjords, forests, and ice fields. Despite idealized depictions, the expansive region, which econmpasses the southernmost tip of the South American continent, faces many of the challenges related to development and conservation experienced across Latin America. Today, was the global economy and modern practices extend into its most isolated areas, financial and human flows are shaping Patagonia in familiar, yet novel, ways (Mendoza et al. 2017). New infrastructure, large hydraulic projects, the tourist industry expanding south, green grabbing, and rapid urbanization are some of the footprints of these processes. These conditions are reshaping the relationships between local people and the environment as Indigenous communities reclaim land and reassert their culture, tourist stream to natural attractions activating local economies, corporations and governments unleash their latest conservation plans, and dreamers and wonders from around the world proclaim new lifestyles in remote locations.

This special issue brings together articles that question mainstream representations of Patagonia to reveal a dynamic place where multiple stakeholders grapple with the profound consequences of globalization and colonization, both historic and recent. They do so from a uniquely Latin American perspective—all the authors are based at Chilean and Argentine universities. As such, they are influenced by and contribute to currents in Latin American thought in human-environment geography, Indigenous geographies, and environmental justice perspectives. The articles invite us to consider Patagonia from a territorial (territorio) perspective, which considers how territory is constructed through the encounter between local, place-based groups, and often global, power dynamics (López Sandoval et al. 2017). Many Latin American geographers use this territorial approach, giving the term a much broader understanding. It addresses the web of forces that shape the connections between culture and nature, involving how people dwell and establish relations with the surrounding environment. Thus, territory condenses culture, social and political relations in space, and is permeated by the processes of colonization and the expansion of capitalist modes of production.