When comparing integration patterns, policies and attitudes towards migration, post-socialist European countries stand out from West European countries in having a less developed integration infrastructure, fewer immigrants and less openness towards migration and diversity. Focusing on the case of East Germany, this article highlights the specifics of a migration and integration environment which was shaped by the post-socialist transformation experiences.

The study helps to understand the mindset of East German citizens, which are shaped by experiences from socialist times and from the transformation period. Many phenomena, such as regional development, migration, or diversity development, are perceived differently by East Germans. Analyzing their attitudes from a “Western” perspective can lead to misperceptions and wrong interpretations. 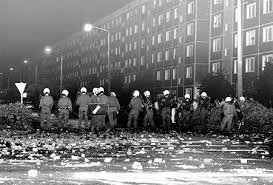 After the fall of the Berlin Wall, asylum seekers were also allocated to East Germany and were strongly objected in some places. The photo shows a police operation in the East German town of Rostock-Lichtenhagen, where an asylum seekers accommodation was set on fire by local protestors in 1992. Source: Umbruch Bildarchiv.

The study reveals that local manifestations of post-socialist transformation societies with their varying degrees of tolerance, openness or rejection can only be understood if the hegemonic relationship between East and West is taken into account.

The study relates to research on integration and the development of public attitudes regarding migration and diversity.

The study revealed how the reception of asylum seekers in East German small towns was related to general perceptions on and experiences with “migration”. Dominant perspectives on “migration” include a feeling of loss due to the transformation-driven exodus of friends and family members in the 1990s, but also as an external power that is imposed from the state administration, without local stakes in the game. This perception results in a rather passive attitude towards migration-driven change, and a void of local negotiation processes regarding the position of newcomers. Thus, when the arrival of asylum seekers in 2015 brought the topic of integration to the fore, many East German cities had no strategy for opening up to newcomers while respecting and dealing with the claims and emotions of the resident population. 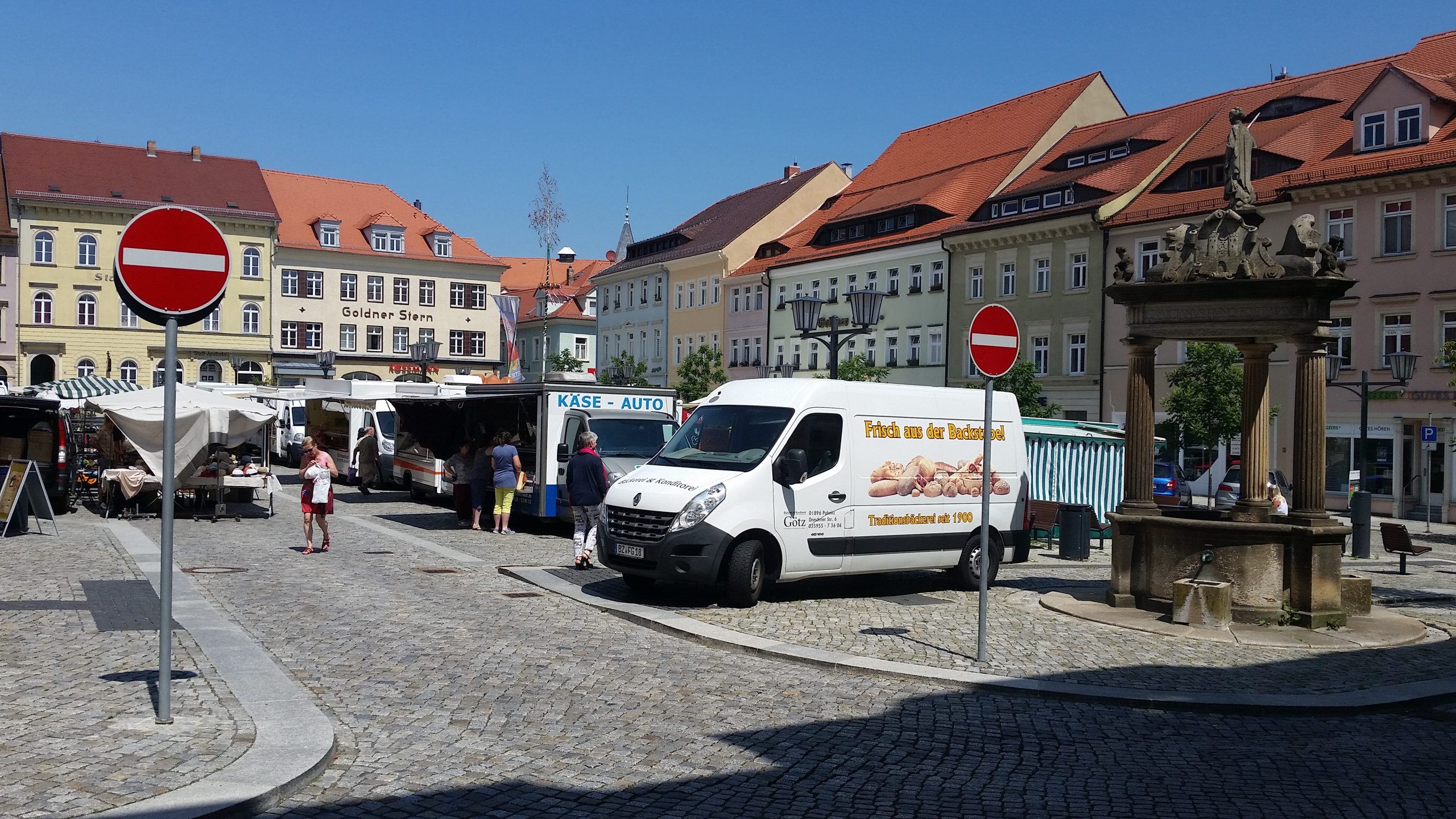 The market square of the city of Kamenz in East Germany. Many small and medium sized towns in East Germany suffered population losses since the Fall of the Berlin Wall and have la large proportion of elderly inhabitants, and few immigrants. Photo by: Simone Gasch

The study highlights the necessity to understand integration and diversity development as a multifaceted process, which needs to be contextualized in terms of time and space. Local and regional case studies can reveal the specifics of local integration landscapes.

My research shows the necessity to include geography as a layer of analysis in all research on social and societal phenomena. A relational approach can reveal path dependencies of developments, but also specific “talents” of a locality or region.