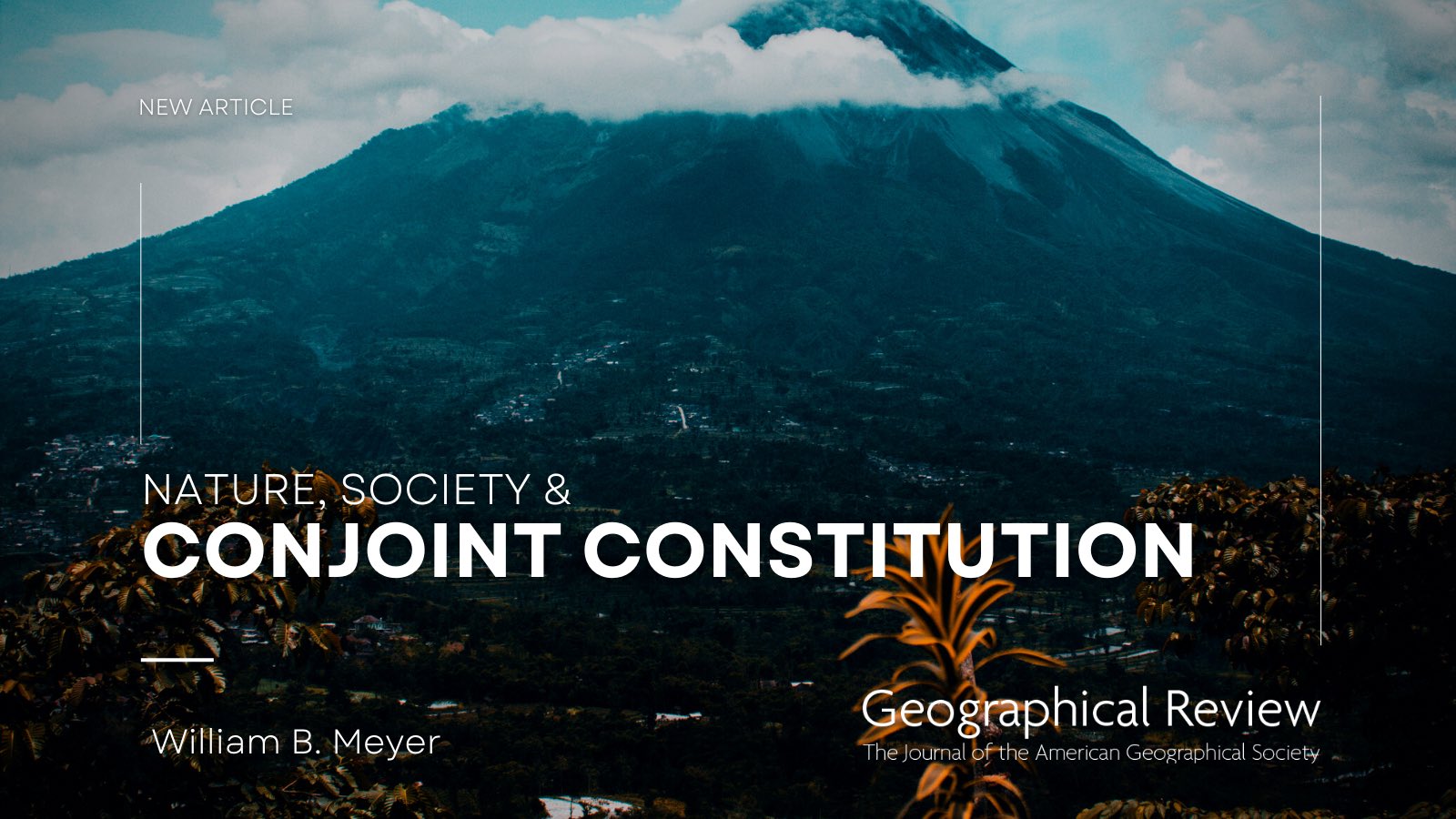 The three themes that dominated Western nature-society thought from ancient times to the end of the eighteenth century—a designed earth, environmental influences, and human impact—were joined subsequently by a fourth. It has gone by many labels, of which possibilism has been the most often used, but is best named by the phrase coined by William Freudenburg and his colleagues, conjoint constitution. Asserting that the role played by the environment in human life depends jointly on its physical qualities and the characteristics of the societies with which they interact, it particularly challenges the subordination of the latter to the former implied in the themes of both design and influence. Conjoint constitution and human impact are arguably the themes most congruent with the assumptions and the realities of modernity.