What is the main purpose of your study? This study explores how and why conflicts over small dam removal have become an issue discussed at the national level in France while never becoming a part of national debates in the USA despite many similarities in conflicts at the local scale. Our analysis is based on four case studies – two dam removals in Normandy, France and two in New England, USA. In the France case, we detail the recent contestations of dam removal at the national scale through official reports and documents. We discuss the role of coalitions, and their constitution, in shifting scales of conflict. We also explain the geographical and historical contexts in both regions as key elements to understand the different ways the conflicts have evolved.

What are the practical, day to day, implications of your study? Dam removal has become a widely used tool to restore rivers, enhance fish passage, and improve water quality. However, these projects can generate sustained conflicts within the communities where removals occur. In France, there has been a growing debate at the national scale over this kind of operation for more than a decade, while in the USA, these debates typically occur among community actors opposed to removal and an array of state agencies and other groups who favor removal. More often than not, conflicts over dam removal are reduced to an opposition between actors coming from outside the community and local actors defending their environment. Our study highlights that local actors are not necessarily powerless and, in the case of France, can rely on well-established relationships with other actors in networks that stand in opposition to dam removal. Even where a consensus can be reached on a specific project, more effective and sustainable efforts at river restoration across a range of locales need to look at how actors interact across a range of scales in order develop restoration strategies that are broadly applicable to different places. Failing to acknowledge how actors at multiple scales are engaged in local conflicts paves the way for future controversies elsewhere. 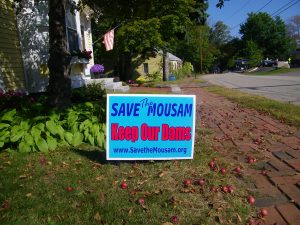 How does your study relate to other work on the subject? Other studies on dam removal conflicts have highlighted the diverging representations associated with dams, rivers, and nature to explain the emergence of controversies. Much of this research is based on detailed case studies of localities. Our work aims to contextualize these local conflicts in broader debates over river restoration at the national level, underlining the relationships that exist between different stakeholders and how these influence removal conflicts. These coalitions of actors are key factors to explain why dam removal has become a topic of discussion at the national level in France. For instance, the national federation for the preservation of mills have played a critical role by connecting actors, which, without it, would not have been able to establish relationships and thus have an influence on the debate. In addition, a comparative approach between dam removal debates and conflicts in France and the USA paves the way for future comparative studies of river restoration through dam removal in other parts of the world.

What are two or three interesting findings that come from your study? First, our study illustrates the highly political dimension of the watershed as a scale for water management in France. Mill owners try to coordinate at the scale of the basin because water management is organized around it. To achieve this, they build networks with other stakeholders such as other river users (fishermen, paddlers) or local elected official to gain political power. On the contrary, the watershed does not constitute an important political scale in the USA. As a result, people opposing dam removal rarely weigh in at that level. Rather, they try to achieve political leverage by connecting with state or town representatives who represent their locales. Second, we outline the importance of the French water mills in connecting dam removal opponents. The image of the mill often acts as a catalyzer to gather people who see it as central to their culture and sense of community. Thus, it is important to describe and take into account the material and geographical dimensions of these infrastructures to understand the scalar dynamics of dam removal conflicts. Finally, our findings illustrate the ability of local stakeholders to use preexisting institutions as a vehicle to upscale their concerns when it suits their needs. In the case of France, the federation for the preservations played that role. Initially created to promote mill heritage, it changed focus under the pressure of local mill owners that were facing a dam removal-prone administration. When no such multi-scalar organization exists, like in New England, reaching broader scales with their grievances is not perceived as an option, and the conflicts play out almost exclusively at the community level. 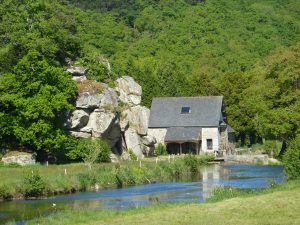 What might be some of the theoretical implications of this study? Conceptually, this study proposes to combine scalar politics with Actor-Network Theory to question scales, networks, and power relations in the evolution of environmental conflict. Scalar politics helped to decipher the vertical relationships between stakeholders as well as to underline the importance of horizontal connections. In other terms, the establishment of horizontal relationships among actors located in different places plays a critical role in the creation of vertical relationships. The combination with ANT refines the analysis of these horizontal connections by integrating other-than-human actors in networks. This research also highlights how networks of actors (e.g., removal advocates and opponents, government agents, rivers, dams, mills) work within and across different scalar configurations and highlight the tangible ways those scales are linked in environmental conflicts.

How does your research help us think about Geography? From a methodological perspective, our study shows the value of international comparison to highlight geographical dynamics. The comparison undertaken in the article helped to reveal how different geographical contexts could play a role in environmental controversies. Following this, and on a more conceptual point of view, our study prompts us to think seriously about the material world and how it can affect environmental dynamics and well-intentioned interventions to restore ecosystems. For example, taking into account the history and location of mills was necessary to fully understand dam removal controversies, including how and why they do (or do not) move across scalar levels. Thus, it prompts us to go beyond (or back) to the careful study of the material world as geographers. Additionally, our study underlines that scalar dynamics and politics have a historical dimension. As geographers, this means that we need to study contemporary scales as products of historical processes. This reinforces the claim that scales are not given but social constructs. Lastly, with the participation of physical and social geographers on this research project, it highlights the important inter-disciplinary dimension that geographers are aptly trained to undertake.