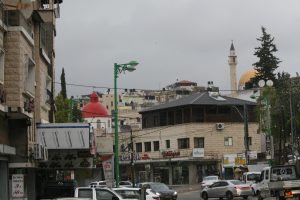 What is the main purpose of your study?
The purpose of the study is to characterize and uncover the sources of native minorities’ place identity in Israel. We follow the environmental psychology approach to place identity, defining it as the part of individuals’ identity constructed in association with places or types of places. We examine place identity in terms of scale, relative to other identities, and in relation to these measures among Israeli Jews. Drawing on qualitative interviews, we find that the sources of place identity relate to memories (individuals and collective), social networks, and Arabs’ political marginal status in the state.

What are the practical, day to day, implications of your study?
Our study seeks to address the importance of emotional bonding of native or indigenous minorities to their residential environments, particularly because in many cases they are politically marginalized, and therefore their localities are under-developed at times or even neglected. 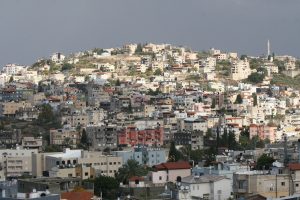 How does your study relate to other work on the subject?
Our study contributes to three areas of research, on Arab society in Israel, majority-minority relations, and settler colonialism and nativism, as follows:
The Arab society in Israel – Since the 1970s a substantial number of studies have examined the complex identities of Arabs in Israel, addressing predominantly their cultural-Arab, national-Palestinian, civic – Israeli, and religious identities. The current study adds to this work by highlighting their substantial place identity.
Majority – minority relations – numerus contemporary geographical studies explore residential and social segregation of minority groups as well as encounters between members of the majority and minority groups. This study adds by addressing the emotional bonding of minorities to their residential environments.
Settler colonialism and nativism – The study contributes by exploring place identity of Arabs as a native national minority in the special case of Israel / Palestine. The latter is marked by a national conflict, in addition to Arabs not being the first group to settle the land, and Jews having a special historical – religious affinity (along with Arabs) to it. Specifically, it demonstrates processes of place identity construction through the Arabs’ perspective, and the role of the state in shaping their place identity and the agency of space within this context.

How does your research help us think about Geography?
By highlighting not just objective descriptions of spatial phenomena but subjective experiences and interpretations of the emotional bonding between people and their surrounding environments.