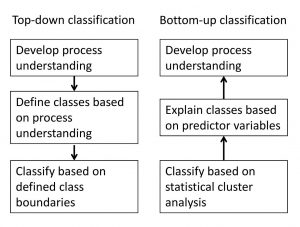 Conceptual diagram of the process of top-down and bottom-up classification.

What is the main purpose of your study?
The main purpose was to review the geographic tool of spatial classification, which divides areas of the Earth into regions based on shared characteristics. In particular, my focus was on classifications of river systems and how regional processes such as climate and geology, watershed characteristics such as soil and land use, and local features such as the shape of river channels all interact across spatial scales to influence river processes. My argument is that spatial classification approaches based on big data and machine learning can effectively be used to better understand processes in river systems and how they are changed by human activities.

What are the practical, day to day, implications of your study?
Spatial classification is one technique that everyone, whether geographers or not, is familiar with. Whenever we look at a map that divides an area into regions – whether those are climate zones or language families – that map was generated by some spatial classification process. From looking at those types of maps, we can all generate hypotheses about what might explain the spatial patterns that we observe. One implication of my paper is that, in addition to being useful for generating hypotheses, such maps can also be used to build understanding of the processes that make different regions different. 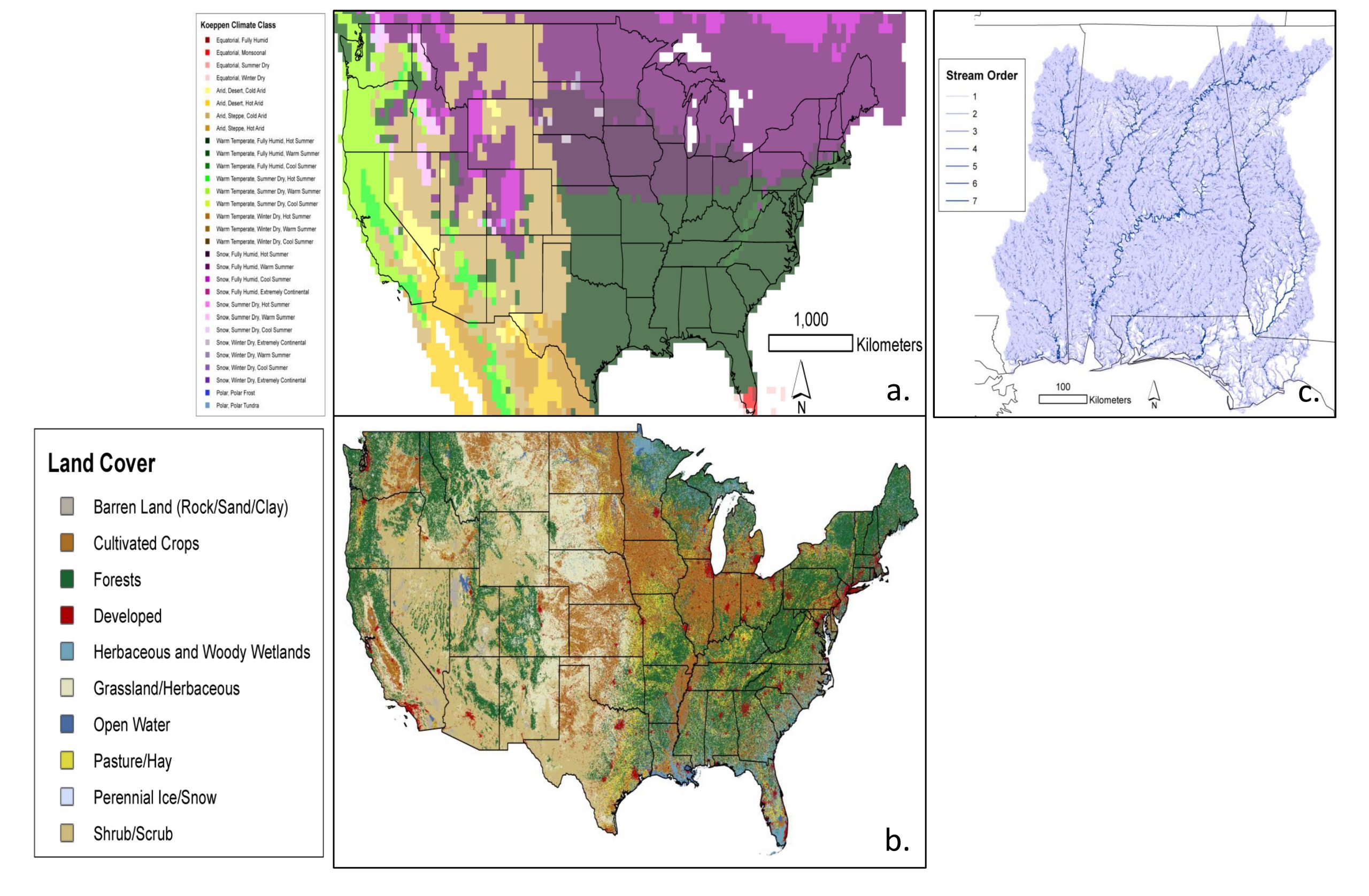 How does your study relate to other work on the subject?
As a review paper, my study includes discussions of many river classification systems at regional, watershed, and local scales. It also addresses the emerging scientific trends related to big data, or datasets that are so large and complex that relationships among variables can only be discovered by statistical machine-learning algorithms rather than by a human analyst. Because datasets relevant to river systems are now available at a high spatial and temporal resolution and with many different variables, there is great potential to use big-data analysis techniques in the study of river systems.

What are two or three interesting findings that come from your study?
One finding is that parallels can be drawn between taxonomy in biology and spatial classification in geography. Both are approaches that were sometimes historically thought of as being primarily descriptive, but both have been transformed in recent decades by new technology and advances in conceptual understanding – biological taxonomy by genetics and DNA analysis, geographical classification by big data and machine learning. Another finding is that “bottom-up” classification approaches, in which the number and definition of classes is allowed to emerge from the data rather than being imposed from the outside, are especially promising in developing new process-based classifications of river systems based on big data.

What might be some of the theoretical implications of this study?
A very important theoretical concept in science is the idea of generalization. We want our theories to be applicable in any situation. Geography in general, and hydrology in particular, have always had serious problems with developing generalizable theories. Every river is unique, and there has been a tendency to develop models that work very well to describe a particular river, but fail to describe rivers in general. Spatial classification is one approach that can be used to try to develop more generalizable theories by focusing not on what makes each river unique, but rather on what different rivers have in common.

How does your research help us think about Geography?
Spatial classification is one of the fundamental tools of geography. It has often been used in a purely descriptive way, but in recent years there have been increasingly more process-based classifications. The advent of big data and machine learning provides an opportunity for geographers to develop new classification systems that can be used to uncover previously hidden relationships among variables.