What is the main purpose of your study?
The idea of “scene” helps understand how places vary. Brazil is a fertile ground for constructing a theory of scene. Three central features of the Brazilian scene are a pride in abundance of land and natural resources, a belief in the promise of the future, and movement inward from the Atlantic. 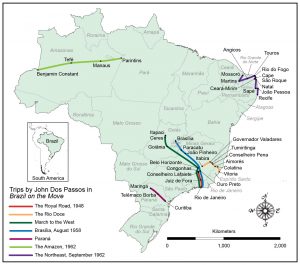 What are the practical, day to day, implications of your study?
As a “microcosm of the world”, what happens in Brazil matters beyond Brazil.

How does your study relate to other work on the subject?
This study links major concepts from Anglo-American cultural-historical geography of the 1960s and 1970s with contemporary historical-geographical research on Brazil by both Brazilians and foreigners.

What are two or three interesting findings that come from your study?
John Dos Passos’ 1963 travelogue Brazil on the Move is a valuable text for understanding how movement and frontiers are central to Brazilian national identity. The book’s main premises are still prescient six decades later. 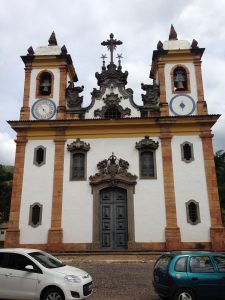 What might be some of the theoretical implications of this study?
The idea of scene can be employed to understand places at different scales the world over. Scene has immense value as a pedagogical technique for geographers to answer the eternal question: “what’s going on there”?

How does your research help us think about Geography?
The idea of scene reminds us that geography is a visual discipline. In few other fields does looking around you yield such insight.