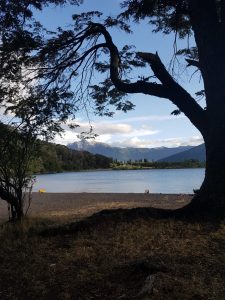 What is the main purpose of your study?
Contribute to the understanding of the multiple worlds that converse with each other
around waterscapes in Wallmapu (Patagonia), ancestral and historical Mapuche territory of great biocultural diversity.

In particular, we reflect on the various local responses to the current water situation by
Mapuche people. We seek to highlight the importance of practices, perceptions and expectations of Mapuche communities in their relationship with water bodies. Such practices are critical elements in their response to external interventions in waterscapes, both in terms of cooperation and conflict.

How does your study relate to other work on the subject?
In general, water management and/or governance in Patagonia does not include the
conception of water by the native people. The demands by Mapuche communities on access to water, respect for traditions and beliefs around water has been largely invisible. Our work supports the emerging position that recognizes water rights, their multiple meanings and the autonomy of their management at the local level.

Our work is related to advances made in the field of political ecology, contributing to the
understanding of the political, economic and social factors that shape the indigenous ontologies or realities in Wallmapu, echoing historical demands by the Mapuche communities on their conditions of self-determination and symmetrical relations with the State and other regional agents.

At the same time, this work adds to those from limnology, bromatology, agronomy,
expanding the scope of their exercise. Those studies have supported state or private efforts aimed at generating proposals for classical conservation or resource exploitation. However, they have left out the local realities and visions that, if considered, constitute an opportunity to broaden the perspective of those studies. 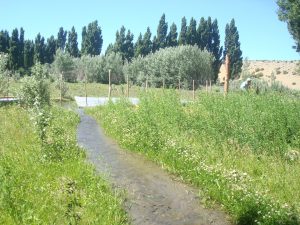 What might be some of the theoretical implications of this study?
Our work adds to epistemological discussions about the role of material things within the
constitution of phenomena of which human beings are a part and the various relationships established with actors beyond the human. These views promote a shift from anthropocentrism and, in our case, the focus is on the relationship that the Mapuche communities of the Wallmapu establish with water. Water is more than an object that the human being manages, but rather it is a subject with the capacity to act and shape relationships themselves.

By framing our study within the relations between human and non-human beings we aim at understanding the constitution of the worlds of water as a pluriverse, whose diversity is associated with different human groups that establish equivocal and partial relations among themselves. This idea deepens the conception of heterogeneous worlds coexisting in the same location. 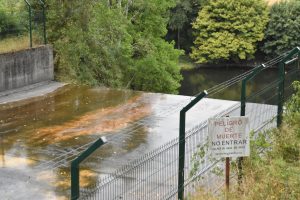 How does your research help us think about Geography?
It proposes the existence of multiple geographies, multiple ways of conceiving and constituting the territory and its binding practices. In this way, it promotes the understanding of the plurality of worlds that coexist in the same territory. Mapuche communities invite the academia to explore the territory and the world from the cultural and historical depth in their constitution.

Recognizing and incorporating Wallmapu in water research provides a complete visualization within a broader framework of debate. This vision speaks of the interactions between human and non-human actors within the same territory. It also illuminates current and historical tensions with the central powers around aquatic landscapes in Patagonia. Finally, our proposal from interdisciplinarity aims at rethinking the geography of the encounters and connections between different worlds and trajectories. By dealing especially with Mapuche territories, we observe the marginalization of local voices, but also the gestation of different forms of resistance and resilience that are little known.

It facilitates dialogue between researchers in the social and natural sciences to broaden their concerns, encompassing dimensions that escape purely disciplinary views. On the other hand, it invites to place the issue of water, especially in a context marked by climate change, beyond a purely utilitarian and commercial logic. The Mapuche experience highlights that establishing a relationship of coexistence with water can be much more sustainable than monetizing it, for example.