The core purpose of this study is to understand how spiritual landscapes change over time—specifically American Trappist monasteries of Roman Catholicism.  Monasteries, in general, are tied with powerful imagery, values, and ideas.  They are often portrayed as closed-off, utopian, sage-like spiritual communities extracted from the twelfth century.  Upon closer study and encounter, this idealism may be called into question.  Spirituality, in its many forms, has historically been redefined and re-prioritized in the making of American Trappist monasteries.  Specifically, contemplation is a receptive state of interior spiritual silence which occupies a significant part of monastic spirituality.  This paper provides a series of accounts on the diverse and overlapping meanings tied to spiritual landscapes, particularly contemplation, as Trappist monasteries evolve through history and confront the conditions of modernization. 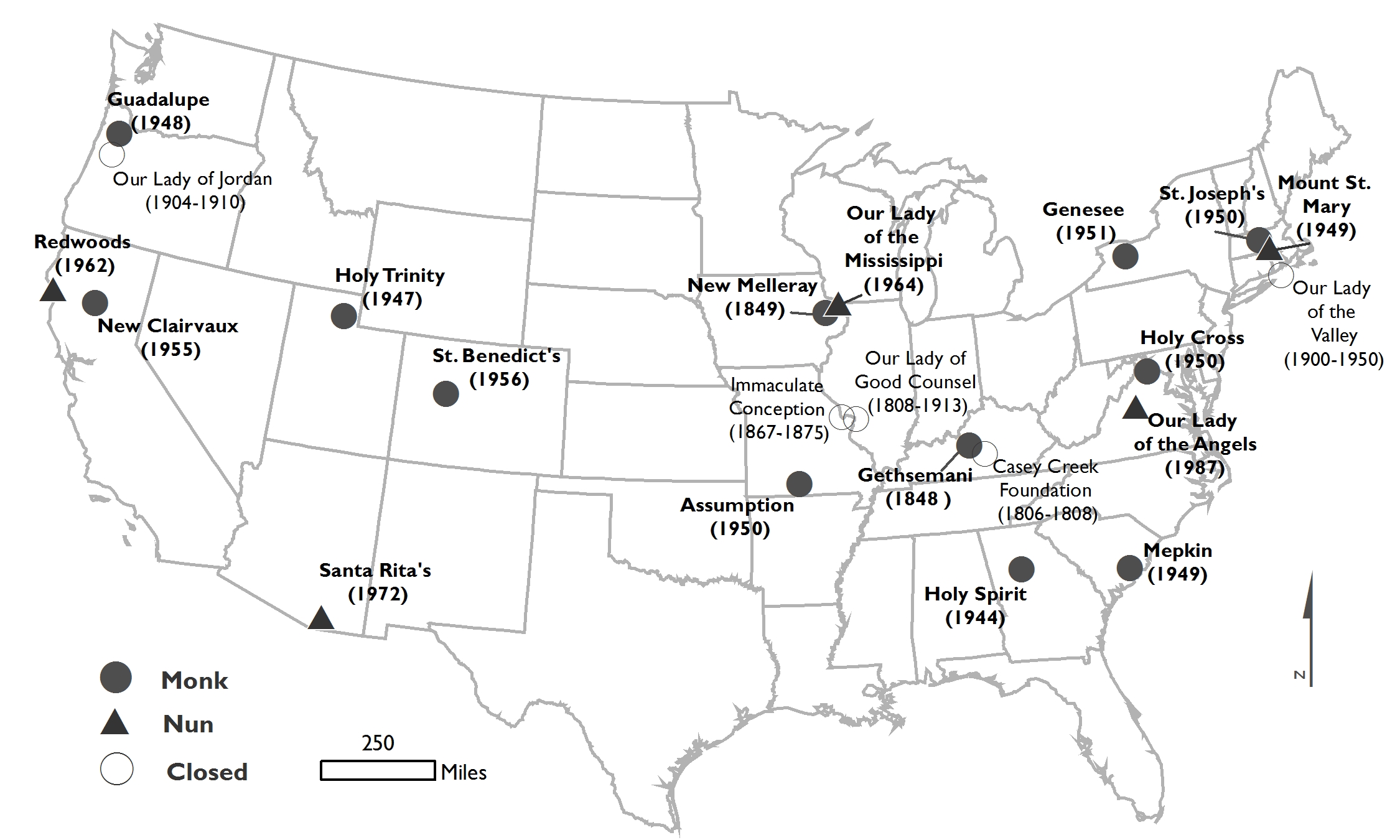 Map of Trappist monasteries in the United States. 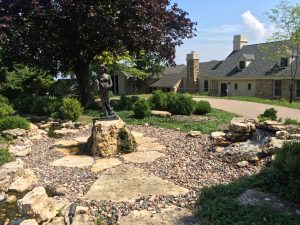 Our Lady of the Mississippi Abbey in Dubuque, Iowa (photograph by the author, July 2017).

Spirituality represents a strong cultural value and an important component of how many humans orient themselves within their environment.  Trappist monasteries comprise a small, but significant part of American spiritual geography.  People of various belief backgrounds visit these monasteries.  They consume the beer, chocolates, spiritual literature, and other products that these monks and nuns sell to keep their doors open.  Some folks even agree to become monks or nuns by committing their lives toward inhabiting that place.  Trappist monks and nuns – especially Kathleen O’Neill, Thomas Merton, and Thomas Keating – have helped to popularize contemplative spirituality, both inside and outside of the monastery boundaries.  In other words, Trappist monasteries reflect the impulse of people to connect with and make sense of these places in various ways.

Spiritual landscapes are not always as idyllic as people make them out to be. 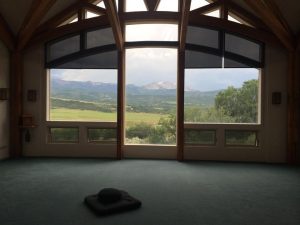 Meditation room inside the retreat house of St. Benedict’s Monastery, looking out toward Mount Sopris (photograph by the author, July 2014)

Contemporary work on monasticism and spiritual landscapes – such as Isabelle Jonveaux, Stefania Palmisano, and Danièle Hervieu-Léger – have gone further beyond the scope of this paper to challenge the ways in which traditional views of monastic spirituality may or may not reflect the lived experience. The spiritual idyll is further complicated as monasteries confront greater social connectivity through globalization.  This paper contributes to the burgeoning scholarship by considering the evolution of spirituality and contemplation in American Trappist monasteries.

This paper has three takeaways.  First, American Trappist monasteries are spiritual landscapes which are represented in a variety of meaningful ways.  The history of these monasteries is a complicated one, which is influenced by the attitudes, values, and perceptions of its inhabitants, visitors, and beneficiaries.  Second, though contemplation represents a focal point for these places, this spiritual quality represents just one aspect of how these places are created.  Both spiritual and non-spiritual elements (such as social and technological connectivity, as well as economic and evangelical ambitions) must also be factored into understanding how these places are created, disregarded, and repurposed.  Third, these monasteries represent important case studies for examining the tensions between upholding traditional monastic ideals and confronting the opportunities and challenges of globalization.  American Trappist monasteries, like other monasteries in the world, have tried to stay relevant by becoming involved in popular spiritual literature, reality TV shows, documentaries, and social media outlets.  Overall, American Trappist monasteries are anything but static, isolated, and unchanging places. 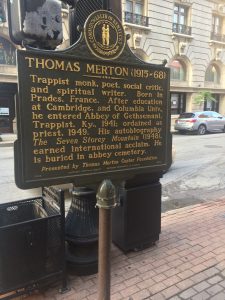 Two theoretical components exist.  The first theoretical implication – drawing from the ideas of Jones (2017), Appleby (2000), Dewsbury and Cloke (2009), and others – addresses the ambivalence of spiritual landscapes, which refers to the overlapping, contested, and often contradictory meanings that a sacred or spiritual place can undergo as it changes over time.  Second, this paper builds off of Edward Relph’s (2017) idea of the openness of place.  A place becomes ‘open’ when aspects of its human and non-human interactions extend beyond the (physical or perceived) edges of that place. 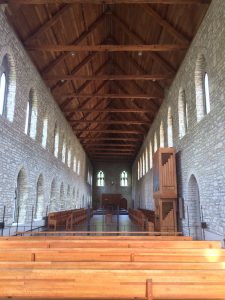 This openness can occur through memory, imagination, social interactions, and connections to larger contexts.  American Trappist monasteries provide one set of examples of how spiritual landscapes extend beyond their perimeter through Facebook, YouTube, books, visitor’s retreats, reality television, among other opportunities for encounter.

Appleby, R.S. 2000. The Ambivalence of the Sacred: Religion, Violence, and Reconciliation. Lanham, Md.: Rowman and Littlefield.

Jones, L. 2017. The Ambiguity of “Sacred Space”: Superabundance, Contestation, and Unpredictability at the Earthworks of Newark, Ohio. In Place and Phenomenology, edited by J. Donohoe, 97-124. New York: Rowman and Littlefield.