Preview was written by Xingjian Liu 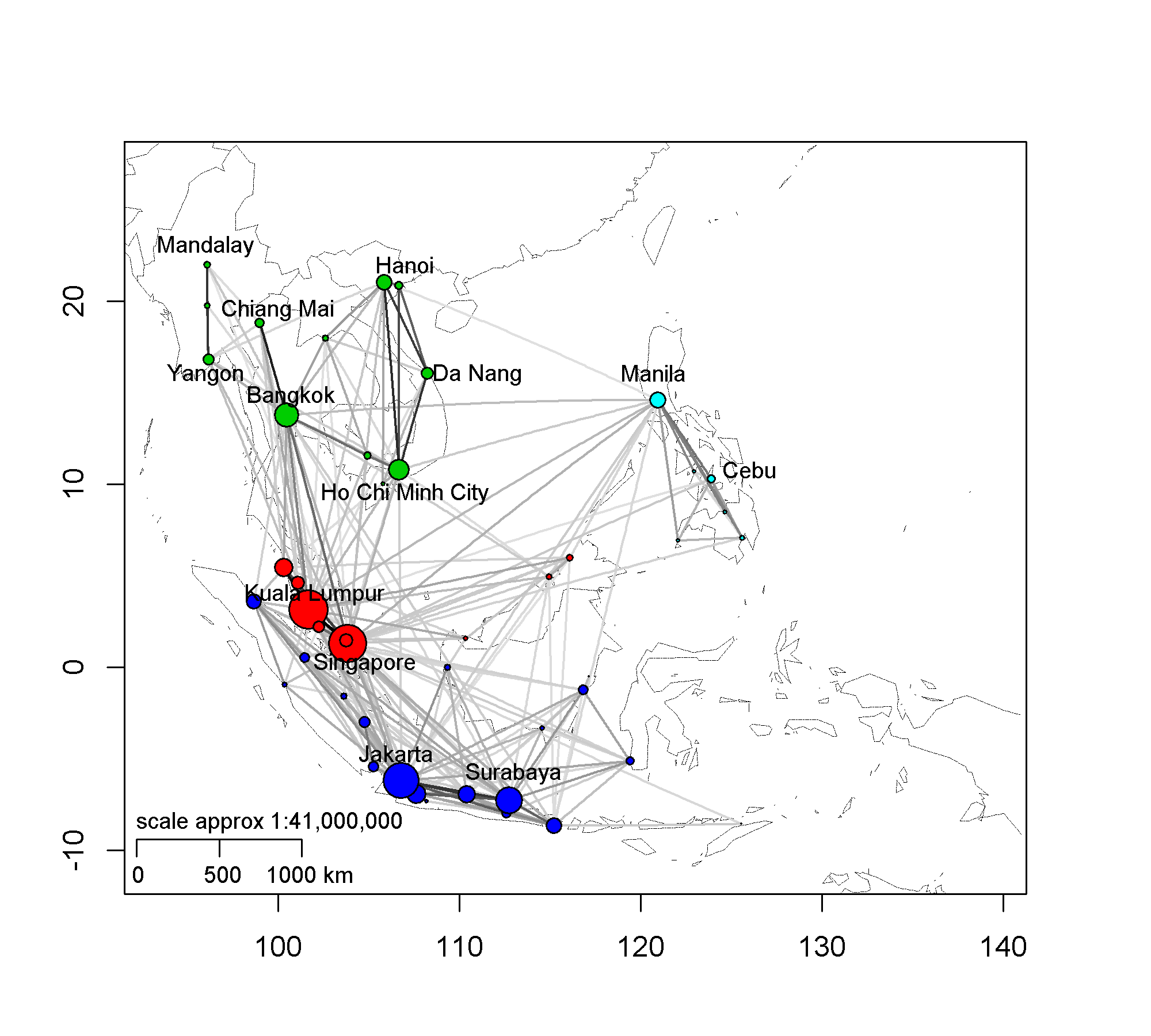 Q: What is the main purpose of your study?
A: Our analysis selects 47 major cities in Southeast Asia and examine how they are connected by road, rail, and air transport. In an intercity network, cities are treated as nodes in a network, while inter-city transportation connections are deemed ‘edges’. Individual cities’ connections are evaluated by three centrality indicators, each of which measures one dimension of ‘network centrality’: The degree centrality reflects how many direct connections individual cities have; the closeness centrality measures the overall difficulty for a city to connect with all other cities in the network, and betweenness centrality assesses whether individual cities hold a strategic position and serve as ‘bridges’ among other cities.

Q: How does your study relate to other work on the subject?
A: Unlike many regional disparity studies that focus on national economic indicators, this paper takes an urban network approach to assess the spatial inequality in Southeast Asian intercity transport network. Rather than treating Southeast Asia as comprised of national political units, this paper conceptualizes the geographical space of Southeast Asia as a network of cities.

Q: What are two or three interesting findings that come from your study?
A: Singapore, Kuala Lumpur, and Jakarta were identified as the most dominant nodes in terms of all three centralities in Southeast Asia transportation network.
The spatial inequality is conditioned on the uneven development that dates back to the colonial times, the region’s fragmented and tropical geography, and more recent socioeconomic and political strategies.

Q: What might be some of the theoretical implications of this study?
A: Seeing Southeast Asia through the lens of city networks is consistent with the new network paradigm in the “urban system” literature. The network paradigm departs from the conventional approaches of studying urban hierarchies in that the focus is no longer on the “characteristics” or “attributes” of cities in and by themselves (for examples, population size and number of companies). Using data on intercity connections has become an increasingly popular way to examine urban systems.

Q: How does your research help us think about Geography?
A: Seeing space as ‘networks of cities’, what happens “between” cities might be as important as what happens “within” cities in determining cities’ fortune.