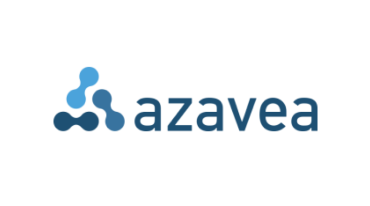 With a recent Supreme Court ruling on gerrymandering and the 2020 Census just around the corner, electoral maps are once again a hot topic across the United States. Redistricting is a controversial issue because it effectively allows municipalities and state legislatures to control the outcome of elections by drawing boundaries around blocs of voters more likely to support certain candidates or political parties. What can be done to ensure a fairer voting process? The geospatial industry has some answers. Companies like Azavea, a mission-driven software and data analytics firm, are working on harnessing the power of geography, data analytics, and geospatial technology to create tools to help legislatures draw more compact and representative districts.

The American Geographical Society recently interviewed Daniel McGlone, who works on the data analytics team at Azavea, about creating mission-driven geospatial technology and how geography can contribute to civic and social good.

Azavea is a geospatial software and data analytics company based in Philadelphia that has been coding, mapping, and analyzing for almost 20 years. While Azavea started out primarily doing GIS analysis work for the city of Philadelphia, they have since expanded to software development with a data analytics component. They work across sectors, but mainly in transportation, urban ecosystems and environmental issues, public safety, and civic engagement.

What sets this company apart in the geospatial industry, however, is their civic focus. “We are strongly mission-driven, and we only take on projects that we think fulfills that mission,” McGlone explained. In past years, Azavea has shifted away from projects involving the defense industry and crime control, recognizing how inherent biases in algorithms in software can unfairly target certain populations. Azavea is certified by the B Corporation, meaning that, though they are a for-profit company, they are a civically minded company dedicated to projects which effect positive social change. “We want to build projects and products that enable people to connect with legislators or know what’s going on in their community and really engage and make the world a better place,” McGlone said.

Part of Azavea’s mission is to increase access to geospatial technology. Developing open source software and ensuring access to open data sets are core tenets of their work. “We try to write every software project in open source language and open source code so that we can release all the data and code to the community,” McGlone added. “The open source community is very vibrant and very large and we want to contribute to that so that other people down the line can learn from it and so that we can contribute to existing work.” They try their best to use as many open data sources and encourage their clients to make the data sets they generate accessible as well. “We think that open data is important because it enables people to do analysis themselves.”

In addition to working on the data analytics team as a senior GIS analyst, McGlone is also the data manager for Cicero, one of Azavea’s major projects concerning redistricting. Azavea began working on Cicero when the Greater Philadelphia Cultural Alliance, the advocacy arm of all arts and cultural institutions in the Philadelphia area, was threatened by budget cuts and approached the firm to develop a database to connect their supporters to their elected officials. The project has since expanded to encompass legislative data for 9 countries, 400 cities, and every state in the United States, with the goal of becoming the “database of democracy for the world.” To keep the database up to date, a small team of research specialists keep close watch of redistricting, which happens every 10 years on the federal level after the census but more frequently in cities due to population growth or shifts.

Azavea’s vision of social change is inherently geospatial. “We live in a rapidly changing world, a world that is getting bigger, where we all have access to each other,” McGlone explains. “An understanding of geography enables us to understand people and place better and brings people closer together even more.”