At a Glance:
Azavea is a B Corporation which stretches the possibilities of geospatial technology to enable their clients to answer complex questions in a wide range of domains: urban ecosystems, water, infrastructure planning, economic development, public transit, elections, public safety, energy, and cultural resources management, to name a few. They make geographic data more valuable by creating beautiful and scalable web and mobile applications, and by creating analytics that uncover insights in your data.

In Depth:
Azavea was founded about 16 years ago, originally as a consulting company running out of Founder and CEO Robert Cheetham’s apartment. Cheetham’s background in landscape architecture and regional planning and his passion to do work with a positive social impact led to the creation of Azavea. Before founding Azavea, Cheetham worked for the Philadelphia Police Department where he worked on the Crime Analysis and Mapping Unit. This gave Cheetham a taste of the social impact that geospatial data can have on his local community. After working with the Philadelphia Police Department, Cheetham worked with the City of Philadelphia as a GIS Software Developer on their GIS Services team. Cheetham then left the city to start his own business. His original vision for Azavea was to build a framework for doing advanced geospatial data analysis on the web. But there were no customers for this type of capability in 2001 so instead focused his efforts on building interactive mapping applications on the web. Slowly over time, Azavea made the transition to building decision support type tools.

Azavea is a B Corporation with a mission to advance the state-of-the-art in geospatial technology and apply it for a civic, social, and environmental impact. They work with local governments, federal government, not-for-profits and academia in a broad range of topics from green stormwater infrastructure, land use planning, homelessness, climate change, public safety, and transportation planning.

Primarily, Azavea builds custom applications for each of their clients. However, over the years, they have identified opportunities where there is potential for a product to take off. 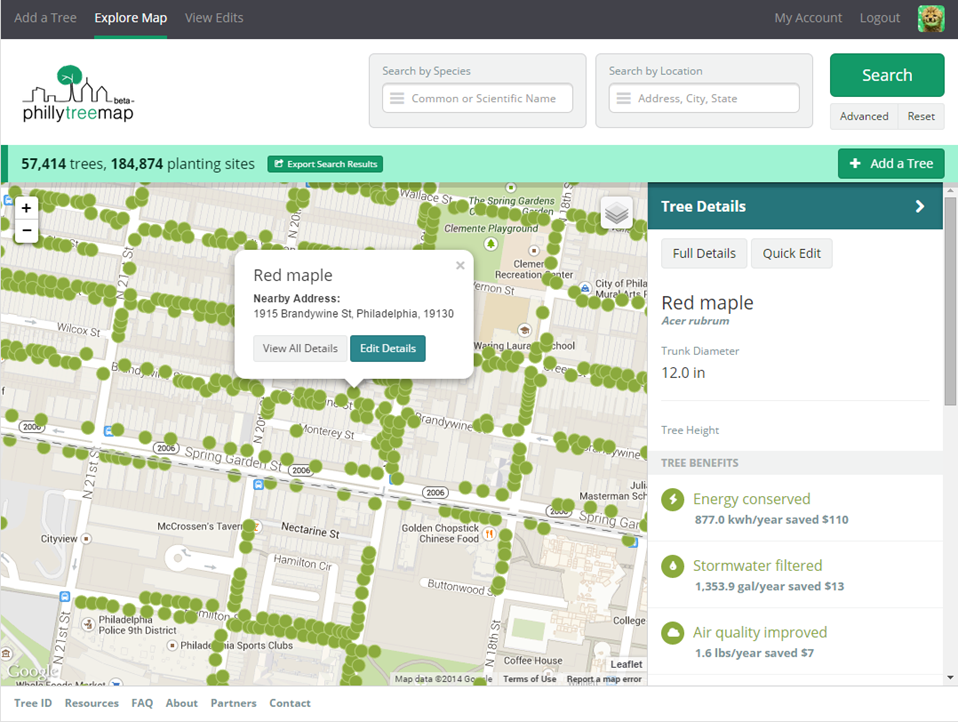 OpenTreeMap, an application which keeps track of urban tree inventories, grew out of Azavea’s partnership with Esri. Esri identified a key challenge in maintaining inventory of urban tree inventories so Azavea applied and was awarded a research grant from the U.S. Department of Agriculture.  They built a general product that could be used by anyone in the country. It is as open source software as well as being sold as a subscription service to cities that want to manage their street tree inventory. The software will not only inventory trees but enables cities to assess the value of the tree for the community by applying the USDA’s iTree protocol to calculate the  ecosystem value of the tree.

HunchLab, another Azavea product, forecasts when and where crimes are likely to emerge. This product was originally inspired by Cheetham’s work with the Philadelphia Police Department where he developed a prototype of an early warning system to better understand where crime patterns are changing over time in a more timely manner. From this, Cheetham was able to secure funding from the National Science Foundation for HunchLab. HunchLab has since evolved from this early warning system into one that is focused on predictive analytics and forecasting the risk of crime in a particular area. The product is used in several cities across the United States. Currently, the HunchLab team is working to improve transparency of algorithms in Hunchlab while also trying to understand how to incorporate the potential harm of police action and cause that to modify police behavior.

Currently, Azavea is working on a new product built on top of GeoTrellis known as Raster Foundry which enables people to work with large amounts of satellite and drone imagery. It is supported by NASA and the US Department of Energy. 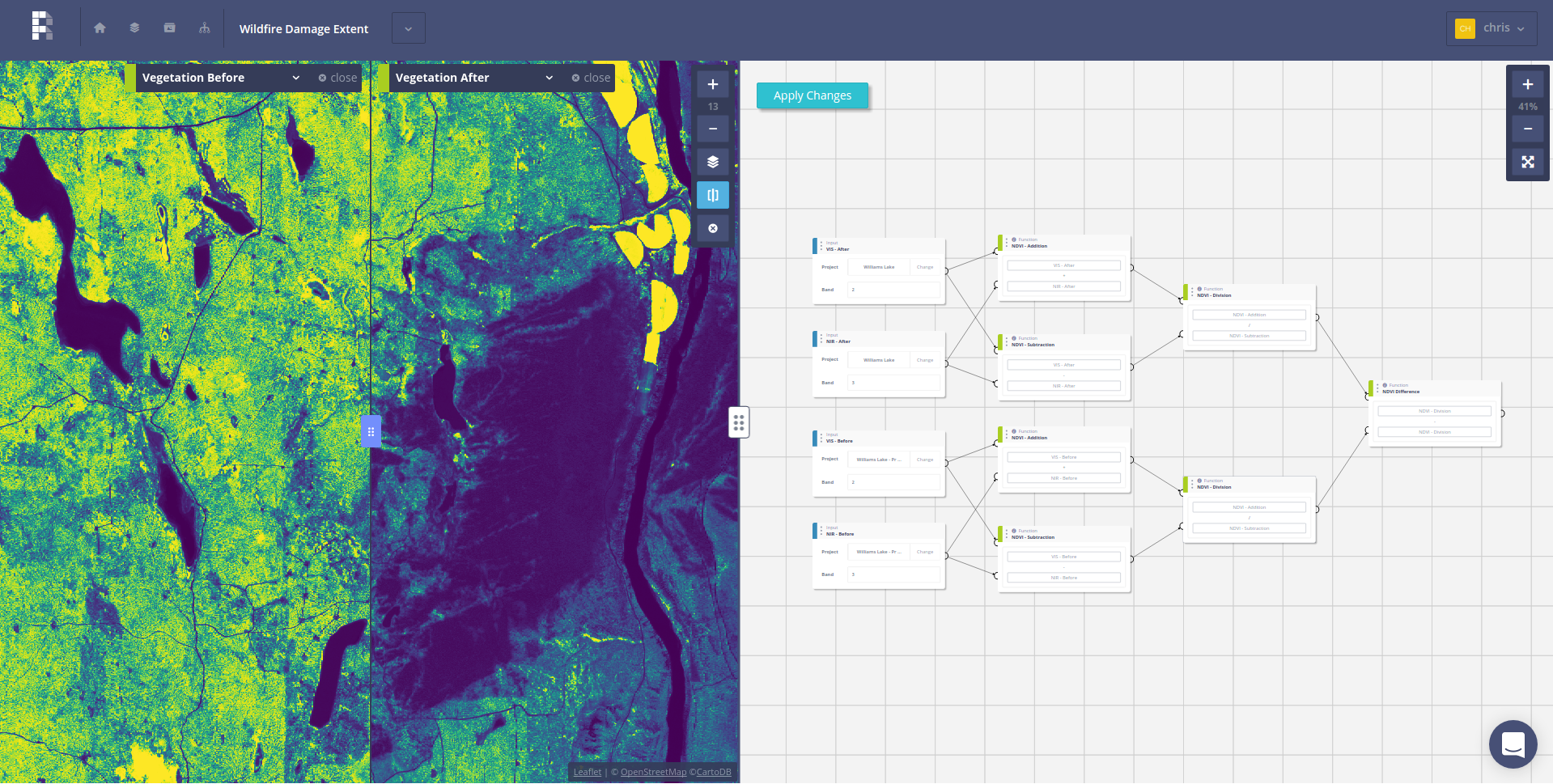 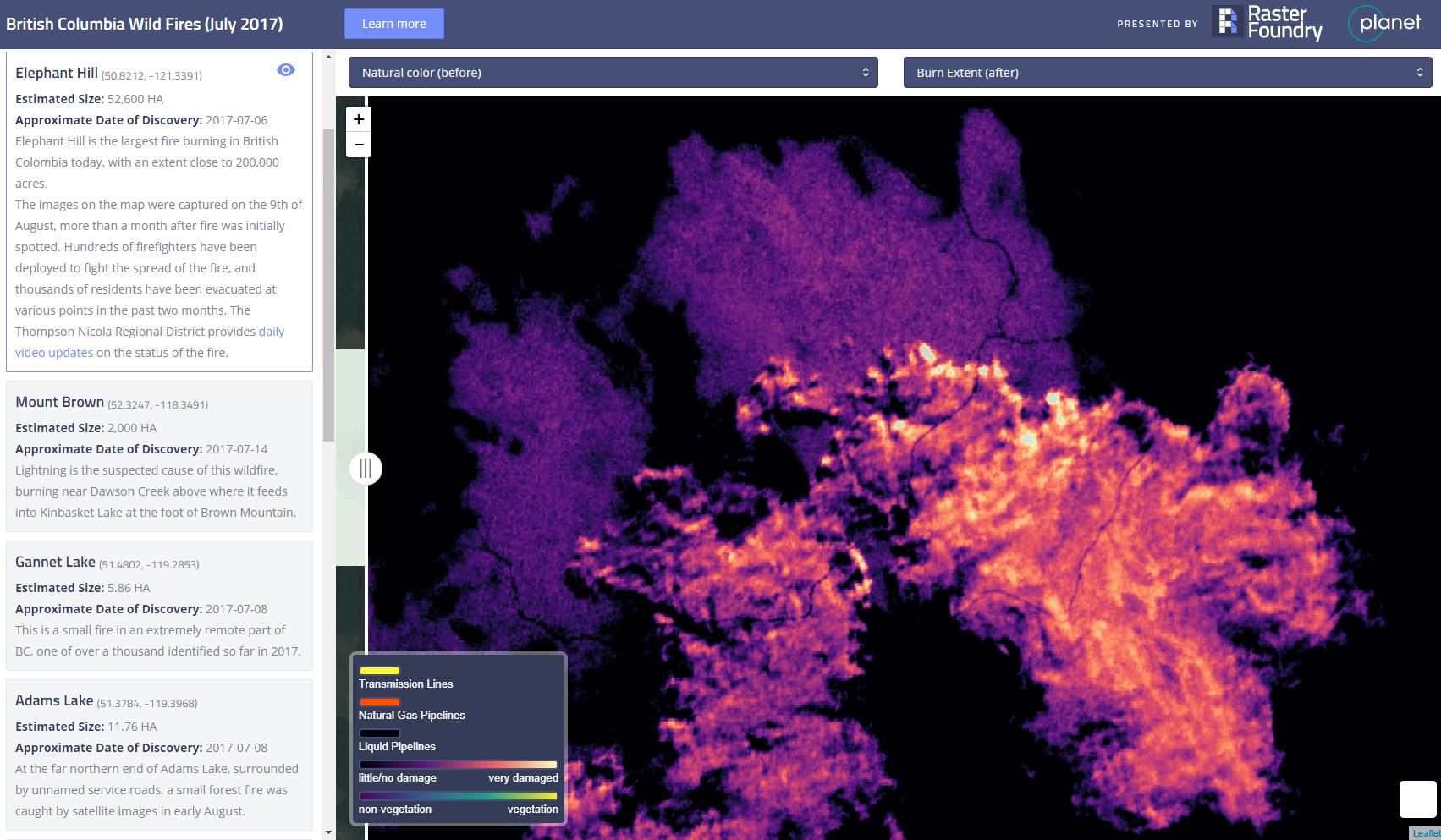 Alongside its products, Azavea’s work developing custom applications continues. One recent example uses geospatial data to understand the impacts of land use management on pollinator populations. The application is being developed with Michigan State University, University of Vermont, Penn State University, and other partners to model the impact of land cover changes on bee populations. Bees are really important pollinators and have a big impact on agriculture. How we manage land impacts the health of these pollinators. This application will enable farmers to model how changes they make to their land management will impact pollinator populations. 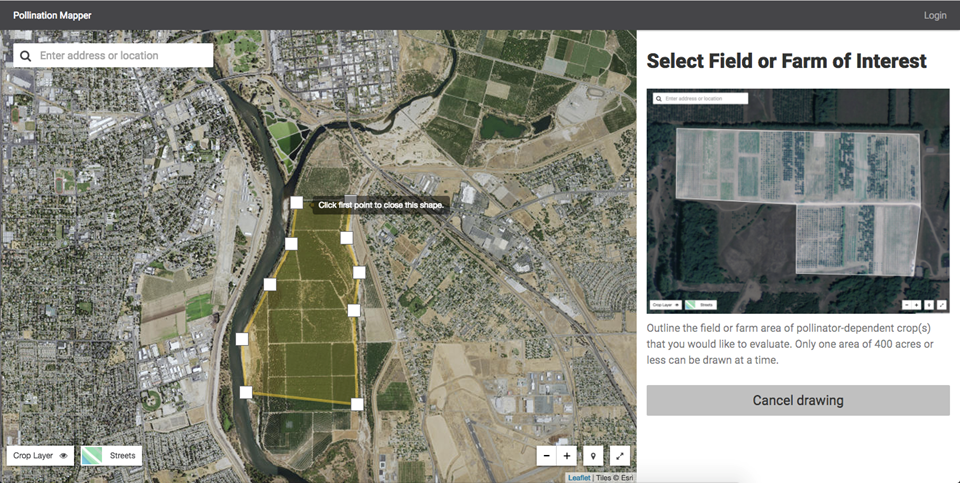 Cheetham envisions for the future of Azavea to have “more impact that has a greater effect on society over time as well as to continue to contribute to advancing the state-of-the-art in geospatial technology.”