Air pollution is considered the world’s deadliest form of pollution, and affects millions of individuals worldwide.  BreezoMeter is an award-winning company that provides hyperlocal air quality data to individuals, businesses and cities so that they can make informed decisions to improve health and quality of life.  Their platform uses innovative technology in machine learning and big data analytics to weave together data from satellites, government monitoring stations, traffic, and weather to construct geo-located air quality indexes (AQI).  The result is an application program interface (API) that is intuitive, actionable, simple and accurate, allowing users to easily grasp their local air conditions.

In-Depth: The Issue of Air Pollution

During the fall of 1948, tragedy struck the small mill town of Donora in southwestern Pennsylvania.  In what would be known as the worst recorded air pollution disaster in U.S. history, thousands of residents were injured and twenty lives were claimed by acute fluorosis, caused by a poisonous smog that engulfed the area for five straight days.  A result of both the presence of nearby zinc and steel industries as well as a persistent temperature inversion, the smog contained hydrofluoric acid, sulfur dioxide, carbon monoxide, and particulates such as zinc, cadmium and lead, severely reducing visibility and trapping residents in the town.  The significant damage to humans, animals, and crops of Donora during this event, along with the famous London Killer Fog four years later, brought attention to the grave consequences of air pollution, leading to the passage of the US Clean Air Act in 1963 to prevent such events from occurring in the future. 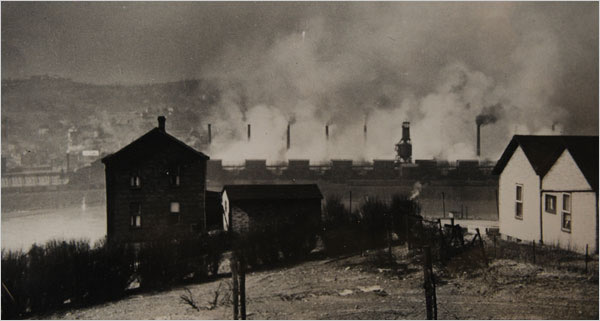 Smoke rising from mills in Donora.  Image from the Pennsylvania Center for the Book, credited to Donora Smog Museum

However, air pollution continues to be an issue on an international scale, as nearly 92% of the world’s population lives in areas that fall short of the World Health Organization’s (WHO) guideline levels.  The World Bank, in late 2016, stated that air pollution was the deadliest form of pollution that imposes significant economic burdens due to loss in labor income. A report by the WHO last month reaffirms this idea, as it found that respiratory infections, caused by exposure to air pollution, was the leading cause of death for children under five years of age.  The global scale of this issue is also reflected in a recent study by researchers at Tsinghua University, which found that approximately one-eighth of premature deaths due to emissions of fine particulate matter were caused by non-local pollutants, highlighting the widespread, wind-based dispersal of air pollution across global regions.  Export-based industries driven by demand of goods and services from wealthier countries with stricter air regulations accounted for 22% of the total deaths.  As reflected in the map below, air pollution is a pressing issue where local actions translate to global effects, especially in our increasingly interconnected world. 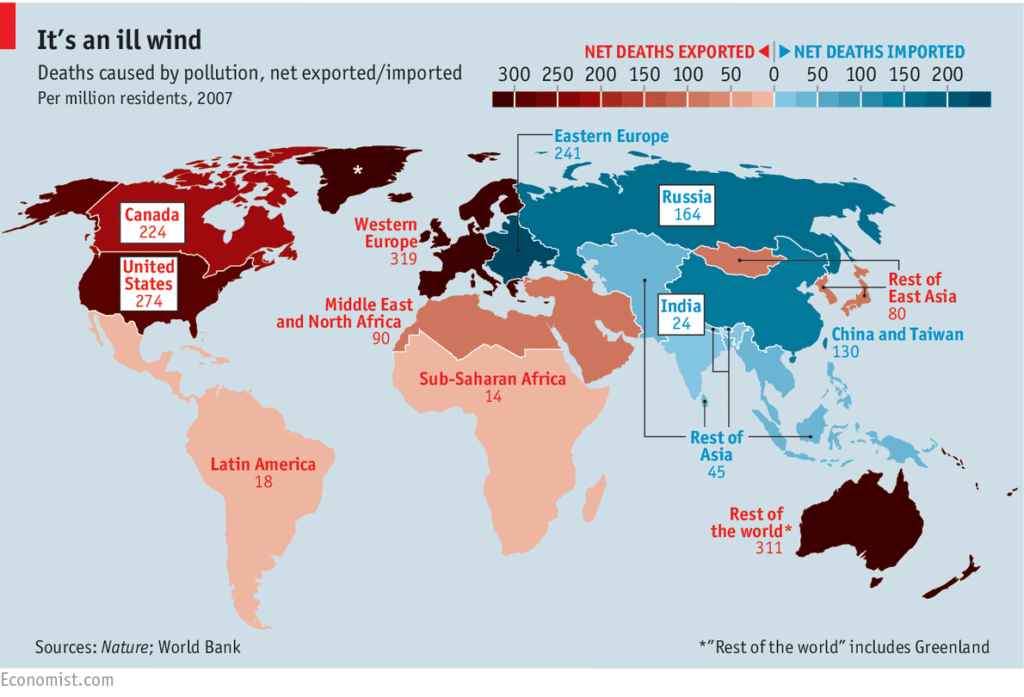 Air Pollution is a global issue.  Map retrieved from the Economist.

While the Donora incident was a particularly visible form of air pollution, many indications of air quality are invisible to the human eye.  BreezoMeter is a company that helps individuals, businesses and cities combat the issue of air pollution by using innovative technology in big data analytics to bring them hyperlocal air quality data and forecasts, making the invisible visible.  Their API presents this data with block-level accuracy in an intuitive, simple and actionable form comparable to weather reports, empowering users by allowing them to make informed decisions which improve their health and quality of life.
BreezoMeter was born from co-founder Ran Korber’s critical need to know the quality of air.  Due to family health sensitivities such as asthma, Korber was tasked with finding pollution-free areas for a new family home in 2012.  Existing reports of air quality were insufficient, as they were determined by readings from nearby monitoring stations, resulting in data that both generalized conditions over an entire area and didn’t account for constantly changing conditions.  Realizing the need on the market for a means to determine and monitor hyperlocal air quality conditions in real-time, Korber and a team of environmental and software engineers decided to devise a solution.

A Video from BreezoMeter explaining their technologies.

Air quality is a highly dynamic process that changes on a minute-by-minute basis, and  is governed by local weather conditions, presence or absence of traffic, and emissions due to nearby activities.  In order to provide geo-located indexes of air quality (AQI), BreezoMeter’s team developed software that combines machine learning techniques, big data analytics, dispersion algorithms and statistical verification.  BreezoMeter’s platform combines multiple sources of data from government monitoring, satellite, traffic, weather and wind into a big data infrastructure, where it is processed, analyzed, and fed into models that produce highly accurate AQIs and forecasts at block-level accuracy.  Repeated statistical testing is done using the leave-one-out cross validation method to ensure the precision of the data, which is also compared with readings from active air sensors in nearby areas.  “While there are millions of data points relating to the air we breathe, very few are willing and able to analyze it.  We’ve built the software to do this” states Ziv Lautman, the co-founder and CMO at BreezoMeter. 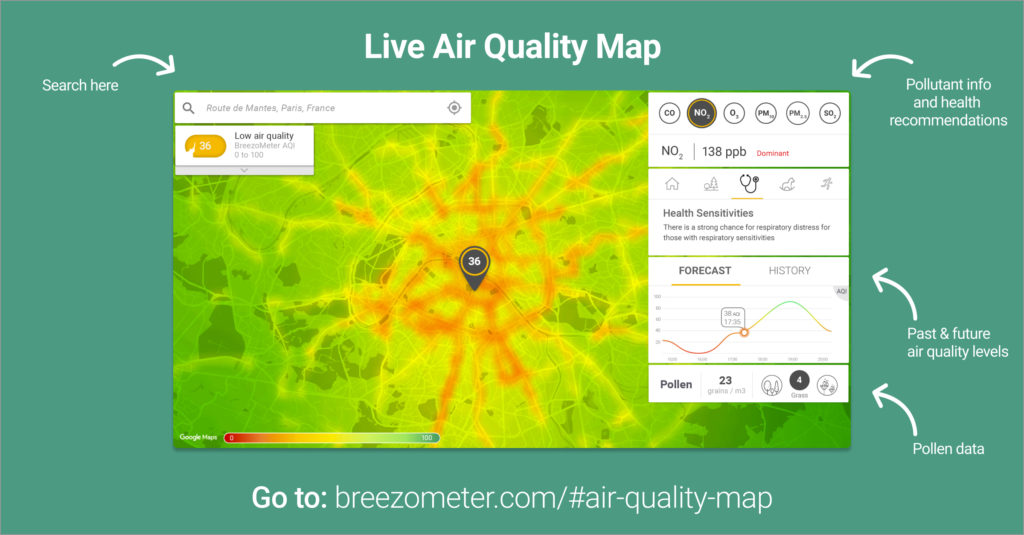 As the only company on the market that provides geo-located air quality data and forecasts, BreezoMeter has received widespread recognition for their work.  In 2015, both the White House and the United Nations recognized BreezoMeter for technology’s contribution to improving the human condition.  BreezoMeter was also named by the prestigious Cleantech Group in January 2017 as one of the top 100 companies in clean technology worldwide, and selected by the Unreasonable group and Barclays as a company that is positioned to create 500 jobs in the next five years.  BreezoMeter has also recently launched an online, interactive and real-time map of air pollution on their website, and plan to include pollen data in their forecasts in the coming months.  They are currently working with many companies to integrate their air quality data into new technology, creating a world that is better equipped and able to respond to air quality and pollution.  By making the invisible visible, BreezoMeter uses innovative technology to democratize air quality data, creating a world where you can breathe easier.