Cesium is the foundational open platform for software applications designed to unleash the power of 3D location data. Location data collected by satellites, aircrafts and drones in today’s world is 3D in nature and Cesium unlocks the potential of this geospatial data and allows for the building of real-world 3D data into software applications. Cesium is building the platform that bridges the gap between the acquisition of real-world data and the end-user insight and experience across many economic sectors.

AGS was fortunate to set up a virtual meeting with Mr. Patrick Cozzi, the creator and CEO of Cesium. He is a recognized expert in 3D computer graphics, open standards, and open-source software. He created the Cesium WebGL engine and 3D Tiles, an Open Geospatial Consortium (OGC) Community Standard for streaming massive heterogeneous 3D geospatial datasets.

Cesium was founded in 2011 within the aerospace and defense software company, AGI, an Ansys Company, as a next-generation 3D visualization platform for aerospace. It was made as a free, open-source platform which allowed for markets outside of aerospace to utilize the engine for real-word visualization. The explosion of interest in 3D geospatial data broadened Cesium’s vision to go from 3D visualization for aerospace to a platform for 3D geospatial. It was decided in June 2019 that the best way to achieve the vision of Cesium was to spin-out the team to a separate company and allow the platform to grow as a new entity.

As of December 2020, Cesium has a team of 37, each dedicated to the advancement of the 3D geospatial field. They are headquartered in Philadelphia, Pennsylvania, a city with a rich history of innovation. It’s an ideal location for connecting with world-class universities and proximity to Washington, D.C., where Cesium works closely with the federal government on many initiatives and projects. Mr. Cozzi says that as a platform, Cesium is enabling other software developers to build powerful 3D geospatial applications. He says that it’s satisfying to see Cesium provide the building blocks for projects like Red Bull X-Alps, a paragliding and hiking race in which athletes must hike or fly 1,000 kilometers (621 miles) across the Alps.

A major project that Cesium is currently working on is Smart Construction for earthworks in partnership with Komatsu, the world’s 2nd largest producer of heavy machinery for construction and mining. In earthworks, digital twins of construction sites are created with data from drones, traditional surveys, and intelligent machines equipped with GPS, allowing the sites to be measured and monitored from anywhere in the world. Other projects include collaborations with Uber, Epic Games (the creators of Fortnite), and commercial real estate company JLL. 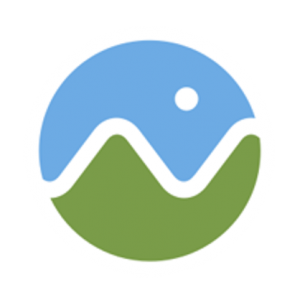 Applications built with Cesium are used for everything from planning flights and building digital twins of smart cities. They serve a wide range of customers across industry and government and continue to unlock the potential of 3D geospatial across the world.