The American Geographical Society had the privilege of meeting with Crowd2Map Tanzania’s founder, Ms. Janet Chapman. Crowd2Map is an entirely volunteer-based mapping project using crowdsourced data to help put rural Tanzania on the map. Since its conception in 2015, volunteers on the ground and online have added schools, hospitals, roads, and villages to OpenStreetMap with the objective of helping communities better navigate, plan their development, and protect girls from FGM (female genital mutilation). 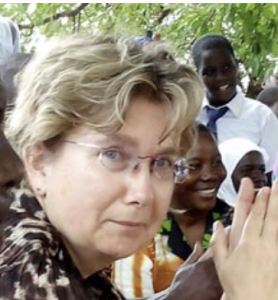 The crowdsourced platform allows anyone with an internet connection to contribute to Crowd2Map Tanzania’s initiative. Volunteers can find projects through the HOT (Humanitarian OpenSteetMap Team) task manager. These tasks usually include outlining roads and buildings from satellite images of an area. There are various projects for volunteers to choose from and a Slack channel for mappers to connect and receive training. Once these tasks are validated, the Crowd2Map team on the ground in Tanzania will add further detail to the maps using the Maps.Me app and their local knowledge. So far, volunteers have added over five million buildings covering over 120,358 square km and over 232,585 km of road networks.

Ms. Chapman started this project six years ago after a decade of working with Tanzania Development Trust. Her time with the trust revealed an enormous problem that is hard to imagine in today’s connected world: there were entire villages with thousands of people that did not appear on any maps. “It seemed like a solvable problem,”remarked Chapman. The limited accessibility to these regions left them underdeveloped and at more risk, especially in the context of FGM.

Strengthening maps is pertinent to fighting FGM in Tanzania and is one of the major goals of Crowd2Map. FGM is the intentional altering or injuring of the female genitals for non-medical reasons. Some groups in Tanzania have historically performed these procedures, however, FGM performed on minors under eighteen became illegal in 1998. That being said, FGM still takes place in Tanzania in secret and often at night in remote areas. Prior to Crowd2Map Tanzania, it was incredibly difficult for law enforcement and rescuers to reach FGM victims in time to stop the crime. Since 2015, Crowd2Map has utilized the OpenStreetMap platform to map these regions and fight to end FGM. 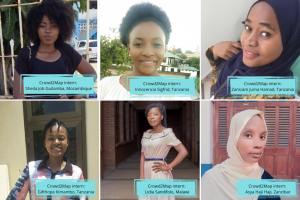 In just six years after its founding, Crowd2Map Tanzania now consists of a strong network of 16,900 remote mapping volunteers and over 5,000 knowledgeable local field mappers. The expansive network of volunteers is critical to the efforts of Crowd2Map Tanzania. This network of digital champions are pushing the future of Tanzania and anti-FGM campaigns in a positive direction. Crowd2Map volunteers are able to get digital badges for their achievements, as well as the satisfaction of knowing their efforts are helping to save young girls at risk of illegal FGM. Thanks to this work, there are now Youthmappers chapters in 16 different colleges in Tanzania.

Crowd2Map recently celebrated their sixth birthday with a mapathon, Happy Birthday Crowd2Map! If you would like to get involved with Crowd2Map Tanzania, please visit the links below to learn more. You can also find @Crowd2Map on Facebook, Instagram and Twitter.