Can artificial intelligence map the world? Ecopia.AI (“Ecopia”), a geospatial data and technology company based in Toronto, Ontario, thinks that the answer is a resounding “yes.”

The American Geographical Society recently spoke with Co-Founder and President Jon Lipinski about the company’s founding, past mapping projects, and Ecopia’s plans for the future.

Ecopia’s mission is to digitize the world using artificial intelligence (“AI”). Co-Founder and CEO Yuanming Shu began developing the core technology as a PhD researcher at the University of Waterloo in Ontario. In 2013, Shu started looking for ways to commercialize this research, and received an offer from an established company in the industry to purchase his technology. Instead, choosing a more entrepreneurial path, Shu started working with a friend, Shuo Tan (a Master’s student at the University of Waterloo), towards the creation of a startup. In 2013 the two met Jon Lipinski, an HBA graduate of the Richard Ivey School of Business at Western Ontario University, and Ecopia was founded shortly thereafter with funding from the Federal Government of Canada and University of Waterloo. Since then, the company has grown organically to include a team of roughly 30 machine learning experts, geospatial scientists, and business people.

The company’s innovative technology uses AI-based workflows to extract features from high-resolution geospatial imagery. In other words, algorithms mine imagery to create representations of objects such as building footprints, roads and sidewalks, and other features of the physical landscape. This data can then be exported to geographic information systems (GIS) software for further analysis. Digital maps created using GIS are widely used in public policy, urban planning, and international development. The Southeast Michigan Council of Governments, for instance, used Ecopia’s feature extraction process to create a comprehensive overview of the region’s sidewalk and crosswalk infrastructure, in order to improve the region’s walkability and the quality of life of its residents. 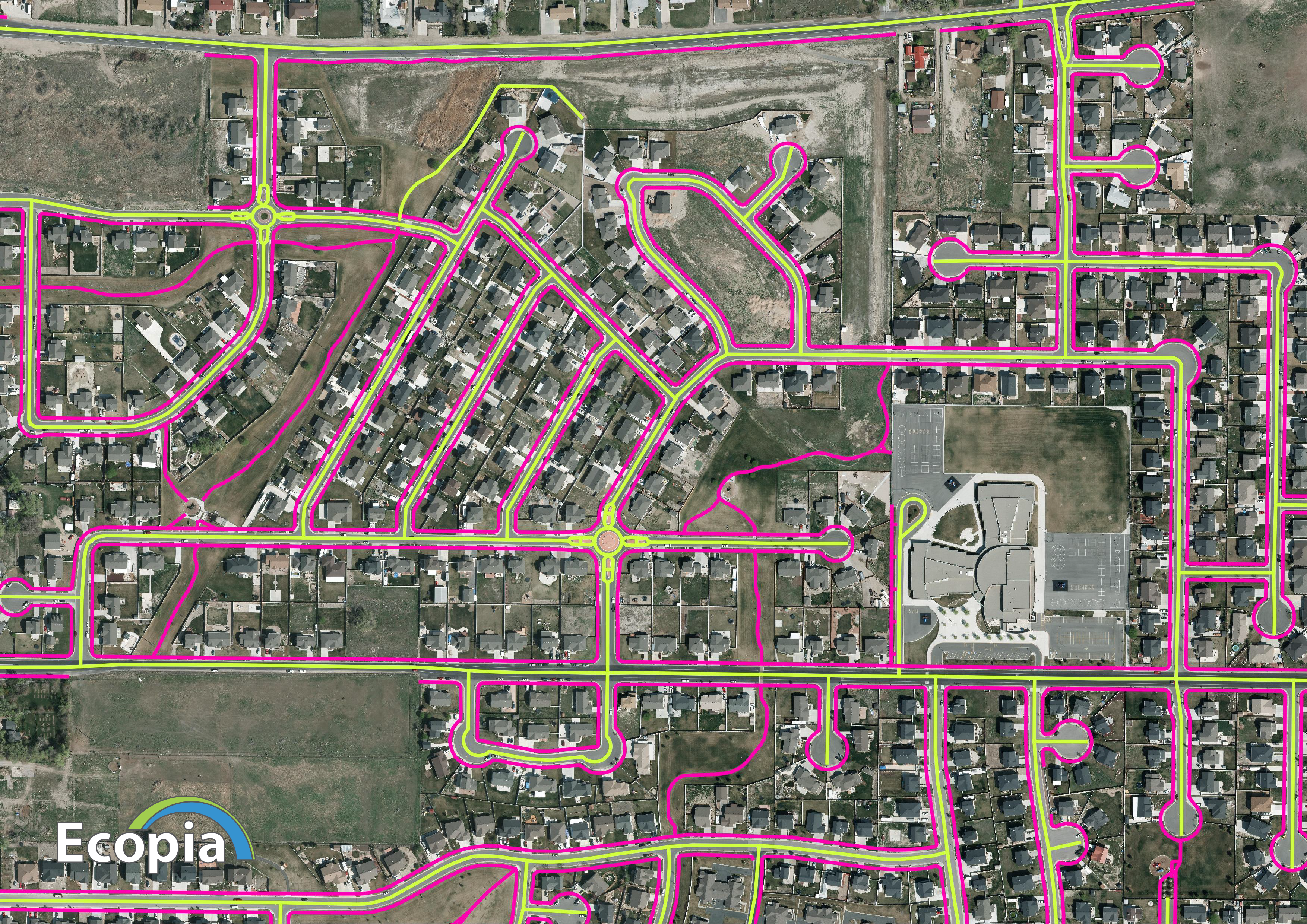 According to Lipinski, Ecopia’s goal is to digitize the world, starting with “scaling the capabilities of a GIS technician.” Digitization using artificial intelligence is more expedient and as accurate as a manual digitization process. This allows for feature digitization at a continental scale, a process the company has commercialized as “Global Feature Extraction.” Ecopia has already used this methodology to mine satellite imagery of the entire US – creating the first complete map of each of the 169 million buildings across the entire country in a matter of months – a process that Lipinski says would have taken a team of a hundred manual analysts years to complete using traditional manual processes. This data is now embedded into various decision-making platforms across industries. For example, CoreLogic, a property analytics company, uses this product to help insurers better assess risk and price policies.

Additional algorithms can be used to match addresses to their appropriate geographic locations based on the primary building at each address, a process known as “geocoding.” Using Ecopia’s unique comprehensive database of buildings in the US, the country’s “Enhanced Geocoded Footprints” product offering has pinned the correct address on each of the 169 million buildings across the United States.

Looking internationally – last year, in partnership with Maxar Technologies (previously DigitalGlobe), Ecopia mapped the country of Tanzania in just three weeks, digitizing more than 18 million buildings across an area of nearly 1 million square kilometers with greater than 90% accuracy. And, just last month, Ecopia announced an initiative to create the first comprehensive digital map of the entirety of Sub-Saharan Africa by leveraging their artificial intelligence systems. This project will include an estimated 342 million buildings, 3.8 million km of roads, and 582 million ha of forests. The resulting data will empower governments, NGOs and businesses to optimize their efforts on the ground; helping to optimize the distribution of vaccines, planning and deployment of renewable energy infrastructure, and monitoring and policing of deforestation. 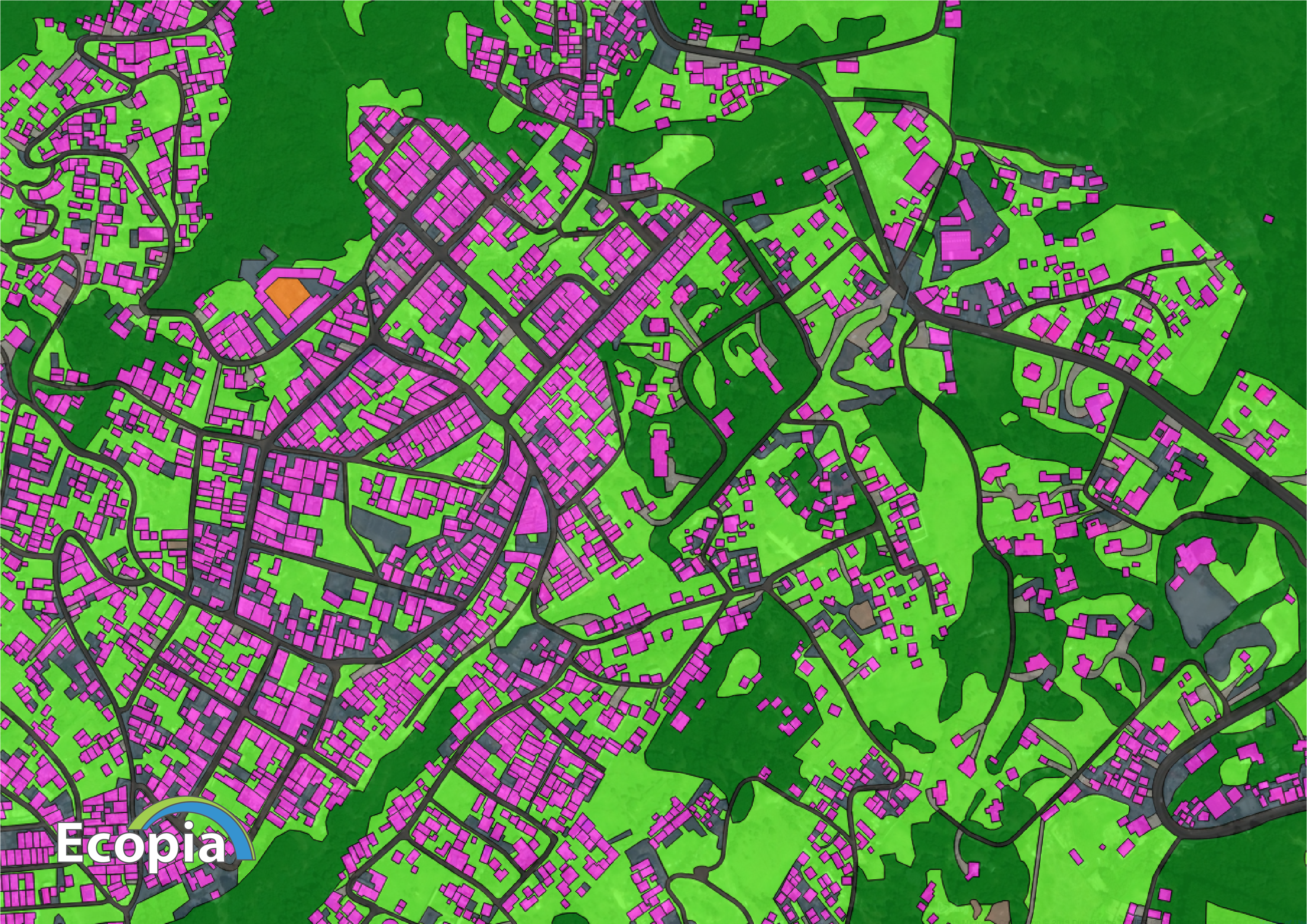 Ecopia received $6.7 million in funding towards the completion of this project from Sustainable Development Technology Canada, a foundation created by the Government of Canada to advance clean technology innovation in Canada. Ecopia plans to create an initial version of the map within one year, and provide annual updates to this first-of-its-kind dataset thereafter.

With all these exciting developments, it is evident that Ecopia is well on the way to digitizing the world using AI. For more information on Ecopia, visit the company’s website, Linkedin, and Twitter.