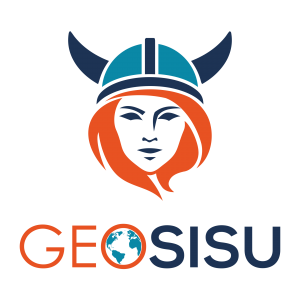 When Jessica King, fearless leader of geospatial firm GeoSISU, set out to found her company in 2018, she kept her goal concise and clear: she wanted to help geospatial businesses and people grow. Now in its third year of business, GeoSISU serves a portfolio of over 15 customers working in intelligence and national security spaces.

Working in three key spaces of Business Development, Technology Mentoring, and GEOINT Solutions. GeoSISU assists geospatial and space-focused start-ups bringing cutting edge technologies to clients in the U.S. Government. With a team of dedicated experts and consultants, GeoSISU benefits from a familiarity of both sides of the business: King and her team understand the technology and data brought to market by new firms, and simultaneously the frameworks within, which new technologies will best operate for the government customers.

GeoSISU has built a large network of experts within geospatial and national security spaces that is paramount to its success. In a recent interview with The Pulse, King highlighted the importance of relationships in the Intelligence Community (IC): “It is essential to establish relationships with decision-makers…In the IC it is harder to establish an ad-hoc relationship, so you need to work with and build a relationship through hard work, trust, and consistency.” By cultivating a team with wide-ranging expertise, strong relationships with customers, and an understanding of the latest technologies, GeoSISU remains at the forefront of geospatial solutioneering.

The company also serves as a business development firm, assisting their clients with diverse needs from strategy and growth planning, to proposal support, to social media services, public relations, marketing, and branding. GeoSISU consultants “act as an extension of their (client’s) current team” in order to achieve success and grow businesses.

Founded on the principle of ensuring growth for both businesses and people, King leads her team with Finnish “SISU” spirit: “endurance, resilience, tenacity, determination, grit, perseverance, bravery, and empowerment.” With over 23 years of leadership experience in the geospatial and intelligence field, King is someone industry and government leaders call when they want to launch something new or solve a mission focused challenge. In our interview, King recalled the reactions of her friends and family when she decided to pursue a degree in geography as being something along the lines of “Why!?!” She explained to them, “there is this little technology called GIS…and it is going to change the way we visualize our earth and how people interact with it.”

During her first job as a GIS Manager for the town of Arkadelphia, Arkansas, King applied for an ESRI grant to build a GIS system in the town that did not have a single digital map — and was just hit by a F4 tornado. King borrowed GPS units from the sanitation department and attached them to garbage trucks as they drove around the city to create a base layer of the local road network.  Being a grant recipient, she presented her progress at the 1999 ESRI International Users Conference. At the conference’s evening event King spoke with two executives from MRJ Technologies, a former CIA Intelligence officer and the Director of Geospatial Missions who were impressed by her innovative use of the technology and offered her an interview in Washington, DC.

Not long after, King found herself with a job in the capital, and she has been there ever since. King has worked across key intel agencies, government, and industry sectors spanning portfolios of agriculture, national security, defense, and geospatial technology. She is credited with managing over 17 major geospatial focused projects to include the creation and release of the common land unit (CLU) for USDA and management of the Geospatial Intelligence Coordinating Committee (GICC).

After a few years as a senior vice president at a leading geospatial technology firm, King knew she wanted to go out on her own. Coming from an entrepreneurial family, King kept returning to the idea of growth, realizing that many women in the geospatial industry found it difficult to grow within the field. After a trip around the world to reflect on her career goals, the idea of GeoSISU was born.

King set out not only to leverage her skills in the geospatial technology and government worlds, but also to create an atmosphere where women could flourish and find opportunities in the often male-dominated industry. By empowering her team members and sharing the lesson she has learned from mentors in her life, she considers herself not as a supervisor to her team, but rather a coach.

When asked about the future of the industry, King described the work of GeoSISU in implementing cutting edge technologies (at the moment, many of her clients are focused on the ability to bring the use of synthetic-aperture radar (SAR) to GIS users everywhere) but also mentioned a loftier task, to form “a joint industry and government technology and analytic focused mentorship program for dyslexic and neurodiversity that empowers and teaches college graduates tools sets, workflows and skills from retired Intel officers across multiple domains.” GeoSISU is very likely to accomplish this goal, as it continues to lead with the crusading spirit and gut instinct of their logo, the female Viking.

To learn more about GeoSISU, please visit their website at geosisu.com.