LearningPlunge, Inc. is a nonprofit organization based in Washington, DC that develops fun and informative card games, called GeoPlunge, for children and young students to help them learn trivia about the United States’ geography. GeoPlunge also teaches children communication skills and sportsmanship, in addition to social studies and spatial knowledge. GeoPlunge games are easy to learn and can be played at home, in school, or at one of the tournaments organized by LearningPlunge, Inc. 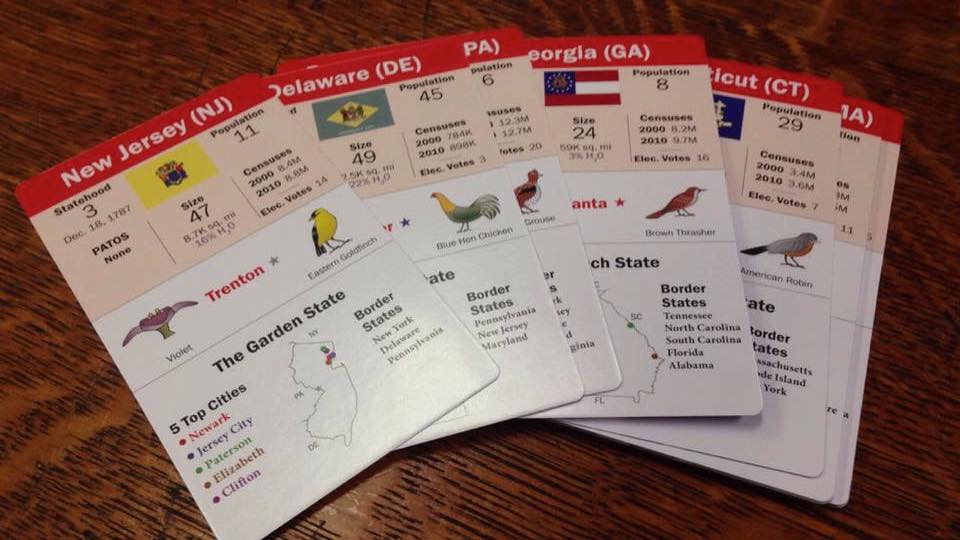 The designers at LearningPlunge, Inc. carefully crafted GeoPlunge to merge critical thinking with substantiate learning. The children not only memorize several vital facts, but also learn to analyze information carefully to come up with the correct answer. The games are designed to resonate with all kinds of learners, from the smartest kid in class to the students who struggle to pay attention. LearningPlunge, Inc.’s goal is to spread GeoPlunge into suburban and urban schools all across the nation and enhance geographic literacy and education around the country. 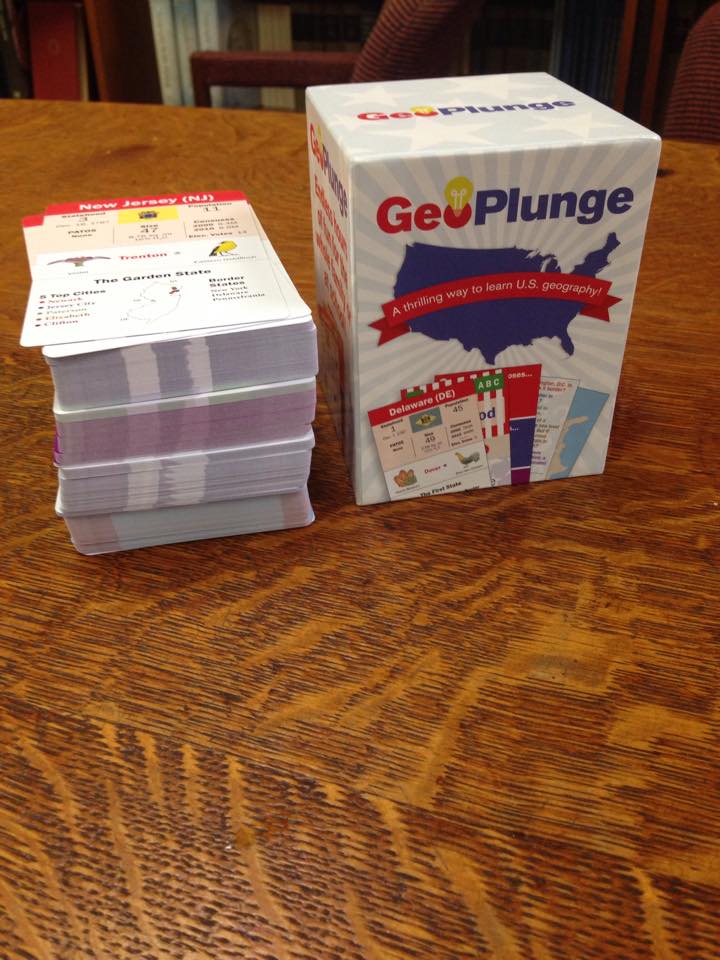 The GeoPlunge box includes several games in one set, with easier games designed for ages 5 and up, intermediate games for 8 and up, and advanced games for children years 11 and up. The games will have kids learn all the state capitals and the border states for each state, the location of each state on the map, the date and order each state entered into the nation, and the size and population rankings for the states. Additionally, they will learn about 250 U.S. cities, landmarks, bodies of water, mountains, parks, state flags, flowers, birds, and electoral votes, as well as U.S. history and sports-related geography. One GeoPlunge set includes 224 cards so the game can be played for endless hours of fun and learning.

The American Geographical Society reached out to the GeoPlunge team for further information on their background and vision, and Executive Director Robin Hayutin was kind enough to provide us with the following insights:

“Approximately ten years ago, Alan Fishel invented and produced a geography game, GeoPlunge, an award-winning game that combines knowledge about U.S. geography, teamwork and critical thinking.  Among other things, the game teaches all 50 State Capitals; 150 U.S. cities (three per state) and where they are located in the state; each state’s border states, and where, in relation to the state, those border states are located; the order in which each state entered the Union; each state’s ranking (from 1 to 50) based on size; each state’s ranking (from 1 to 50) based on population; the state flower and state bird for each state; and each state’s time zone, who was President when the state joined the Union,and a lot of interesting facts about each state.  We are just unveiling a new version of the game with input from teachers. The game is more than just facts – it involves a lot of strategy that requires strong and quick critical thinking and analytical skills to excel.  Students work together in teams of three, fostering teamwork.  The best part about it is that it is fun — the kids love it and learn without even realizing that the are learning.

Administrators and teachers at all levels have praised the game and its contribution to education.   Students are constantly asking, “When is the next tournament?”  Twice the D.C. Mayor has declared tournament day as “GeoPlunge Day” throughout the city.

Both D.C. Public School Chancellor Kaya Henderson and former Chancellor, Michelle Rhee, have commented on the GeoPlunge program.  Kaya Henderson was quoted as saying, “This opportunity is absolutely huge for our students. The GeoPlunge Tournament instills in them a love of geography at a critical time in their educational development.  They have a chance to interact with their peers at other schools.  They understand team sports in a very different way, and they are rewarded for their academic success.  To see these kids engage around GeoPlunge is very heartwarming.”  Former D.C. School Chancellor Rhee similarly stated: “the GeoPlunge tournament generates excitement around learning that is critical for our kids to thrive.”

At the most recent tournament in December, Alecia Francis, a fourth grade teacher at Ludlow Taylor Elementary School stated in an interview that GeoPlunge is the hottest club for students to join at that school.  She said that at the beginning of the program, her students didn’t know the capitals of neighboring states, Virginia and Maryland. Now they know facts about all 50 states. She said that whole families get into the game and play at home together.  She said that kids love the camaraderie and teamwork and that there are benefits all over the place in the classroom and on the playground; kids are working at an advanced level in all aspects of school and that things weren’t necessarily that way before.  Similarly, an instructor at West Education Campus said that because of the GeoPlunge program, kids who never raised their hands before now have the confidence to participate in class and they now excel in the classroom in ways they never did before.

One grandfather that was interviewed said that GeoPlunge has impacted all of his grandson’s studies, as it has given him confidence and shown him the value of preparation. A parent of a 5th grade student from Cleveland Elementary School said that her son has become more focused in his other academics as a result of his participation with GeoPlunge and that he even asked to miss basketball practice to go to his school’s GeoPlunge practice. Another parent said that the whole school cheers the GeoPlunge team on.

These are just a small sample of the positive comments and stories about the program.  With positive feedback and energy from all that are involved, countless people have said that GeoPlunge is truly a program that has brought the community together — students from around the city, teachers, administrators and the business community that supports the D.C. Public School system.”