Madécasse is a Brooklyn-based chocolate and vanilla company that was established in 2006 by two Peace Corps volunteers who had served in Madagascar. The mission of the company is to empower Madagascar’s cocoa farmers, strengthen the local economy and protect the environment.

Madécasse’s efforts go beyond the aims of fair trade products, as they are not just ensuring fair wages and labor conditions, but are curbing the exploitive global supply chain that has left many African farmers in poverty, by having the entire production process take place in Madagascar, from growing the cocoa, to making the chocolate, and packaging the final product. Africa grows 70% of the world’s cocoa and 65% of the world’s vanilla, but only 1% of the world’s chocolate and vanilla extract are actually produced in Africa, which contributes to the extensive poverty on this resource rich continent. Madécasse has already created 200 jobs with a meaningful income for people in Madagascar by sourcing their ingredients, which include numerous other products that go into the chocolate bars, and running their production on the island. Madécasse has also demonstrated its environmental sustainability by protecting 70,000 fragile native cocoa trees through sustainable cocoa farming, which in turn provides habitat for over 65 plant and animal species. 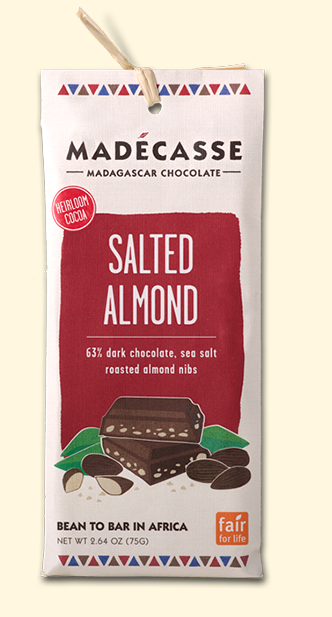 The finished products are sold primarily at Whole Foods in the U.S., although they are also available in other stores in the U.S., the U.K., and in some locations around Africa. While the business model currently only operates in Madagascar, there has been some discussion of expanding the model to empower farmers in other African countries.

We reached out the Madecasse team for some more background on the work they do, and Communications Manager Christi Turner kind enough to provide us with the following information on their company. 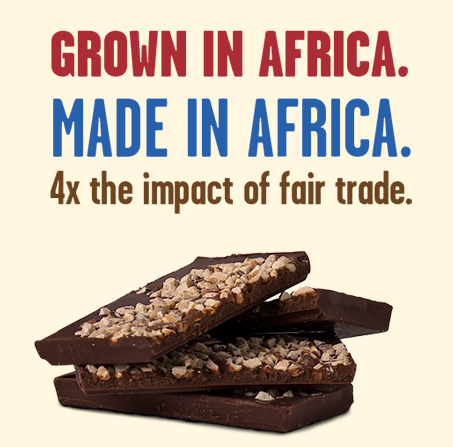 “We work directly with cocoa farmers in Madagascar to improve the quality of their fermentation and drying – parts of the cocoa-to-chocolate process that farmers do not often partake in – in order to help them get higher prices for their cocoa; we also help them obtain fair trade and organic certification.

We’re working with some rare genetic varieties of cocoa on our farms, and we focus on its unique flavor, quality and value for the ecosystem. This is different than most of the cocoa industry, which tends to focus on volume over quality or other considerations. From a big-picture standpoint: in order for the cocoa industry to be more sustainable, it needs to shift its focus to quality over volume, and consider what “quality” means, all the way back to the seedling. You’ve seen this sort of shift in coffee industry. The chocolate industry is certainly coming around, but more slowly. 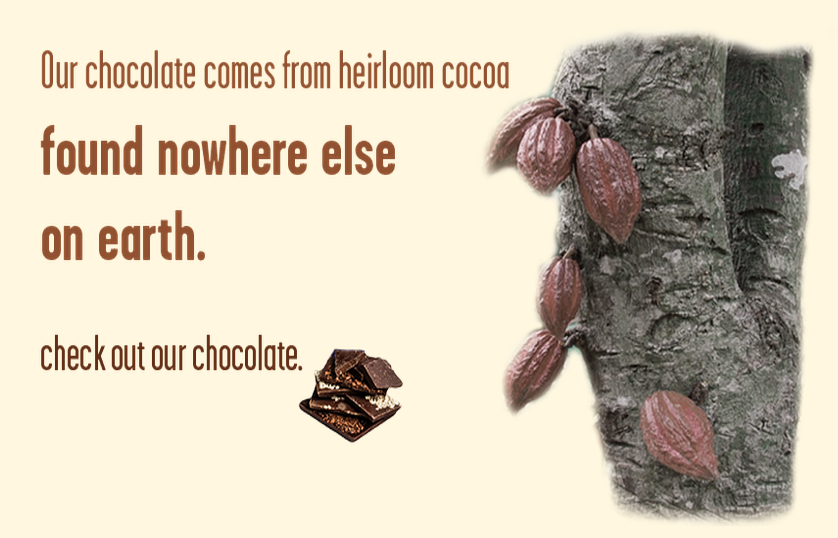 We started a chocolate R&D lab on the ground in Madagascar last year, in the capital of Antananarivo. Under the guidance of our Malagasy, Cornell-trained, university professor food scientist named Fanja Fawbush, we’re developing interesting flavors in the lab – and producing micro-batches directly from single plots of cocoa trees, allowing us to detect subtle flavor differences associated with the different varieties of cocoa found in different areas of the Sambirano River valley (where our cocoa is grown). We’re also experimenting with unique flavors combinations in the lab, featuring other native ingredients in Madagascar. We’re currently working on a chocolate bar with baobab fruit, for example; we aim to have it ready in September.

On the business development side, we’re now at a point where we’re working with larger financial institutions to fund our growth. It’s very important for us (and any social enterprise) to find sources of capital that align with our values and long-term approach to value creation. We’re in the final stages of a capital raise with the International Finance Corporation (part of the World Bank Group).  This investment will enable us to improve our supply chain in Madagascar and expand our distribution reach in the U.S., while adhering to our core values and mission.”