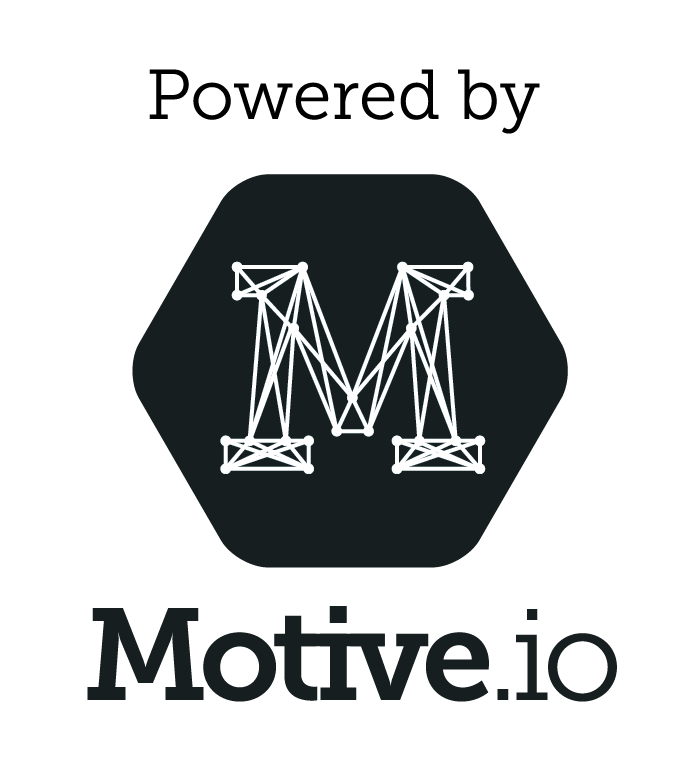 Whether it’s to find the nearest restaurant, to check today’s weather, or to determine the shortest route to a specified destination, location-based services play an integral role in getting people through their daily routines.  But can the ubiquitous smartphone and the multitude of geo-spatial data collected by these services be harnessed for creative endeavors?  Motive.io believes so, as they introduce a powerful authoring tool that integrates location-based services with a drag-and-drop programming interface, allowing the user to develop location based, augmented reality (AR) games and apps which create immersive experiences highly sensitive to the player’s immediate environment.

The origins of Motive.io can be traced to the company RocketChicken Interactive, where CEO Ryan Chapman strove to push the limits of what games can do with smartphone technology.  “I was always surrounded by like-minded people that were never quite satisfied with what technology was doing at the time… when we looked at the [smartphone] we saw something much bigger than just another way to deliver an arcade game,” states Ryan in an interview with AGS.  Most mobile games took little advantage of the full capabilities of a smartphone, which is essentially a basic GPS, accelerometer, and gyroscope all packaged into a single device with an always-on internet connection.

Drawing inspiration from both a founding member’s film-making background and interests in the geo-caching, the company produced CodeRunner, a critically-acclaimed espionage adventure where the the player undertakes missions based on their own local, real-world GPS-locations.  “What was really remarkable about [CodeRunner] was how personal the experience felt,” says Ryan, as it used geospatial data to transform the player’s immediate surroundings into a setting for the story. 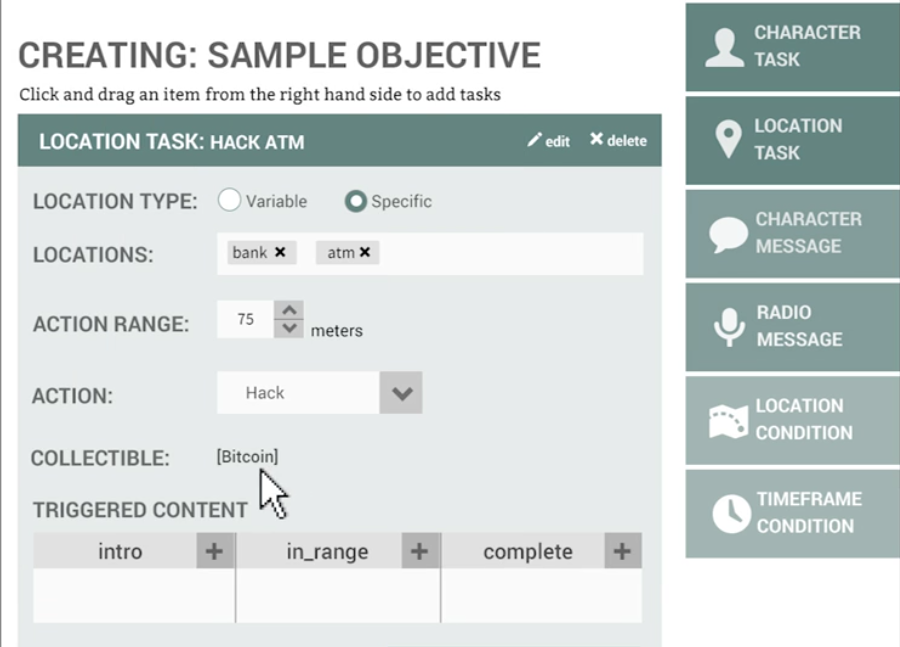 A sample of the Motive.io authoring tool. Image taken from their video.

While developing a sequel to CodeRunner, they realized that they were creating a toolset for developing location-based games that integrate the sensing technologies of the smartphone.  This realization lead to the founding of  Motive.io, which aims to make this toolset available to other creators and developers, allowing them to separate the experiences they create from the location data that drives these experiences.  One surprising aspect of Motive.io is how it serves as an aggregator of location-based services, allowing the developer to tap into popular applications like Foursquare, extract information on location conditions from weather services, or to even incorporate their own datasets to affect the experience or gameplay, specifying conditions where certain events are triggered.

Since its conception, Motive.io has found success in a number of apps that bring location-based gaming and experiences in a new direction.  One example is the Jungle-ized app, an interactive audio-art installation developed by Motive.io for the Soundwalk Collective and David de Rothschild to raise awareness about environmental issues.  This particular app projects the soundscape of the Amazon rainforest onto an 8-block area of Times Square, where each street corresponds to a certain time of day and location within the forest, allowing the user to simultaneously experience the natural and urban jungle.  Another example is the University of British Columbia’s Geography 121 Walking Tour, an app that features an interactive audio-tour geo-located lectures and quizzes, reflecting how location-based data be used to create engaging educational experiences beyond the scope of entertainment and games.  Currently, they are developing a project titled Recollection, which is an “interactive podcast” that changes based on your location. It follows the story of a time-traveler who has suddenly been transported to modern day from a dystopian future, and must piece together the fragments of her memory and identity, allowing the player to unravel her story as they traverse their surroundings.  These projects showcase how Motive.io’s authoring tool allows for the creation of narratives and immersive experiences driven by the same spatial data we utilize in our daily lives.

Above: A video about Motive.io and its authoring tool.