A small design studio in East London, The Future Mapping Company has been re-defining wall maps for over a decade. They combine a modern aesthetic with age-old printing processes so that each map is made to the highest quality, celebrating the beauty in map data. The Company believes design should be accessible to everyone and maps are a great platform for this as they are so universal.

Marcus Kirby founded The Future Mapping Company in 2003 after he realised he could apply methodologies he learned from working on Savile Row to another age-old art. “An image of the world we live in is a great visual for the home that inspires conversation. We want to position maps at the centre of everyday life, which is why we’re designing beautiful pieces that appeal to the modern worldview, while championing traditional printing processes.” Kirby continuously succeeds in facing the challenge of building functional maps with stylistic edges.

Each map takes nine months to develop. On its release, the Future map made a bold statement with its vibrant colors and equal-area projection, showing the countries in their correct proportions. By using the traditional lithographic process, each color on the map is its own plate laid down individually to create a stunning, beautiful print. Simon Alderson of tastemaking design store, twentytwentyone named it a ‘design classic’. In 2013, the British Cartographic Society awarded The Future Mapping Company’s New York City Map for the intense data crunching and painstaking design work that went into mapping the buildings, streets, cycle routes, and transport networks of all five boroughs.

“There’s something so personal and unpretentious about tracing your finger around the world.” 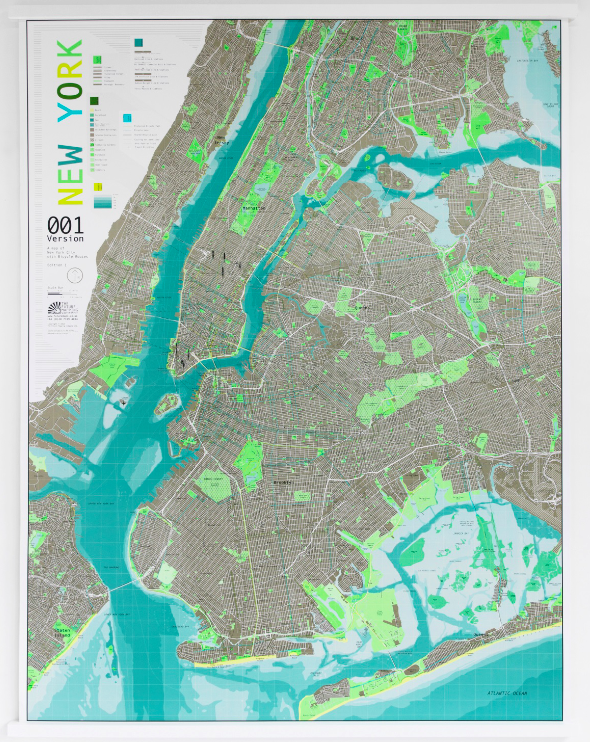 The Future Mapping Company will soon be releasing its first ever Celestial Map! For more news, please support and follow the team on Facebook or sign up for their newsletter.