Trail Titans is the Google Street View for mountain climbing. The developers capture 360° trail views of the world’s highest mountains and create an interactive climbing experience for desktop and mobile users. They give hikers, climbers, and even couch potatoes the ability to climb every step of the trail, which can be a crucial planning tool, a motivational inspiration, or a beautiful journey through distant unachievable territory. 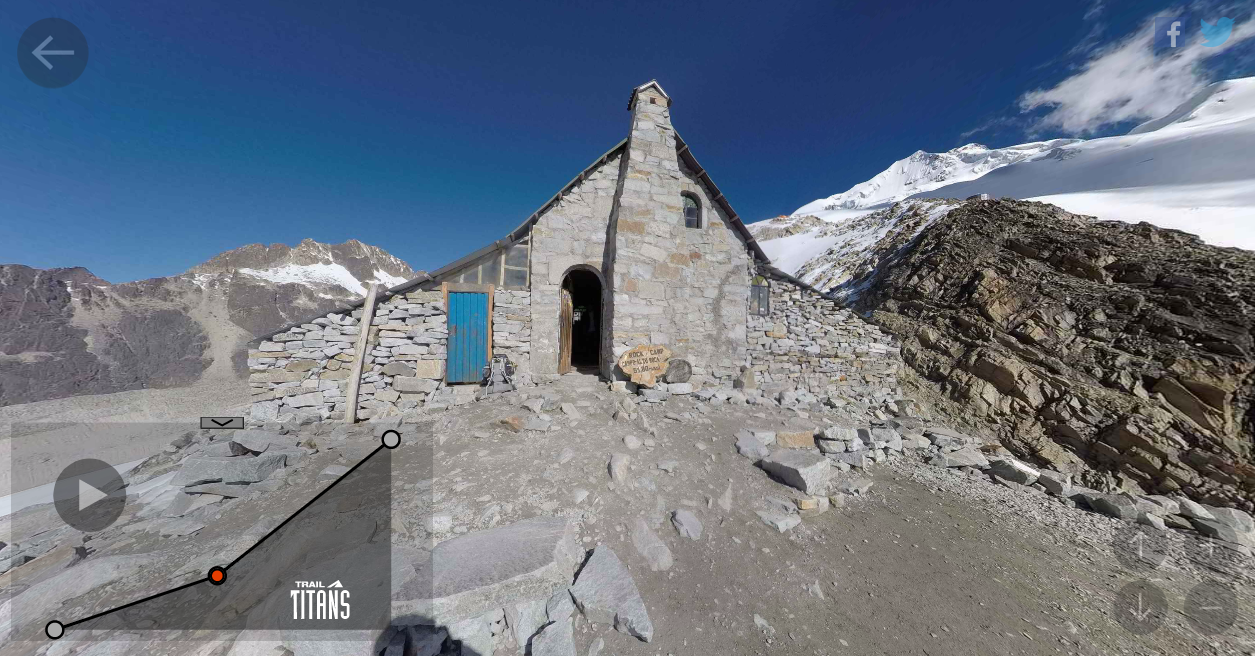 The people who collect the imagery are called Titans. Some of them are local guides, and others are just intense climbers who agree to capture their journeys. They are capturing imagery that has never been taken before, and so Trail Titans believes that they deserve the “epic name Titans”. Anyone can become a Titan, as long as they love climbing, and they will get compensated for the pictures they provide to the service. So if you are a climber you can register with the Trail titans to start selling your imagery. 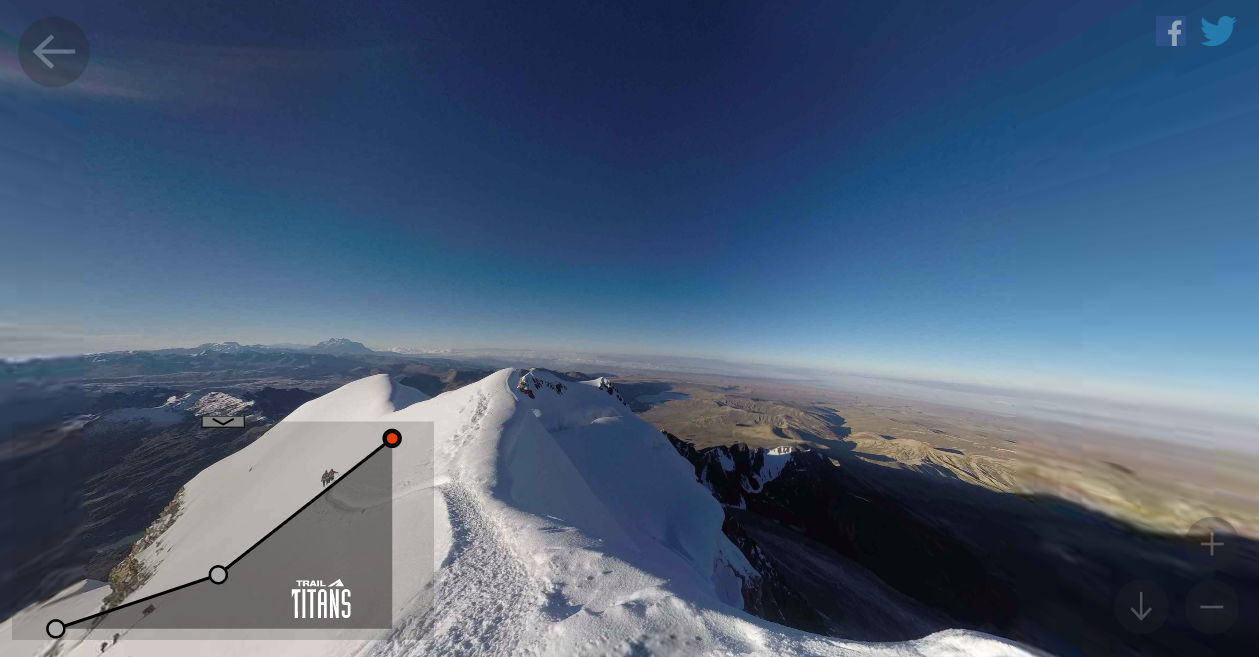 The American Geographical Society reached out to Trail Titans for more information on their background and vision and founder Michael Ware was kind enough to provide us with the following insights:

“We want to show the world images that have never been seen before.  I actually just got back from France, where we are currently capturing Mont Blanc.  We have Titans in South America, North America and Europe, and hope to have some in the Himalaya soon.
The idea started last year when I was climbing in the Andes. Im not a professional climber.  I just do it for fun. There was a mountain that I was nervous about and I wanted to see the technical sections beforehand.  It would have calmed my nerves, helped me prepare, and made it much safer.  So after summiting, I decided to research what it would take to put the entire trail online, so that no one would have the same problem.  It turns out that capturing the imagery is very difficult, which is why it’s never been done before, so I teamed up with an engineer, Javi Muhrer, and together we formed Trail Titans.

We want to climb all of the world’s highest mountains.  Mont Blanc should be live shortly, and then our Titan in Europe will climb the other famous peaks like the Matterhorn and Eiger.  In North America, we want Rainier and Denali next, and then we will work our way to the Himalaya.”