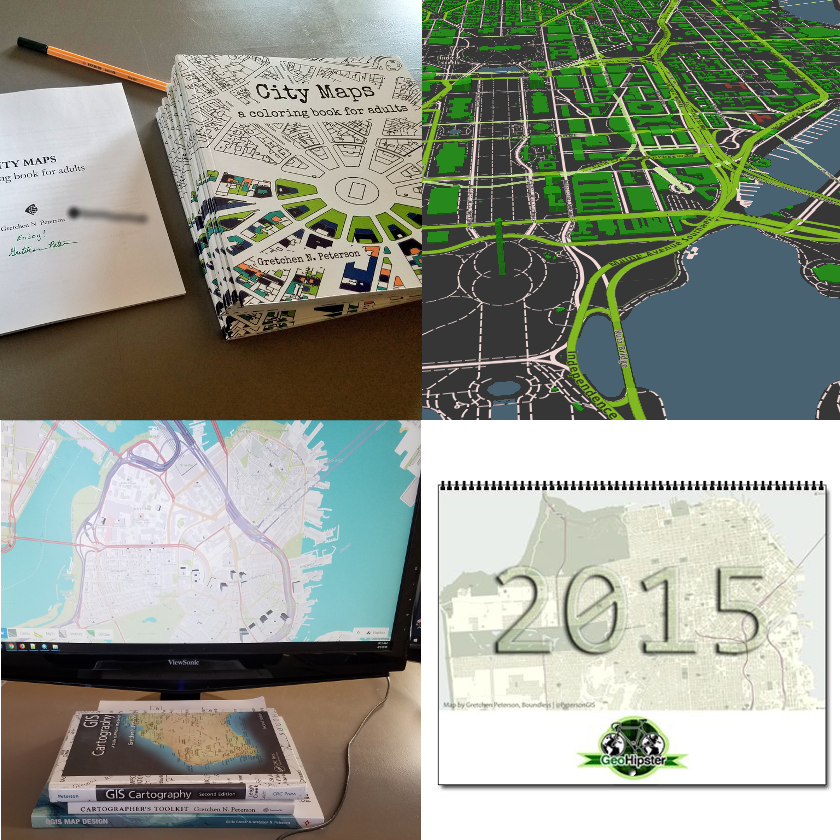 The moment that my boss said the maps I was making would be put on the office walls for the CEO to see on his next visit, I realized that maps are of interest not just to your workgroup or your clients, but to a much wider audience that appreciates maps for their beautiful portrayal of important information. I also realized that those maps were definitely not going to be good enough and thus began my 19 year journey to become better at cartography while sharing what I learn with others with positivity and enthusiasm for the potential of cartographic design.

That was back in the late 90s and early 2000s when the world of cartography was experiencing an awakening due to a switch from predominantly command-line geographic information systems (GIS) to visual GIS. Pre-styled basemaps were non-existent, digital web mapping was still in the nascent stages, and color plotters gave washed-out results. Likewise, cartography texts were still in the dark-ages and gave few hints as to how to use these new tools to make effective and communicative maps. I resolved to begin writing on the subject just as soon as I figured it out myself.

My first book was published in 2009; two more and a second edition followed. Teaching others how to produce great cartographic products is a big part of my career but not all of it. I’m fortunate to have been involved in all manner of GIS, mapping, spatial databases and analysis, and of course cartography for my consulting firm PetersonGIS. As a consultant, I’ve produced maps that are helping to save the summer Chum salmon population in the Pacific Northwest. I’ve helped locate the optimal areas for commercial solar panel installations, facilitated the creation of standardized map templates for a Canadian province, created digital basemaps for several organizations, and so many other geographically interesting projects it is hard to pick a favorite.

It is personally rewarding to touch the world and contribute to the future through cartography. Enabling others to present their messages effectively through the media of geography and cartography with my books and other outreach activities is even more gratifying. 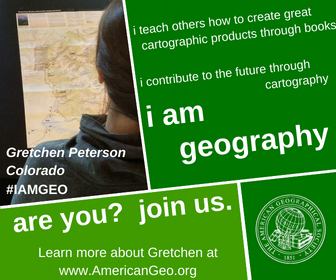 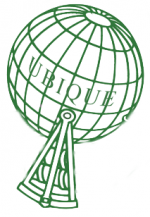 Become a member of the AGS, and let us feature you as part of our “I AM GEOGRAPHY” campaign which will light the path for all of you closet geographers to get involved in making our world a better place through Geography.