In October 2016, new data revealed that global Carbon Dioxide concentration had passed 400 parts per million in the atmosphere for the first time. This number is troubling, and has plagued the minds of environmental scientists, climate activists, and governments alike. While the Paris Agreement – the most current and significant global climate plan – still remains in limbo on American soil, the gears have begun to turn elsewhere.

This week’s map looks at CO2 Emissions around the world, by sectors – Energy, Agriculture, Industry, and Waste. The static map features a graduated pie chart showing the total emissions and proportion by each sector.  The interactive map accompaniment (linked at bottom of page) includes a separate category for transportation emissions as well as comparison to a country’s GDP per capita. This helps provide context on how countries in the global lower class are doing compared to those further up the ladder.

Contrary to the static map above, clicking on the play button below will bring up an interactive version of this week’s map. Hover over a country’s circle to bring up the actual value of their CO2 emissions, as well as the distribution by sector, and their GDP per capita in USD. 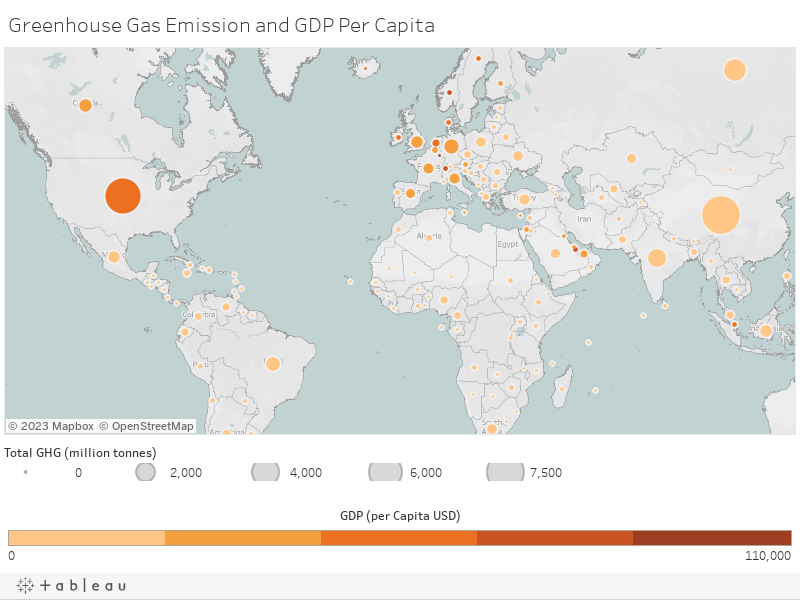