Hurricane Harvey, which made landfall in Texas on August 25th, 2017, has wreaked unprecedented havoc in the area. First affecting Corpus Christi, Harvey brought strong winds and tall waves to the city. After making landfall, Harvey was downgraded to a tropical storm, but it caused no less damage. 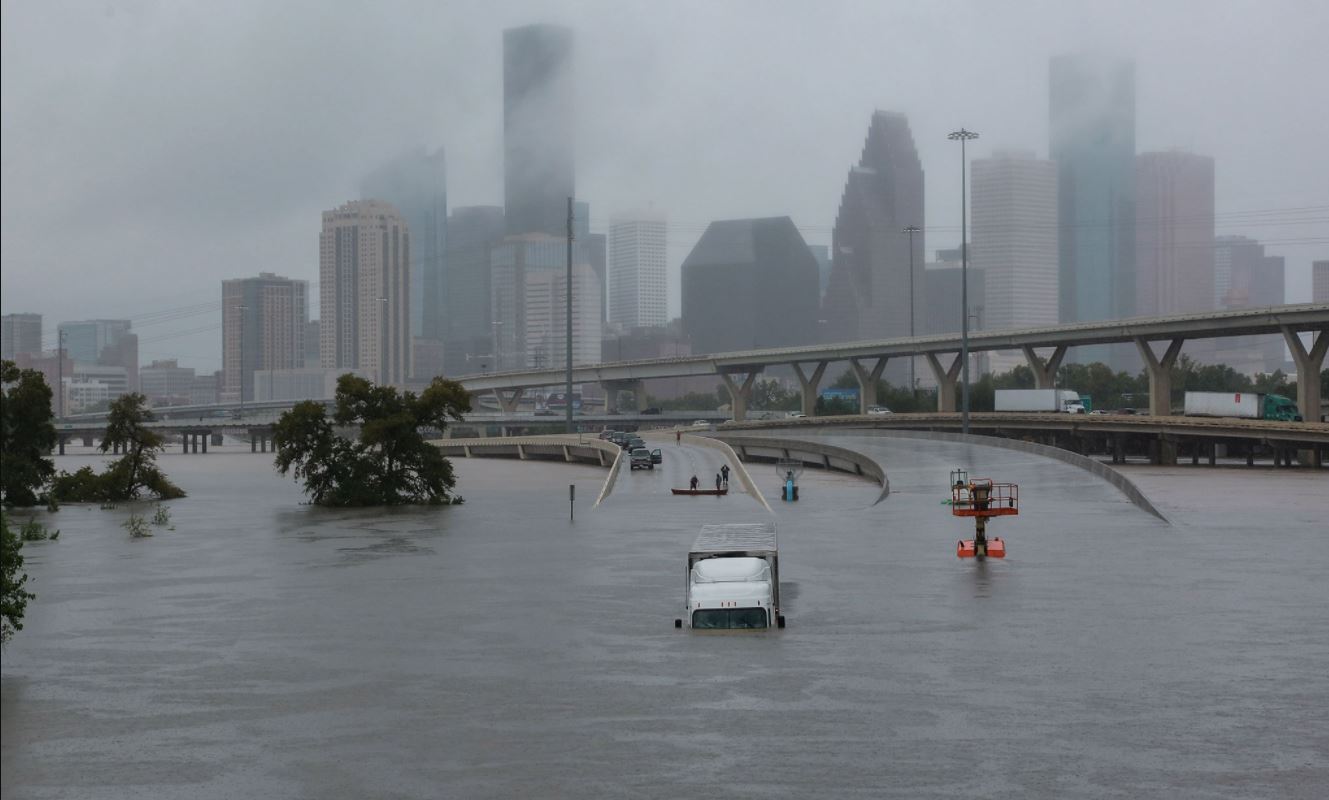 The flooding of Houston.

In fact, when it hit Houston, it caused more destruction than anyone anticipated. Buildings collapsed, highways flooded, and, sadly, 31 people have died due to the storm. Today, Houston awoke for the first time under blue skies. Flood levels are beginning to drop and the city can start rebuilding. This does not mean the troubles are over, but hopefully, Houston can begin regaining its feet. But Harvey is not yet finished with the Gulf Coast. Harvey is about to move into Louisiana, a state that has a long, sad history with hurricanes.

A diagram of a storm surge.

In the wake of Hurricane Harvey, this weeks Map of the Week will look at the predicted storm surges that will accompany the storm. A storm surge is an abnormally high tide that precedes the storm’s landfall. A storm surge is often the greatest killer during hurricanes and tropical storms. This map shows the relative area and depth of predicted storm surges and population centers along the coast. The storm has just begun to hit Louisiana, and there is still chance a evacuate people if they are in the path of the surges. Much of Louisiana lies below sea level, so the potential damage of the storm is immense. This map explains where the coastal population is most susceptible to the surges. 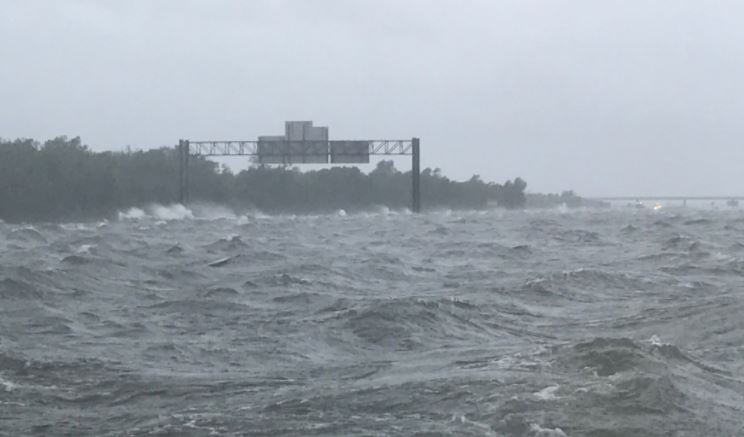 Interstate 10 in Houston transformed into an ocean.

This map does not address all forms of flooding, however. The heart-rending photos in Houston depict flooding due to rains and not storm surges. Harvey is approaching Louisiana from the southeast, and rains have started there as well. The storm surges are sure to begin soon, and while they may not follow this map exactly, as this is only a prediction, perhaps it can inform those in Harvey’s path to make it through the storm. 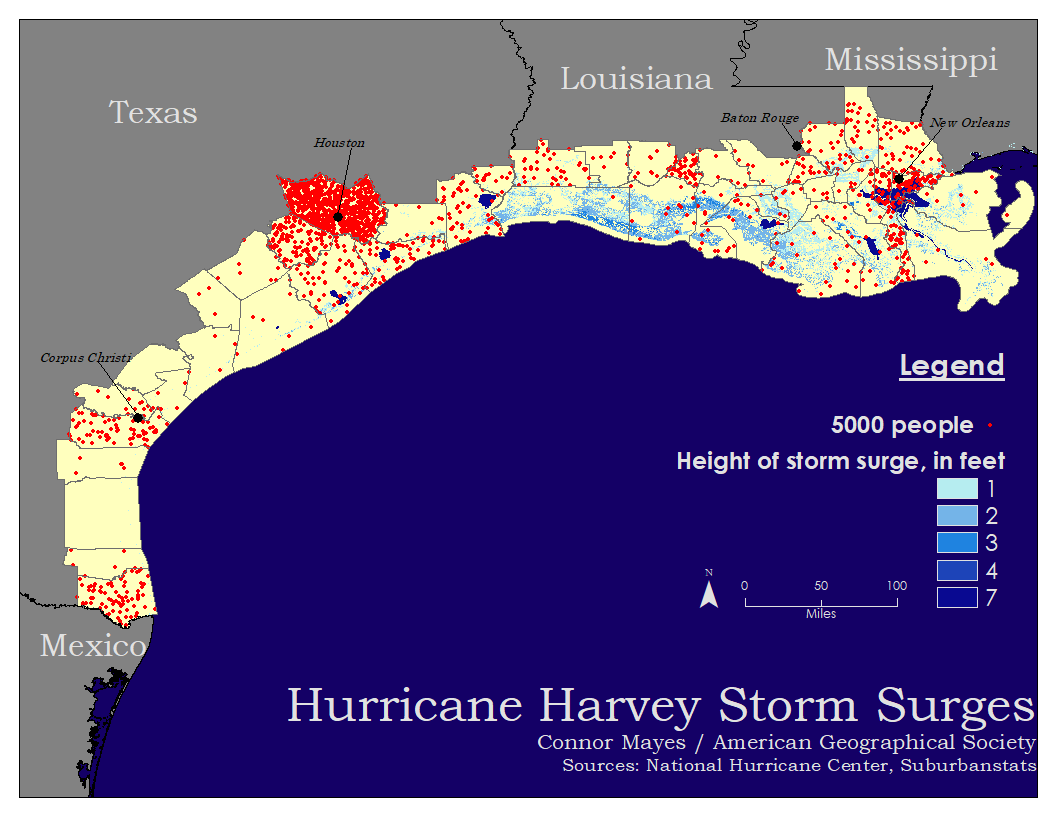