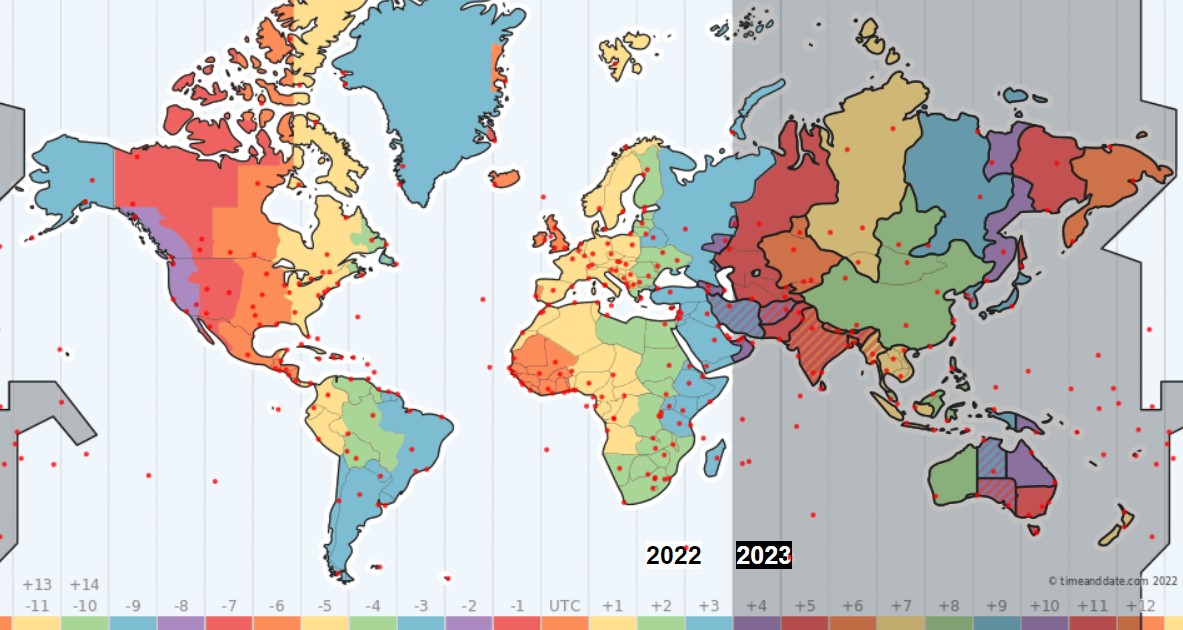 Getting ready to ring in the New Year? Whether you’re watching the ball drop, eating twelve grapes with the strokes of midnight, or wearing lucky red underwear, watching the clock change from 2022 to 2023 will be a celebrated occasion across the world.

But the clock doesn’t strike midnight just once. Around the globe, there are currently 38 different locally used time zones. Using the Universal Time Coordinated (UTC) system, the largest time difference is 26 hours. Time zones are meant to be 15 degrees wide and one-hour each, but actual time zone borders vary greatly geographically. Zones may have been drawn to follow national and international borders, however some countries that would be expected to have multiple time zones, like India and China, only have one, while countries like Russia and the United States have several.

Curious as to how these different time zones appear geographically? Timeanddate has developed an interactive map that allows users to explore the different time zones as the clock strikes midnight. Clicking preview on the map creates a visualization of the passage of time, highlighting each time zone as the New Year arrives. Red dots across the map indicate different cities’ countdowns. Is your city not a point on the map? No problem! Use the search bar to find your city and get a generated automatic countdown to the New Year.