Maps, given their limitations requiring inclusion or exclusion of information, can carry inherent bias and further one’s personal agenda by representing the world in unequal ways, for example: redlining or colonizers “discovering” and settling different lands. Counter-mapping is the concept of using cartographic tools to call out injustices. Communities make their own maps in opposition to those that have been created by the government. Along with Black cartographers employing counter-mapping, such maps have been historically used by marginalized groups such as Indigenous communities, women, and LGBTQIA+ folks.

In February 2021, The Conversation wrote a piece about Black cartographers using maps to highlight injustices, navigate racism, and essentially showcase the Black experience in America. It is important to recognize the power that maps hold while lending credit to all who have used geographic resources to improve society for all. I will be highlighting some of the ways that maps and geography have been created and used by Black cartographers.

In a pioneering study in 1899, The Philadelphia Negro, sociologist and civil rights leader W.E.B. Du Bois created the map (above) of the Seventh Ward, where the largest population of Black Americans lived in Philadelphia during that time.

For the 1900 Paris Exposition, W.E.B. Du Bois constructed an exhibit of maps and infographics to educate an international audience on the gains African Americans had made in education, landownership, and income since the abolition of slavery, despite facing continuous racism and subjugation. 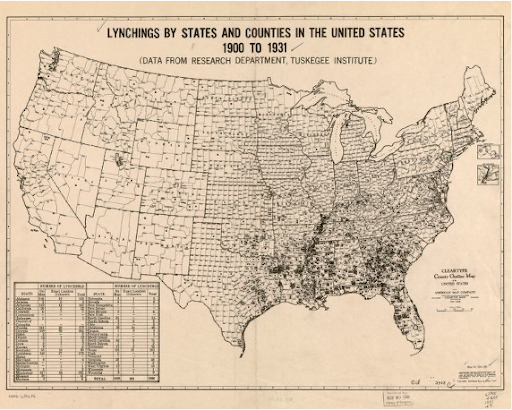 Anti-lynching crusaders involved with the NAACP and Tuskegee Institute created statistical reports of the location and frequency of African American lynchings by white lynch mobs. Much of the anti-lynching cartography was inspired by the work of activist and journalist Ida B. Wells, who analyzed data to represent the geographic distribution of racial crimes in the 1880s. The map above was hand-drawn, with the data taken from those statistical reports. In a 1922 edition of the NAACP magazine Crisis, a similar map of the U.S. was published which documented 2,456 lynchings over a span of 32 years. Soon after being created, these maps were then sent to groups such as the Commission on Interracial Cooperation, newspapers, and elected officials, with the goal of convincing Congress to pass federal anti-lynching legislation. To this day, ongoing disputes over anti-lynching bills persist. 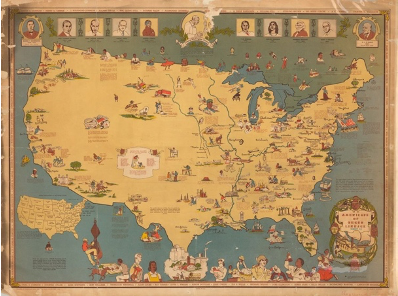 In 1946, Louise Jefferson, a cartographer and illustrator for the Friendship Press, celebrated African American contributions through this pictorial map. Her talents garnered her one of the great pictorial mapmakers of the early 20th century, breaking ground for Black women in the field. 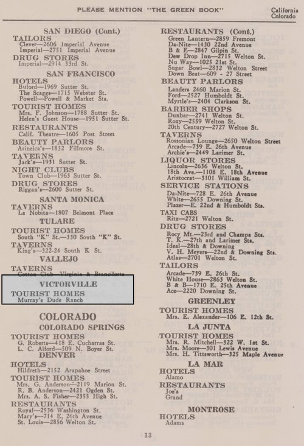 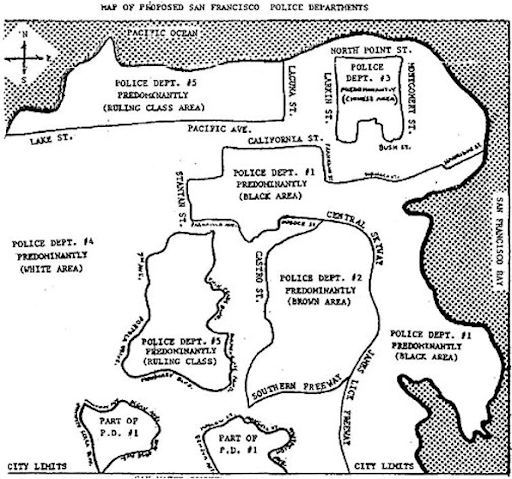 The map above depicts proposed police districts for the city of San Francisco, made by Black Panthers in 1966 or 1967. The districts largely follow racial lines so that law enforcement systems could better fit the needs of communities of color. When law enforcement is made up of community members who understand an area and have personal ties to the area, the relationship between the community and police could potentially be stronger and more effective. In 1971, 15,000 signatures were collected on a petition by the Panthers to create new police districts in Berkeley, California. This proposal would have required police officers to reside within the neighborhoods they served and have local citizen commissions in government but was ultimately defeated on the ballot.

Today, cartography is being used to tell these stories, but now through digital mediums. The Equal Justice Initiative has created an interactive map of historical lynchings similar to those of 100 years ago. However, this map does not represent the full scope of harm from lynchings, as the historic narrative of the United States has been largely told by white men. Making this type of data accessible to any type of audience is a direct way for people to understand societal issues through a geographic lens and potentially become inspired to make change.

The maps and resources mentioned here are only a few of many that have been used by Black cartographers to visualize racial injustices in the United States. Maps are powerful tools that can be used to further good or exclude communities from visual narratives, and it is important to understand the legacies of mapping as we navigate the geographic world.