The 2020 United States Census is only a few weeks away. National Census Day is April 1, 2020 and by this date, households will receive an invitation to participate with options to respond online, by phone or by mail. Over the months that follow, the Census Bureau will follow up on households that have not responded. The Census is a requirement of the United States Constitution and this huge undertaking of systematically acquiring and recording information about the general population takes place every ten years. It is expected of all people in the U.S. to truthfully answer census questions so that planning and funding is distributed accordingly. 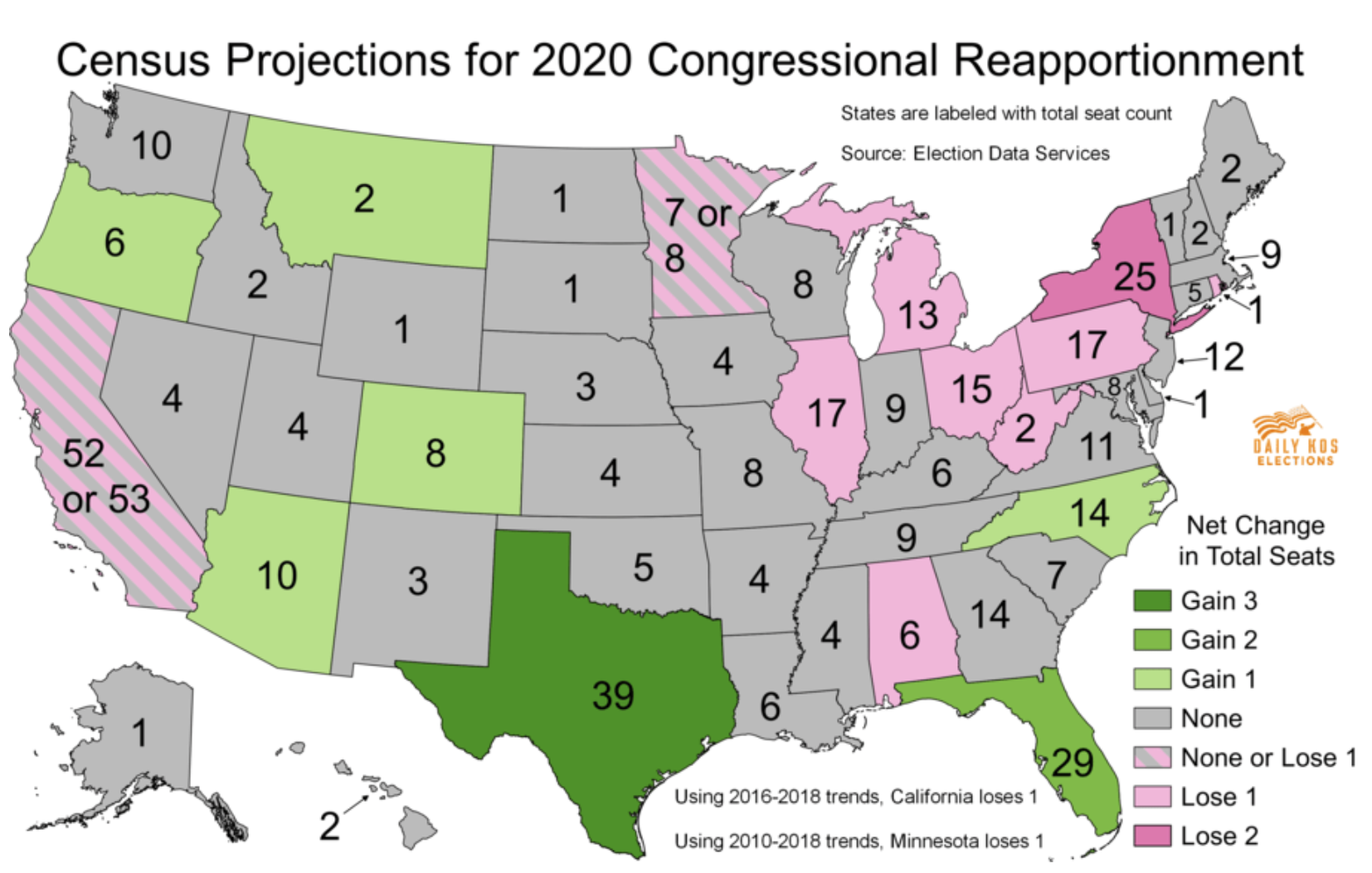 The results of Census 2010 showed the United States to be the third most populous nation in the world with a population of almost 309 million people. Early projections expect this number to increase to over 333 million with the completion of Census 2020. The Census Bureau released estimated population figures for each state towards the end of 2018 showing how many residents each state has gained or lost since 2010.

This map shows that a large number of states could see the number of representatives they receive change since 2010. The most drastic potential changes are in the states of New York and Texas where Texas looks set to gain up to three representatives and New York could lose one or even two. There is potential that California loses a seat, and if this was to be the case, it would be the first time in 160 years that the population of the Golden State has decreased.

The high cost of living is affecting the region which is historically a magnet for newcomers because of its strong economy. Foreign immigration has also decreased in the years since President Trump has been in office. Staten Island councilman Joe Borelli has said, “the high taxes, regulations and housing costs are making it untenable to live the American dream here.”

On the other hand, Texas is the state that leads the way in population growth. The second-most populous state has added more people to its population than any other state in the past year. Lila Valencia, a senior demographer with the Texas Demographic Center claims that this is because of the diversity of the Texan economy and culture. She says that Texas entices people from various backgrounds as jobs become available in a number of different areas. “States in the Northeast and the Midwest have been losing population to western and southern states because people are moving to warmer climates and seeking jobs.”