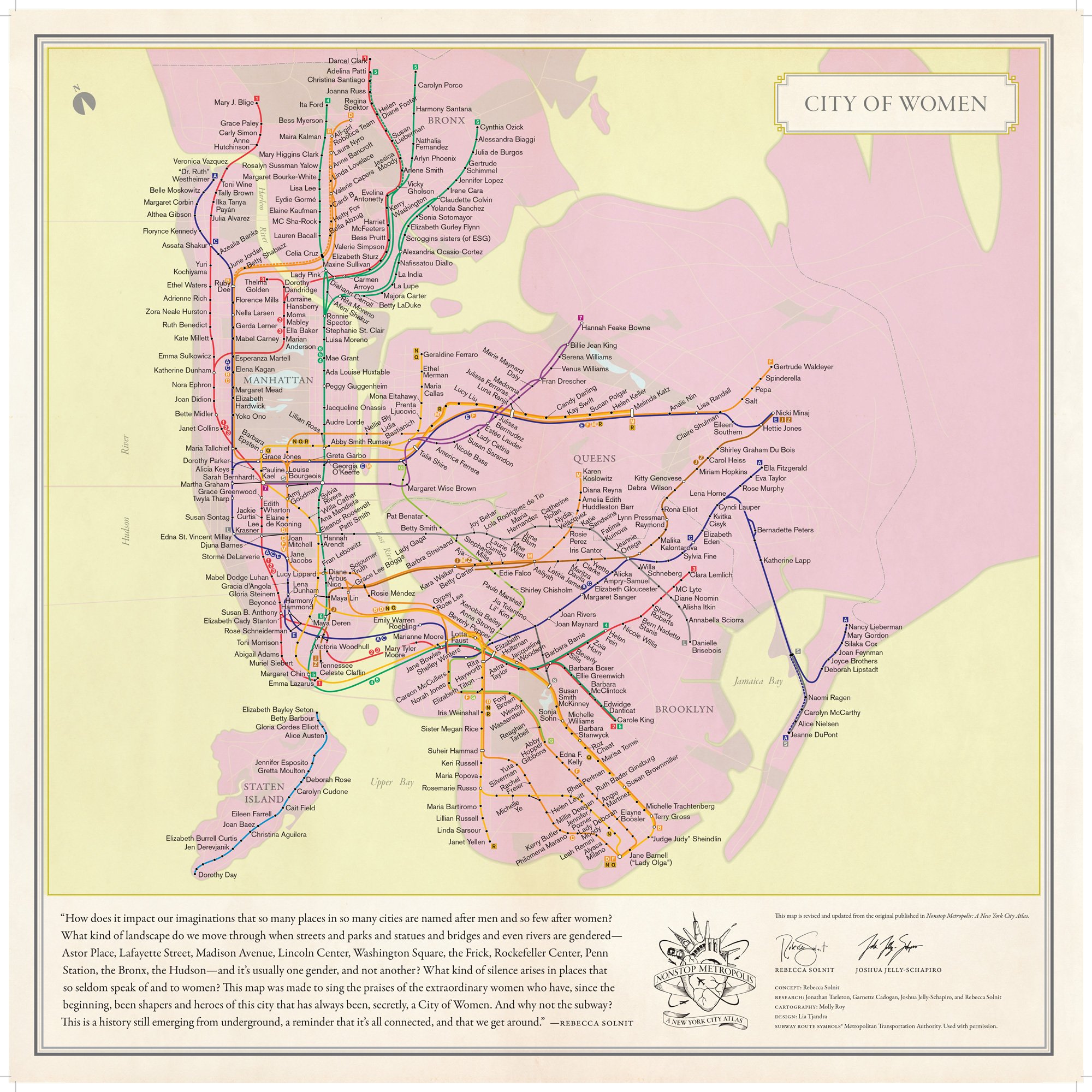 Rebecca Solnit and Joshua Jelly-Schapiro created the “City of Women” map to draw attention to the male-dominated gendering of spaces in New York City. From Rockefeller Center to Washington Square, the vast majority of the city’s public spaces are named after significant men in history. Solnit and Schapiro flip that notion on its head—City of Women is a subway where each station holds the name of a woman who lived nearby. Now on display in the New York Transit Museum, Solnit calls it a map to “sing the praises of the extraordinary women who have, since the beginning, been shapers and heroes of the city that has always been, secretly, a City of Women.”

Sunday March 8th marks International Women’s Day, an international celebration that began in the United States in 1909. The holiday (officially declared so by the United Nations in 1975) memorializes the 1908 march by over 15,000 women in the streets of New York City—for shorter working hours, increased pay, and the right to vote. Several years later during the second-ever International Conference of Working Women, Clara Zetkin (leader of the German Women’s Office for the Social Democratic Party) proposed International Women’s Day as a holiday across the world to the 100 women leaders in attendance.

Now led by the United Nations, this year’s International Women’s Day theme is “I am Generation Equality: Realizing Women’s Rights.” This campaign is dedicated to connecting people of all gender, race, age, country, religion, and ethnicity to work together toward equity. It emphasizes the importance of unity and taking advantage of the small actions that make much bigger impacts on the world around us. The UN Women Executive Director Phumzile Mlambo-Ngcuka calls for change—more women in leadership roles, attaining education, and achieving economic equity. She says “[Women] are radically impatient for change. It’s an impatience that runs deep, and it has been brewing for years.”