If you’ve ever lived in a big city, chances are you’re tired of hearing about how bad your city smells. It’s true, though, that wherever there are people there are the odors that come with them – car exhaust, trash, gasoline, dust, and worse. Smell is a powerful thing. It can change the way that people interact, or don’t, with their surroundings, and be indicative of major air quality problems in cities all over the world.

That’s why a group of data scientists from the University of Cambridge came together to create a series of smell maps of cities around the world. The scientists argue that too little attention is paid to urban ‘smellscapes’ by city planners and policymakers, even though odor plays a major role in influencing urban life. 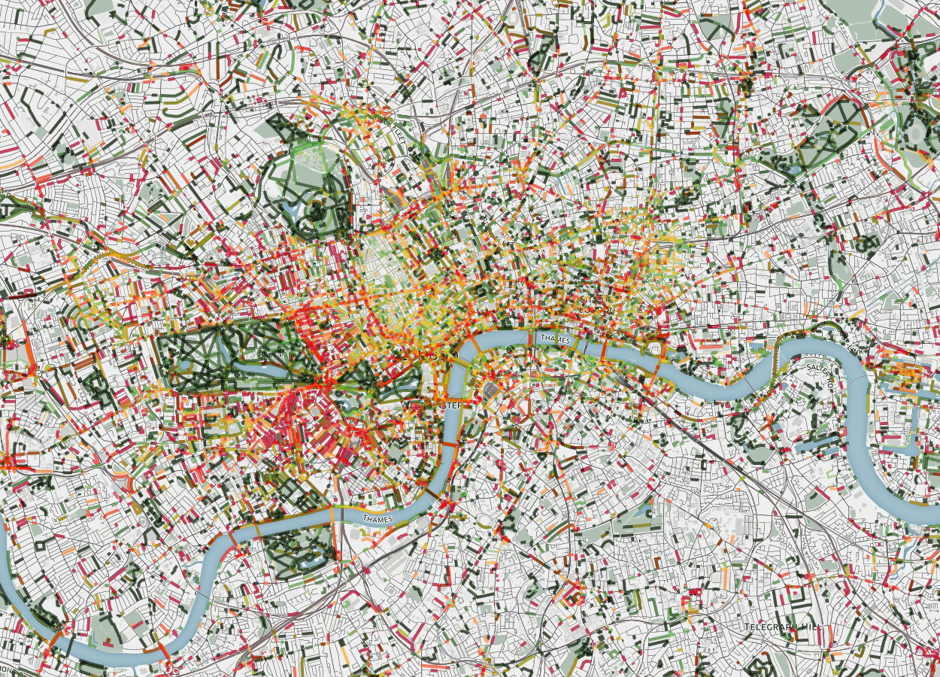 Local volunteers for the project were taken on a series of “smellwalks” around seven global cities and asked to identify what they smelled. From those observations, the researchers created a smell dictionary for their project. ‘Bad’ urban odors included exhaust, manure, trash, putrid, and vomit among them, while ‘good’ smells included lavender, fruity, BBQ, baked, etc.

The project focused primarily on two cities, London and Barcelona. The researchers used big data from geotagged social media posts to search for words from their smell dictionary. In the end, they drew data from 17 million Flickr images, 436,000 Instagram posts, and 1.7 million tweets published between 2010 and 2014.

The results are shown in the city maps, with red representing bad odors and green representing good. The study found that good smells were centered around parks and green spaces, where the smells of nature and fresh air were abound. Meanwhile, bad smells were common in major city thoroughfares and heavily trafficked areas. One important discovery was the correlation between smellscape and air quality. Areas where pedestrians reported smells like “gasoline,” “dusty,” “exhaust,” and “car” had higher concentrations of air pollutants, while “floral,” “lavender,” “grass,” were associated with cleaner air zones. 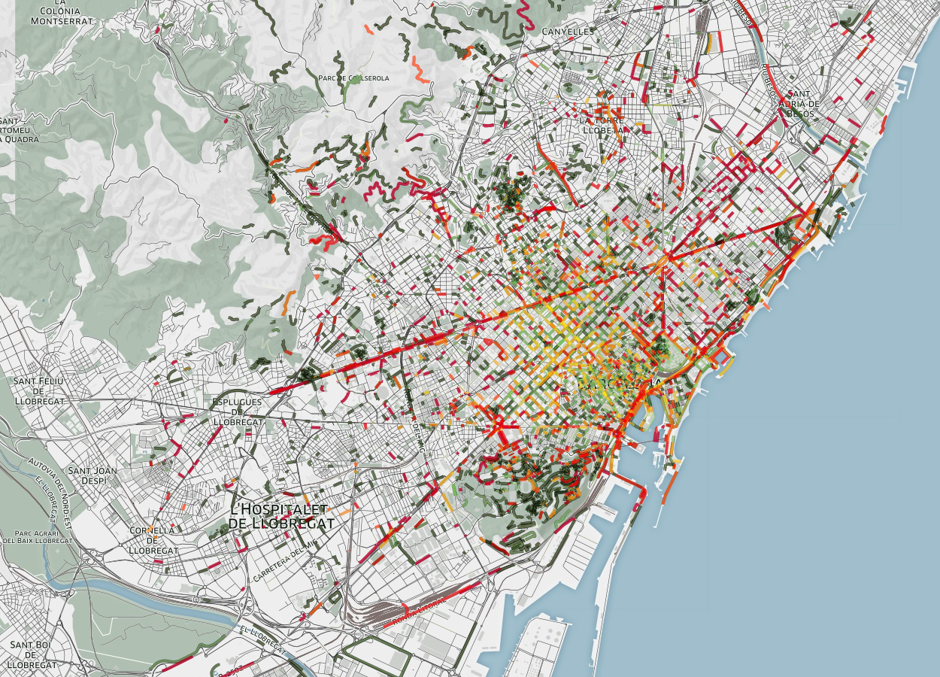 The researchers believe that this data will be useful for urban planners to determine which areas of a city smell bad and how they can best solve the problem. Planners may consider air-flow manipulation, increased green spaces, or pedestrian friendly streets to cut down on car exhaust. Especially given the connection between bad smells and air quality, it is important for policy makers and urban planners to consider urban odors as a problem on par with other major factors in city planning.

In fact, odors have been shaping urban spaces for a long time. This 19th century ‘stench map’ shows sources of bad smells in New York City. In the late 1800s, people believed that sickness could be caused by foul odors, and so took steps to avoid breathing them in. As a result, many ‘offensive trades’ – sources of foul factory air – were banished to Brooklyn, New York, contributing to the borough’s industrial landscape and working class history. 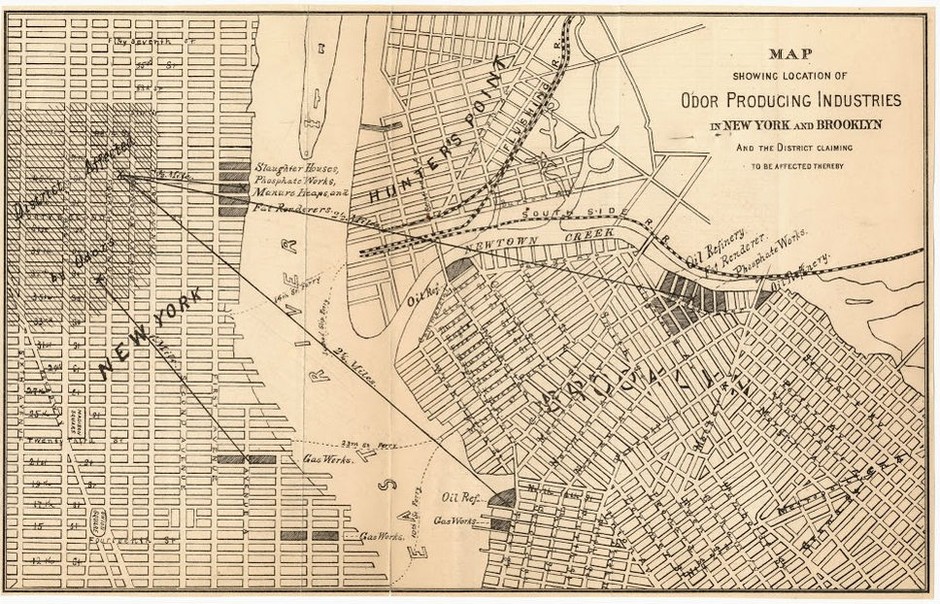 The researchers make sure to emphasize that not all urban smells are bad – baking bread, cut flowers, smoked meat. The smellscape of a city is complex and varied, and the Cambridge group hopes that this project will disrupt the view that cities are universally smelly places. These modern smell maps are an excellent example of the way social media data is being used to produce meaningful and interesting maps, and the researchers hope that their work will inspire city officials and urban planners to implement crowdsourcing and social media data to make life better for their citizens.