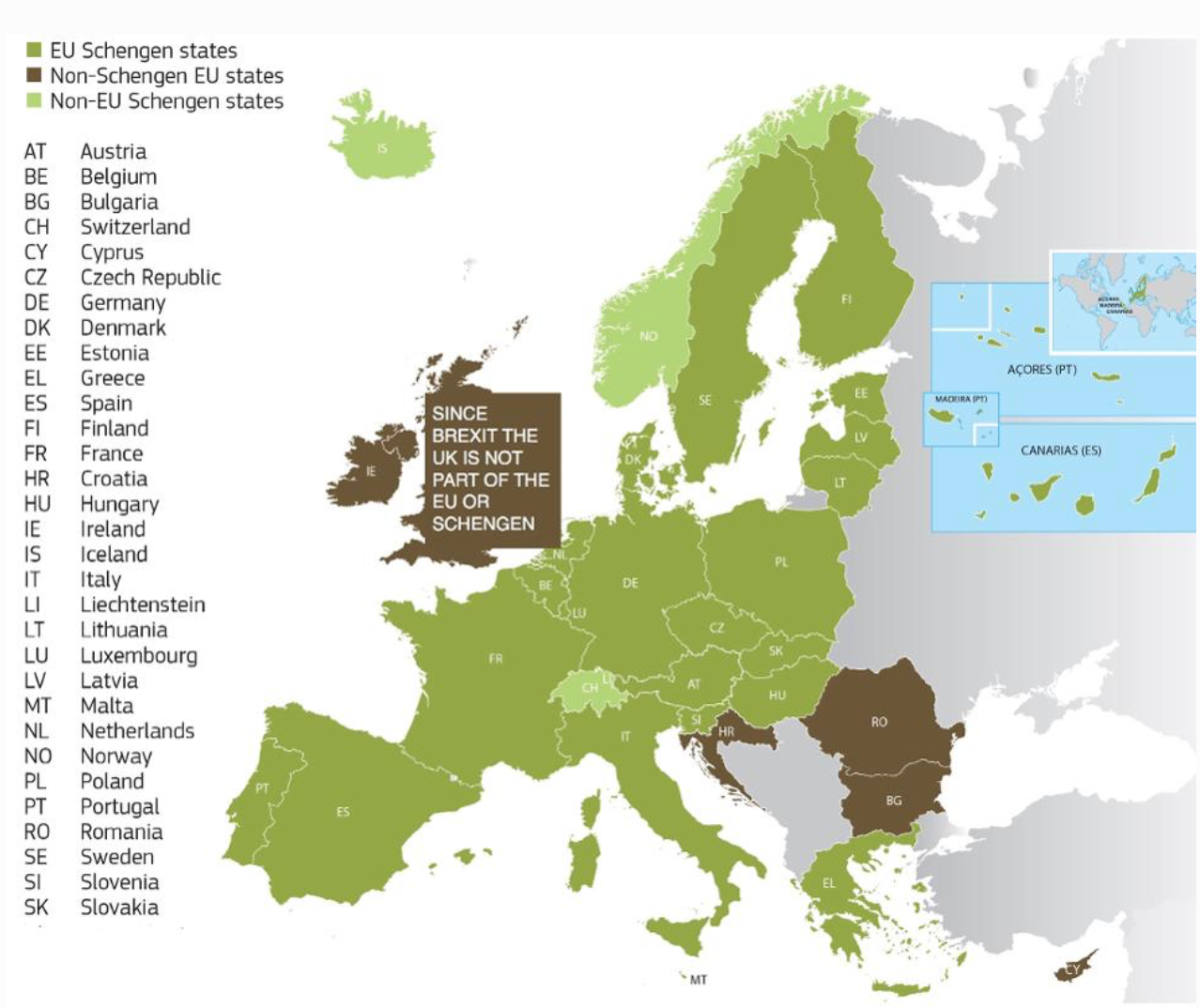 The COVID-19 pandemic is creating headlines and breaking records all around the world on a daily basis. The virus which originated in the Chinese city of Wuhan, Hubei Province in December has completely changed people’s way of life in such a few short months. It seems, according to reports, that China has come through the worst of the pandemic as daily infections are currently decreasing at a steady rate. This is not the case in Europe, however, where the Lombardy region in Northern Italy is the current epicenter of the virus. The latest figures from Spain show that the mortality rate is now higher there than the rate in China and is now second only to Italy. It is for these reasons that countries of the European Union have shut their borders in recent weeks. In one of the most unprecedented moves in the history of the European Union, internal union nations are preventing travel within the once border-free, Schengen Area.

The Schengen Area consists of twenty-six European states that have abolished all passports and types of border control at their mutual national borders. Iceland, Liechtenstein, Norway and Switzerland are not European Union members but are part of the European Free Trade Association which enables them to be part of the Schengen Area. Bulgaria, Croatia, Cyprus and Romania are E.U. members and are obliged to join in the future as part of their E.U. membership conditions while Ireland has an opt-out of the agreement because of its complex border and history with the United Kingdom.

These are unprecedented times as the world is effectively shutting down to help prevent the spread of COVID-19. We have seen this week that the 2020 Summer Olympic Games, due to have taken place in Tokyo, Japan, have been postponed. The international sports competition has only been cancelled three times in its history, when the world was ravaged by war in 1916, 1940 and 1944.  The coronavirus is forcing governments to introduce draconian ‘shelter in place’ measures across the world for the first time in peacetime. It is now the first time since the Schengen Agreement was signed in 1985 that borders are going up between France and Germany, Italy and Switzerland and between Spain and Portugal.

This map shows the countries of Europe that are part of the Schengen Area. The Canary Islands of Spain, off the coast of Morocco, as well as the Portuguese Islands of Madeira and The Azores are also included in Schengen. Prior to the COVID-19 outbreak and the present closure of national borders, it was possible to travel from Lisbon, Portugal without a passport or border controls to as far away as Helsinki in Finland. The current closures are having huge impacts on border communities, especially health workers and others employed to keep society in order throughout the current pandemic, as many live and work in different jurisdictions. European countries have had the freedom of movement across the continent for thirty-five years and these new measures are something that have not been seen before in the twenty-first century.