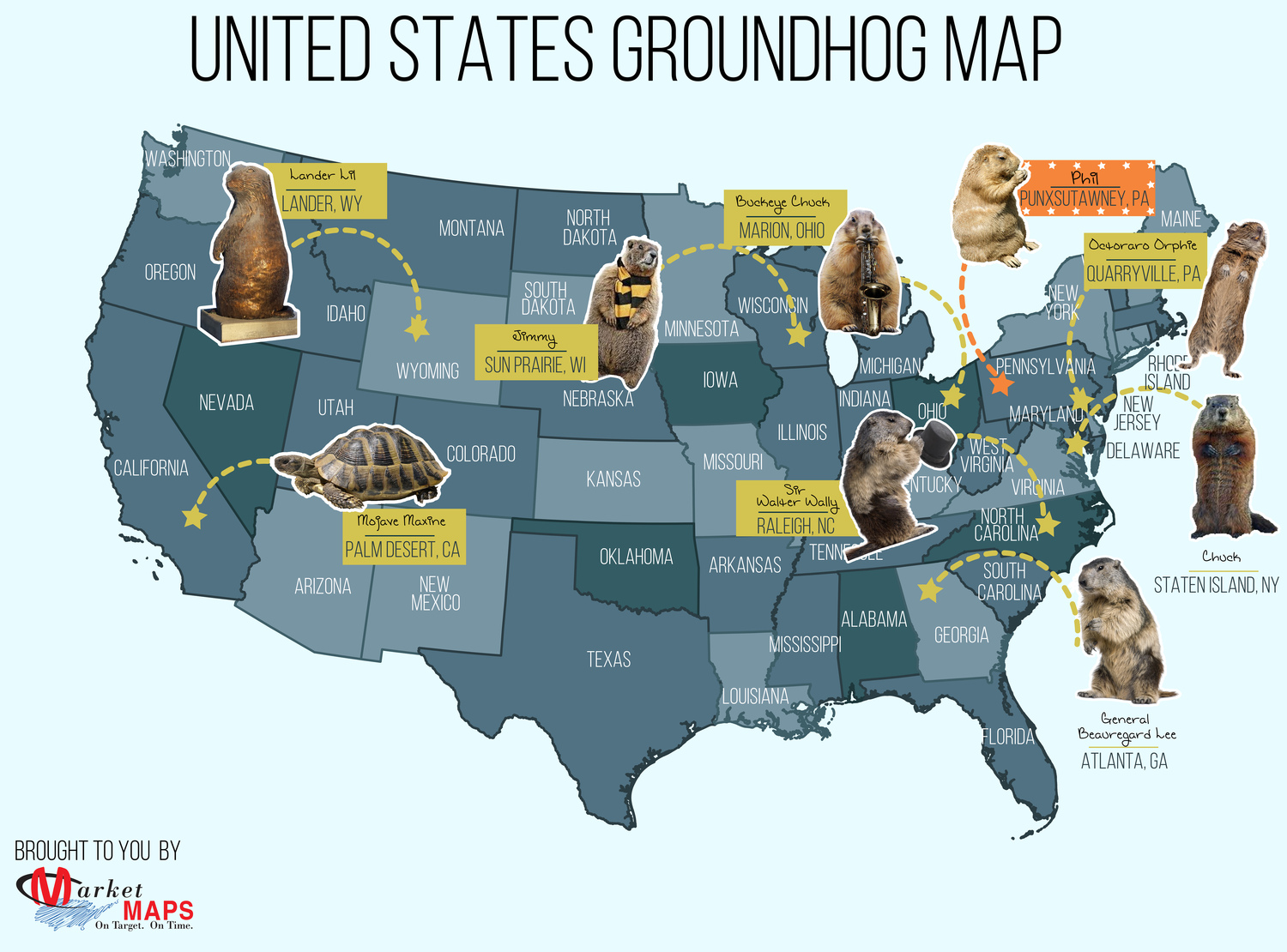 After a long-winded January, February is finally here to shake things up. From Valentines to Presidents and even Leap Year; there’s a lot going on this month. First and foremost, there’s one question on everyone’s mind (at least those of us in the Northern Hemisphere). Is spring on the way? Or are there still six more weeks to shiver through?

February second marks Groundhog Day, and this handy map gives you the who’s who guide of four-legged meteorologists. Too far away to visit any of these fortune telling critters? Never fear, Punxsutawney Phil, the self-proclaimed “prognosticator of prognosticators” live streams his annual feat; starting occurring this year at 7:25 am EST.

Groundhog Day remains a treasured tradition in areas such as Punxsutawney, Staten Island, and even Palm Desert, California. It began, however, amongst European Christians, before spreading to the New World with German immigrants. While originally a candle was used to determine the upcoming forecast (the holiday used to be known as Candlemas), the Germans thought a hedgehog could do it just as well, and once in North America, groundhogs were much easier to catch.