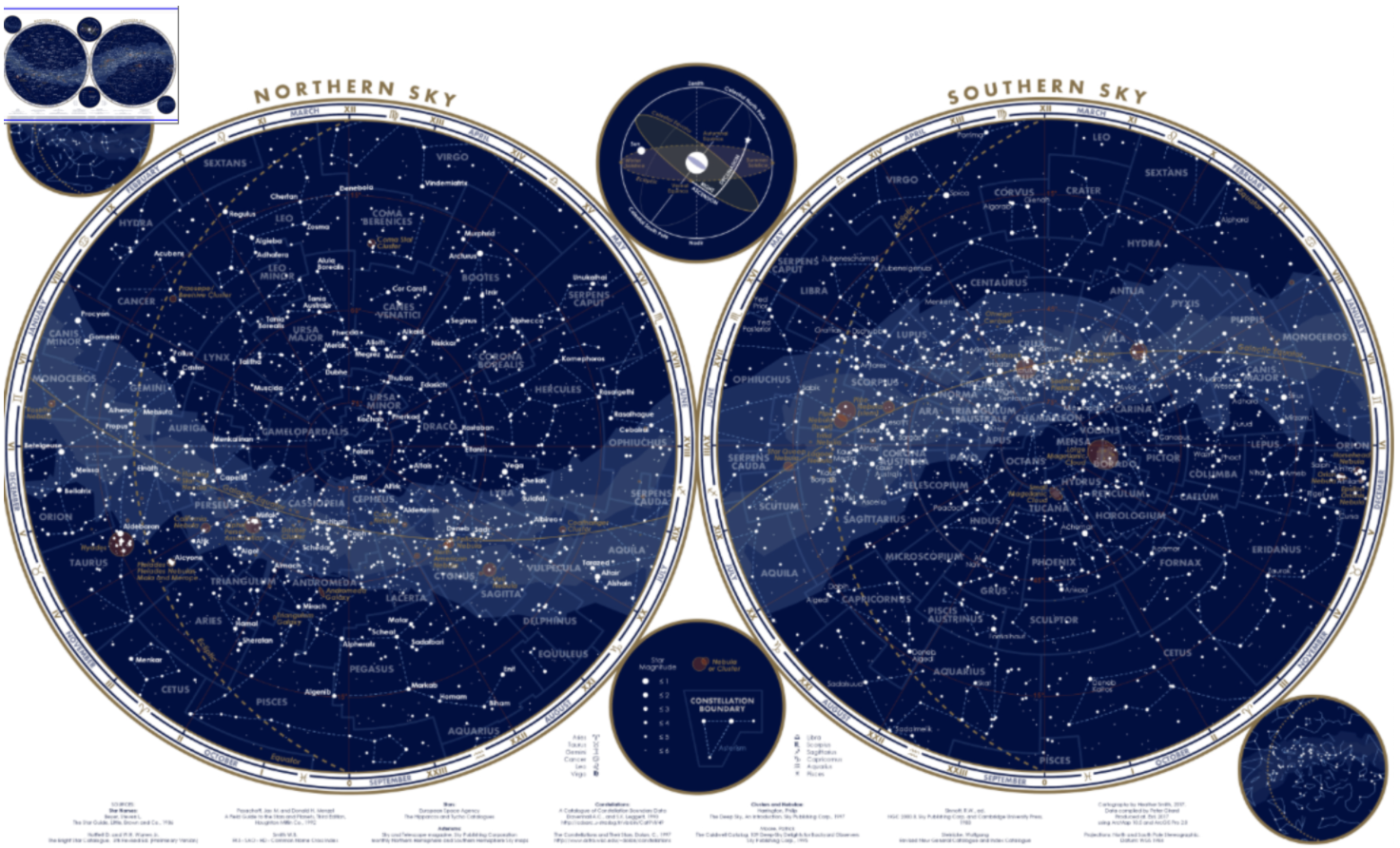 Space launches have become regular programming in our daily lives. Just decades ago a rocket launch could have occupied the headlines for months and attracted thousands of observers. Now it seems launches of all shapes and sizes are constantly occurring, with human exploration into space well underway. (Here are descriptions of four launches NASA will perform in this month alone!)

As more money and resources are invested into space exploration, the needs for navigational tools and mapping will also increase. While GIS is often thought of as an Earth-focused system, geographers know of its power for celestial mapping as well. The map above includes the arc of the Milky Way, coordinates, and constellation boundaries. The graduated sizes of the stars even represent the stars’ relative magnitudes. The chart is split into a northern and southern sky. Clicking on the map above will navigate you to an explorable version of the map. You might find yourself lost for hours studying this out-of-this-world map, we sure did.

Typical constellation maps divide the celestial sphere into 88 parts, each part containing one constellation. Of course one can not see all constellations all of the time. Visible star formations are dependent on observer location and season. There are 36 constellations in the northern sky, and the remaining 52 are located in the southern sky. 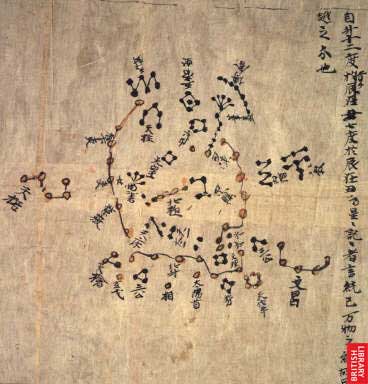 Human fascination with space is not a modern phenomenon. In fact, the earliest map of constellations dates back to the 4th century BC. The map to the left shows the earliest copy of a Tang Dynasty constellation map that was copied from Shi Shen, Gan De, and Wu Xian, some of the earliest Chinese astronomers.

The greatest part of this Map of the Week? You can recreate this map yourself! The cartographer has graciously created an ArcGIS tutorial for those who have always admired celestial maps but don’t know where to begin. Celestial coordinates are not that different from terrestrial coordinates, so the mapping process may be simpler than you imagined. Rather than latitude and longitude, the coordinates are represented by declination and right ascension. After following the first few steps in the tutorial, you’ll be looking at something like this. 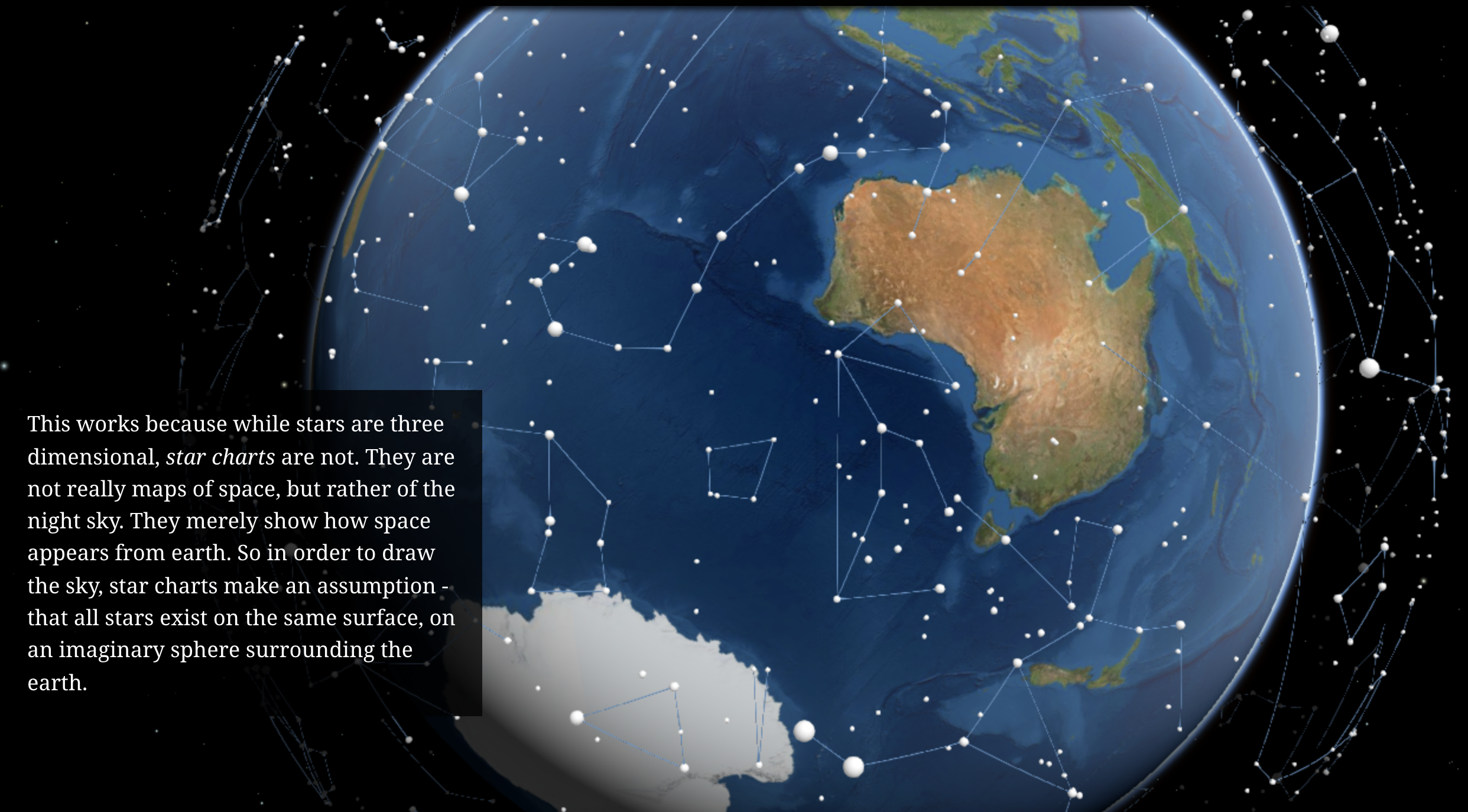 As large space companies and eccentric billionaires continue to explore this vacuum frontier, geographers will be providing all of the navigational accessibility along the way. Space-mapping could easily become a bigger subsect of geography in the years to come. We’ll be back next week with another interesting map, and in the meantime, we’ll be running through this ArcGIS tutorial to check out this celestial mapping process for ourselves.