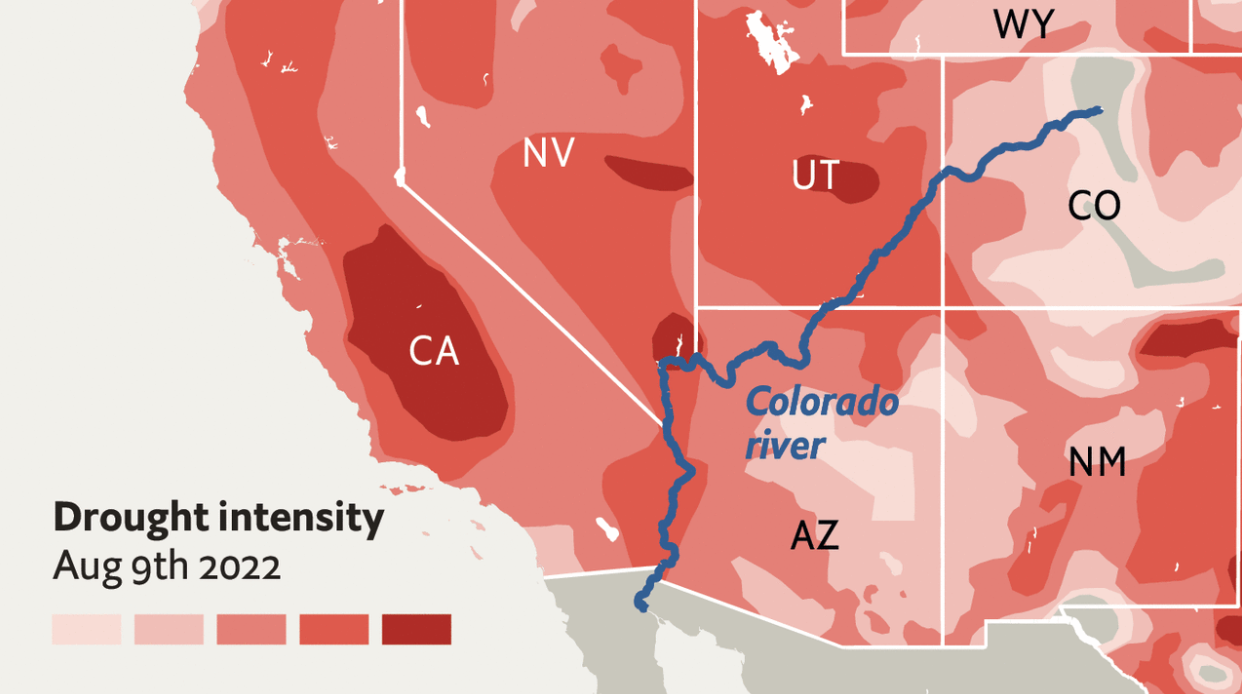 However, the Colorado River has been experiencing a 23-year-long drought caused by climate change. About three-quarters of its water has dried up. The drying out of the river coupled with the explosive growth of metropolitan areas in the Southwest has alarmed the authorities and has put pressure on how states delegate water usage. The states in the lower basin that have witnessed a significant growth in population also have largely desert climates. Thus, their dependence on the Colorado River has been critical. While the Colorado River already supports some 40 million people, the population in the Southwest is expected to dramatically increase.

For two years in a row, the federal government has announced cuts to water usage in Arizona, Nevada, and New Mexico. Starting January 2023, Arizona is required to reduce water usage by 21 percent, Nevada by 8 percent, and Mexico by 7 percent. California, however, was not subjected to the cutback.

The disproportionate division of water cutbacks is determined by the Colorado Compact which was signed nearly a hundred years ago. Back in the 1920s, when it was decided upon how to share the Colorado River, there was a significantly larger water supply and smaller population; California had the biggest stake in the agreement, and Arizona agreed to receive the least. Today, with the shortage of water, the division affects states significantly more. For instance, Arizona’s farmers have been affected heavily, and some farmers are not switching their crops to more drought-resistant plants.

In response, Arizona’s government expressed its grievances toward the unfair sharing of the Colorado River water supply. The state believes that some states, including itself, are being tasked to shoulder a larger burden of the effects of climate change based on an outdated historic agreement. Along with Arizona, the federal government calls for collective action amongst the seven states to reduce the usage of their individual water supply.

The dispute over the Colorado River in the West will continue to be a challenge as the water recedes. How states respond to the water crisis will be a testament to their resilience and ability to cooperate with one another.