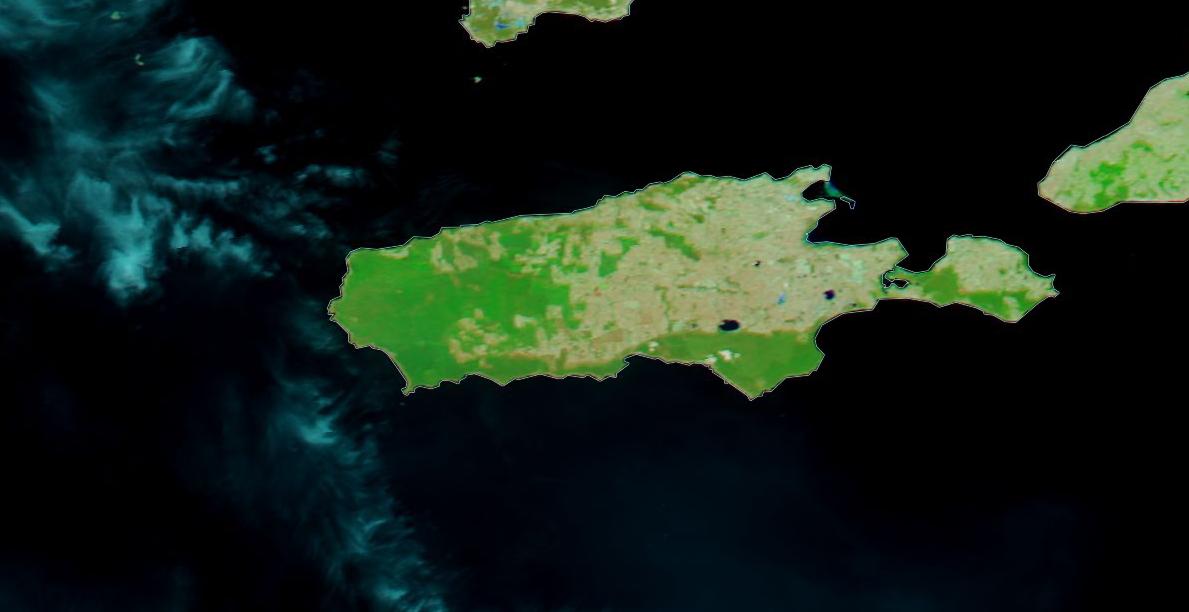 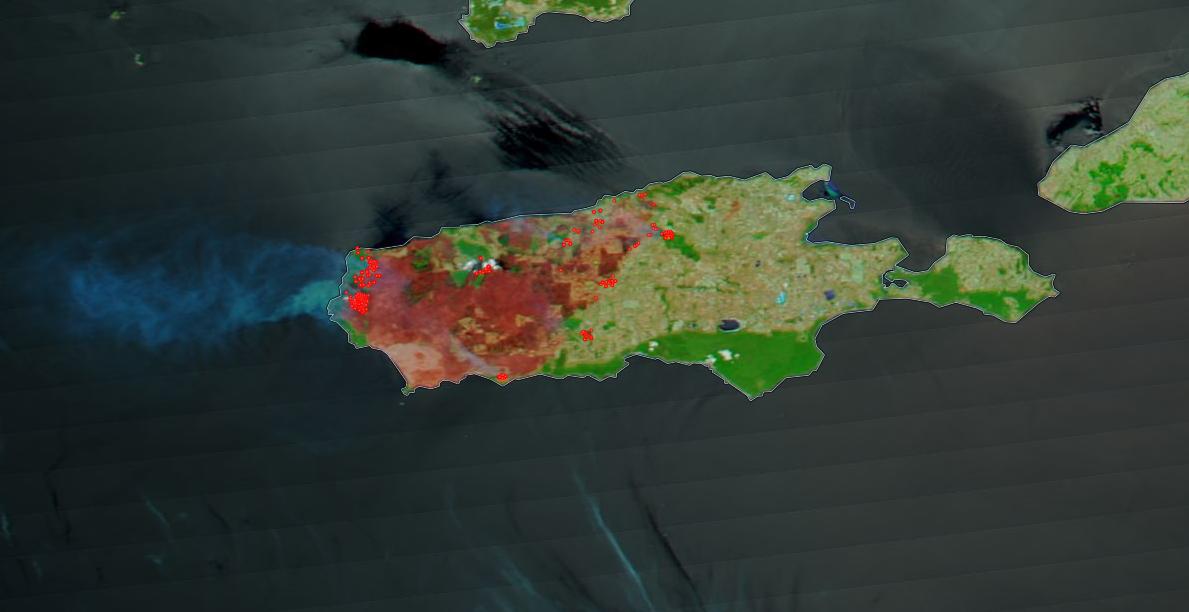 The satellite images above depict Australia’s Kangaroo Island, southwest of Adelaide, Australia in December and January. Roughly a third of the island is comprised of protected nature reserves that are home to sea lions, koalas and diverse and endangered bird species, like the glossy black-cockatoos, and a colony of Ligurian honey bees, which are the world’s only pure-bred and disease-free population of the Ligurian honey bee. Flinders Chase National Park lies in the western part of the island and is known for its penguin colonies and acclaimed coastal rock formations.

The entire island is ecologically rich in diversity, which makes the loss of life from the bushfires devastating in many lenses. The bushfires began as lightning strikes from within Flinders Chase National Park and quickly spread. The fires ultimately claimed the lives of about 25,000 koalas, and ravaged almost one third of the island.

NASA’s satellites are monitoring the extent of the damage already done to the island and the damage that is ongoing. This information will help to assist firefighters that are still struggling to contain the fires, save the remaining unique wildlife, and local homes.
The first image shows Kangaroo Island on December 16, 2019 before the bushfire, and the second image shows Kangaroo Island with substantial burn scars, and continuous burning on January 7, 2020.. The devastation has claimed one-third of the island (155,000 hectares/383,013 acres).

These images were captured by NASA’s Terra Satellite using the MODIS instrument.The MODIS (Moderate Resolution Imaging Spectroradiometer) instrument has the ability to highlight burned areas, and distinguish them from areas of regular vegetation. NASA instruments detect actively burning fires, track the transport of smoke, provide information for fire management, and map the extent of changes to ecosystems. Therefore these instruments have become vital tools when dealing with natural disasters.