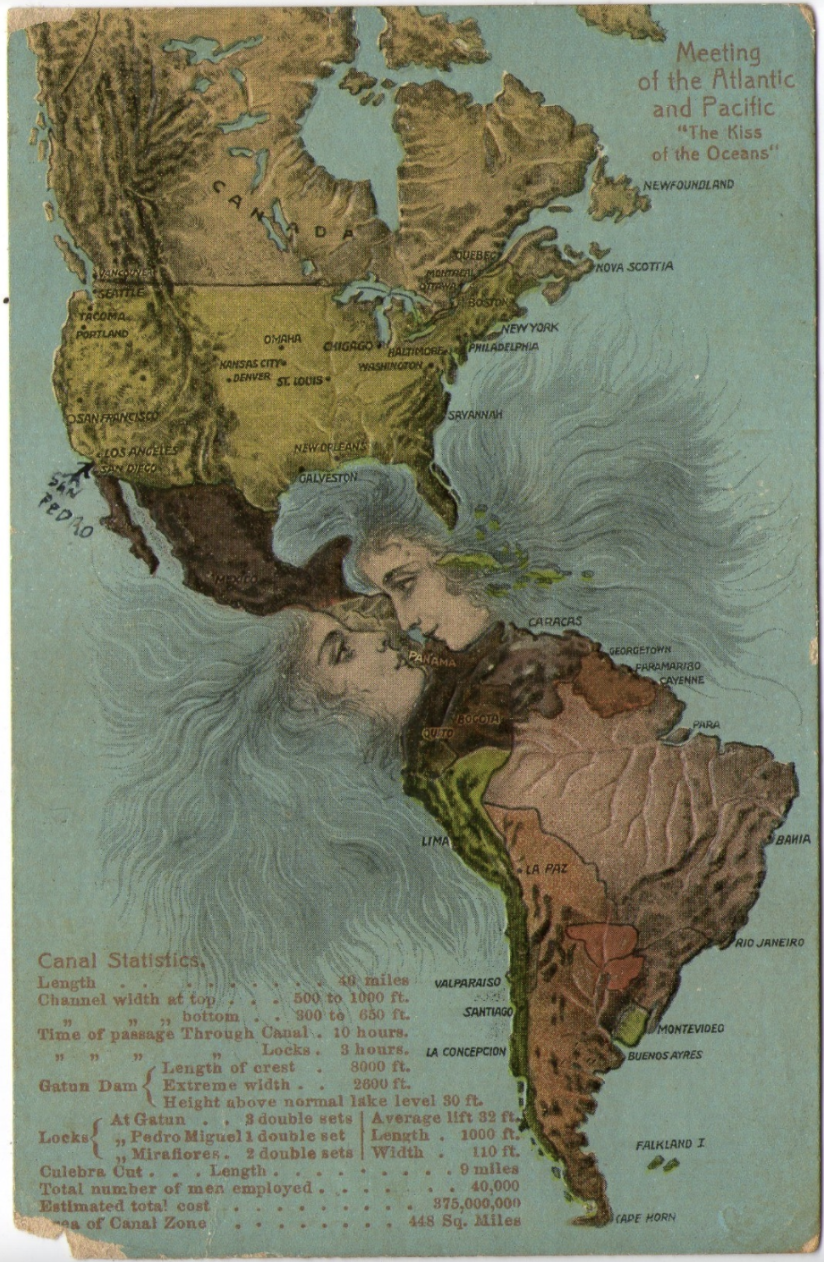 This 1931 postcard titled ‘Kiss of the Oceans’ was created to celebrate the powerful creation of the Panama Canal. The original image of the meeting of the Atlantic and Pacific oceans as two women looking at each other across central America comes from Issac L. Maduro, Jr., an artist and photographer from Panama. Many believe the two women are mermaids who are kissing across Panama.

The map is limited by very few locations labeled. Only Canada and Panama are labeled and three dozen cities. It’s hard to tell from the image, but the postcard has texture with the topography of countries raised.

To commemorate the opening of the Panama Canal in 1914, the ‘Kiss of the Oceans’ postcard was created to tell the famous and fascinating story of one of the world’s greatest technological achievements. Until its creation, the only way to travel between the two oceans was to sail around Cape Horn at the southern tip of South America. The canal was an astounding engineering feat that has had a major and vital impact on the world systems of power, politics, and commerce. Over one million ships have traveled through the Canal in the last century.

To read more about the ‘Kiss of the Oceans,’ check out the Flagler Museum and Geographicus.