Water is a basic need for all living things. On average, one person in the United States uses between 80-100 gallons of water per day. Although water may seem easy to come across in many parts of the United States, this is not true for over 460,000 households across America. Approximately 1.5 million people lack a plumbing connection to access water for drinking and sewage purposes. Many of these individuals hail from low-income backgrounds.

Using data from the U.S. Census Bureau, Meehan and Deitz were able to map the presence of plumbing poverty across America. Metrics such as income, ethnicity, housing tenure and type, race, and geography were utilized for their work. The data compiled with these metrics was paired with PUMAs, a geographic unit with the ability to roughly follow county boundaries.

Further, the researchers were able to create the following map: 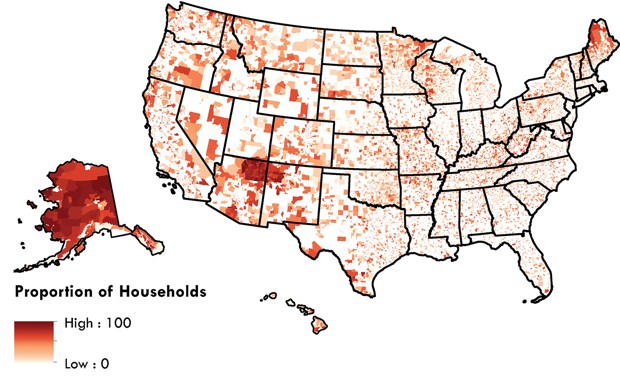 The legend found on this map indicates the number of households with plumbing poverty in one area. As the household number increases, the location will appear in a darker red. Looking at the map, one can observe how plumbing poverty is highly concentrated throughout the state of Alaska. The same rings true for northern parts of Maine and Arizona. Meehan and Deitz write that plumbing poverty varies by geography due to the fact that other socioeconomic factors come into play.

Some factors that played a significant role in this study were housing, race, and income. 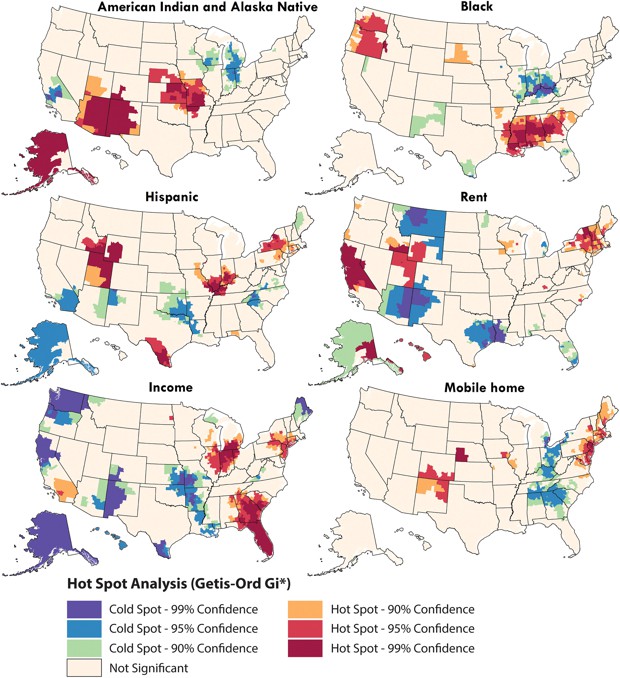 Depicted above are maps that show the correlation between plumbing poverty and race, income, and household type respectively. The legend for this map differs a bit from the previous one. Cold spots (purple, blue, green) indicate a negative relationship between plumbing poverty and the designated socioeconomic factor. Hot Spots (orange, red, dark red) indicate positive relationships between it. For example, income and plumbing aren’t directly related (negative relationship) in Alaska. However, they are positively related in the state of Michigan.

Some other findings from the study include:

Unfortunately, plumbing poverty has made water scarce for hundreds of thousands of households. As this continues, those impacted may face bigger health concerns in the future.