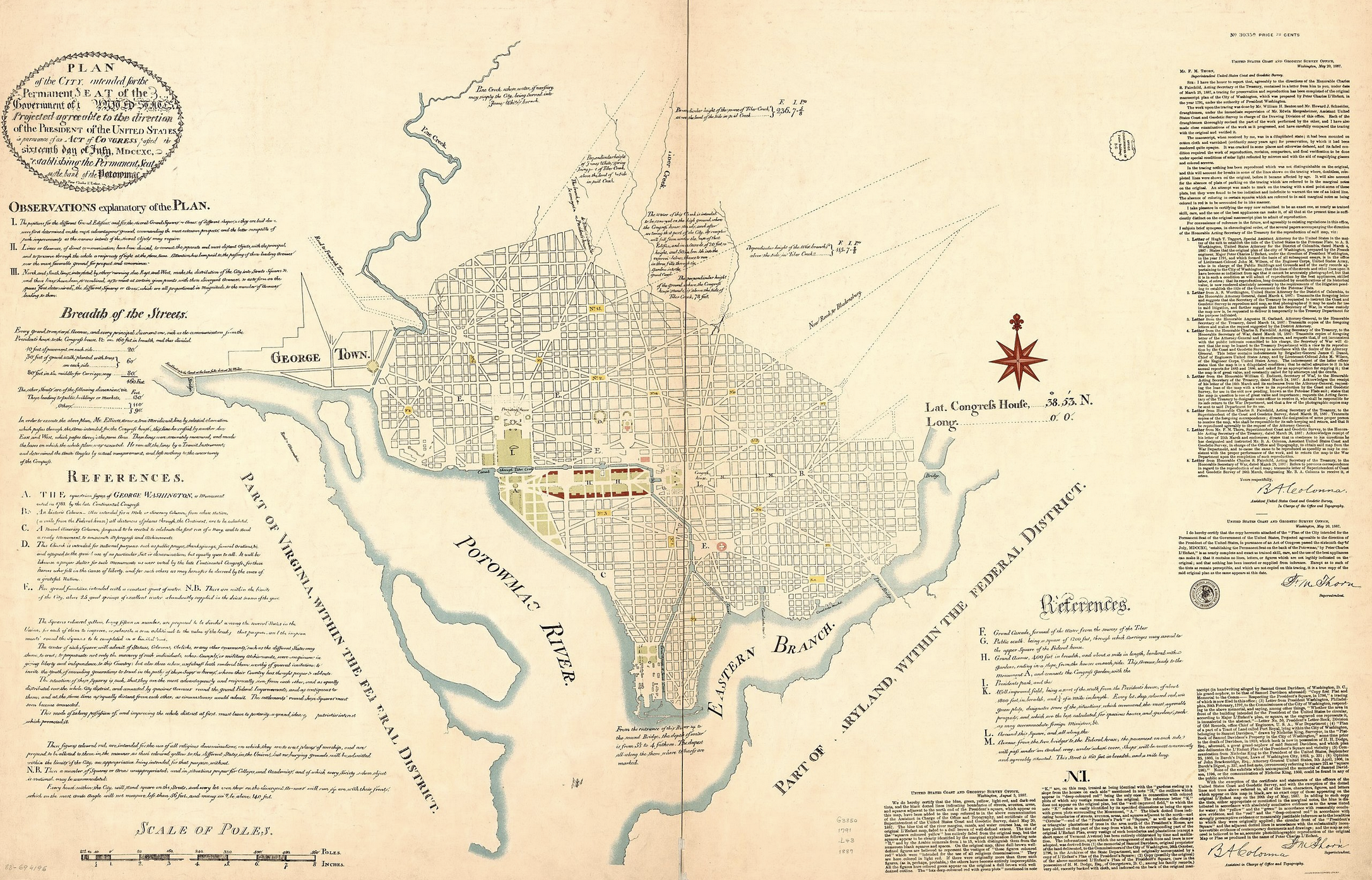 When Washington, DC was decided as the capital of the United States, French engineer and architect Pierre Charles L’Enfant asked George Washington to design the new capital city.  Washington appointed L’Enfant as the city planner in 1791, and L’Enfant drew up the city map, which would widely become known as the L’Enfant Plan over the following few months.

L’Enfant was given the vast land that sits at the confluence of the Anacostia and Potomac rivers to design. Washington, DC was his tabula rasa, and he imagined the city to capture the grandeur and power of the new federal government. Inspired by French Baroque philosophy, L’Enfant designed wide avenues to preserve the views of the government buildings, which he located at the center of the city. When walking around the National Mall where important federal buildings sit, one can spot wide green spaces that resemble the avenues of the Versailles Palace. 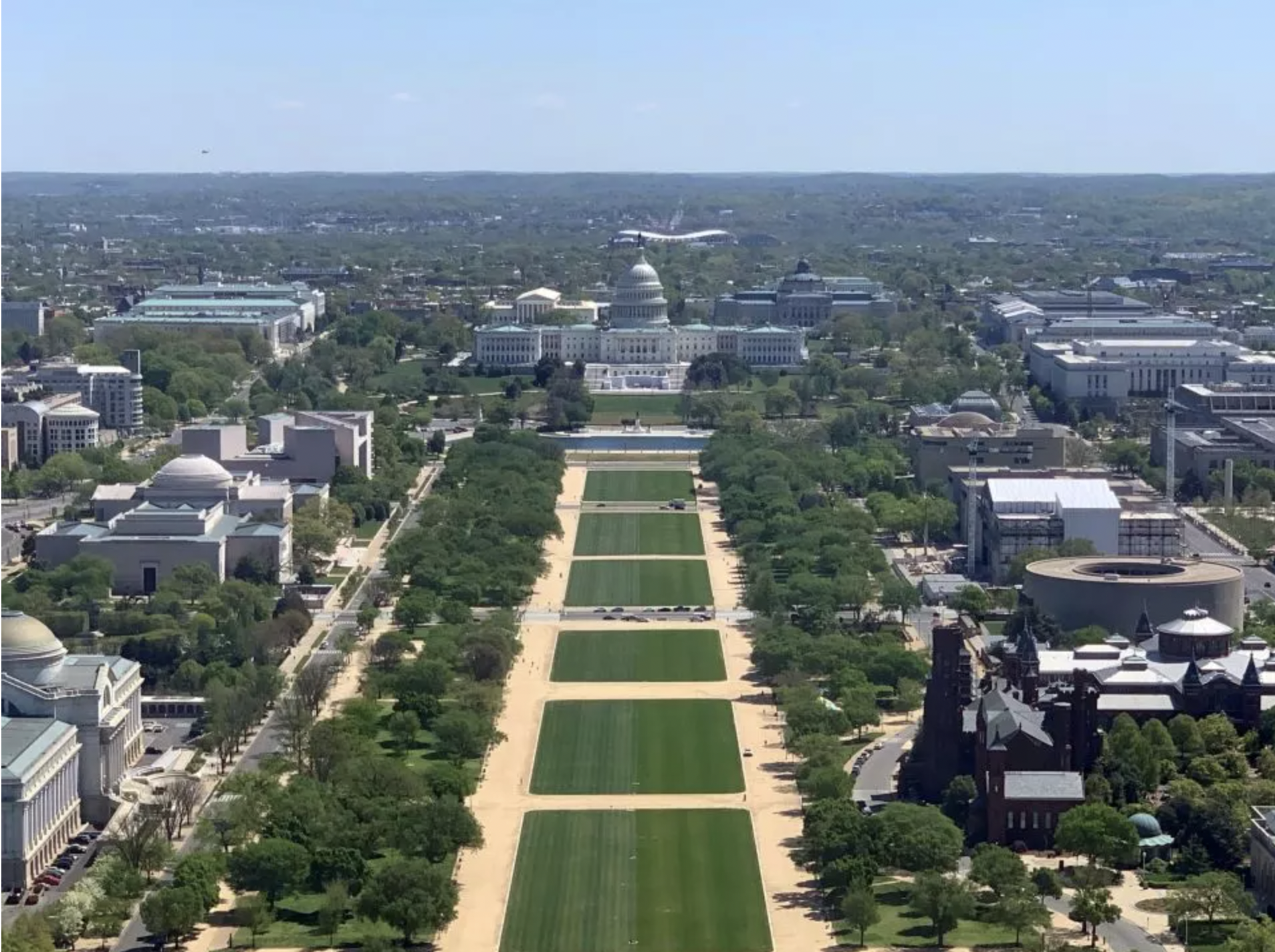 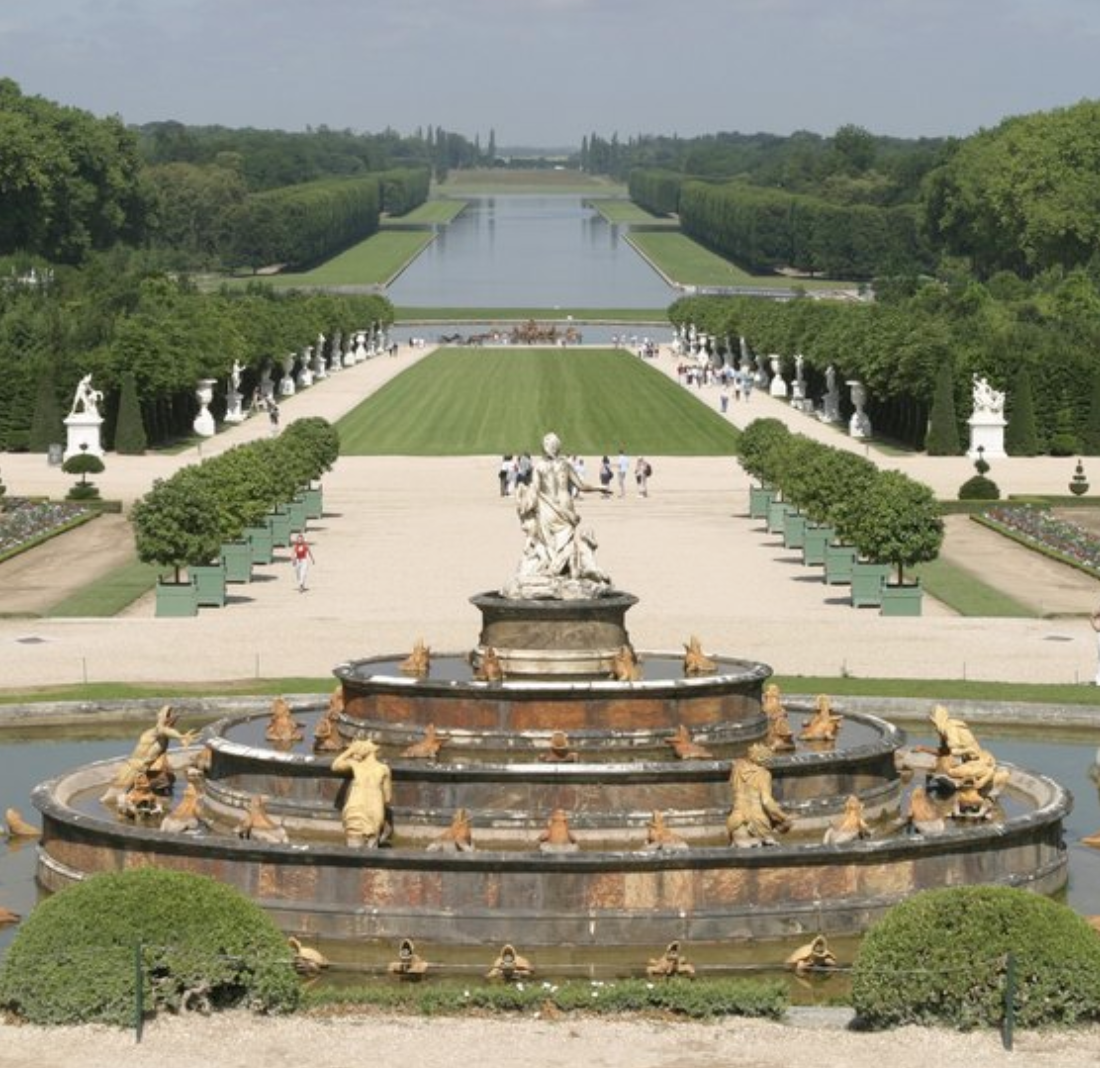 So what’s unique about the Baroque style? When many hear the term Baroque architecture, often one pictures the extravagant and elaborate buildings of Rome, Vienna, and Prague. However, the Baroque architecture, when applied on a macro-scale city-wide level, brought a new way of organizing the urban space. Originating in Italy in the 17th century, the Baroque style put palaces and places of government function at the center of the city. The neighborhood no longer became the main unit of planning. Instead, Baroque planners focused more on avenues and streets that led to government quarters.

A proponent of Baroque architecture, L’Enfant began his planning of DC by designating the location of the National Mall, then drawing out the streets and avenues. Only afterwards, residential spaces occupied the remaining areas left on his map. 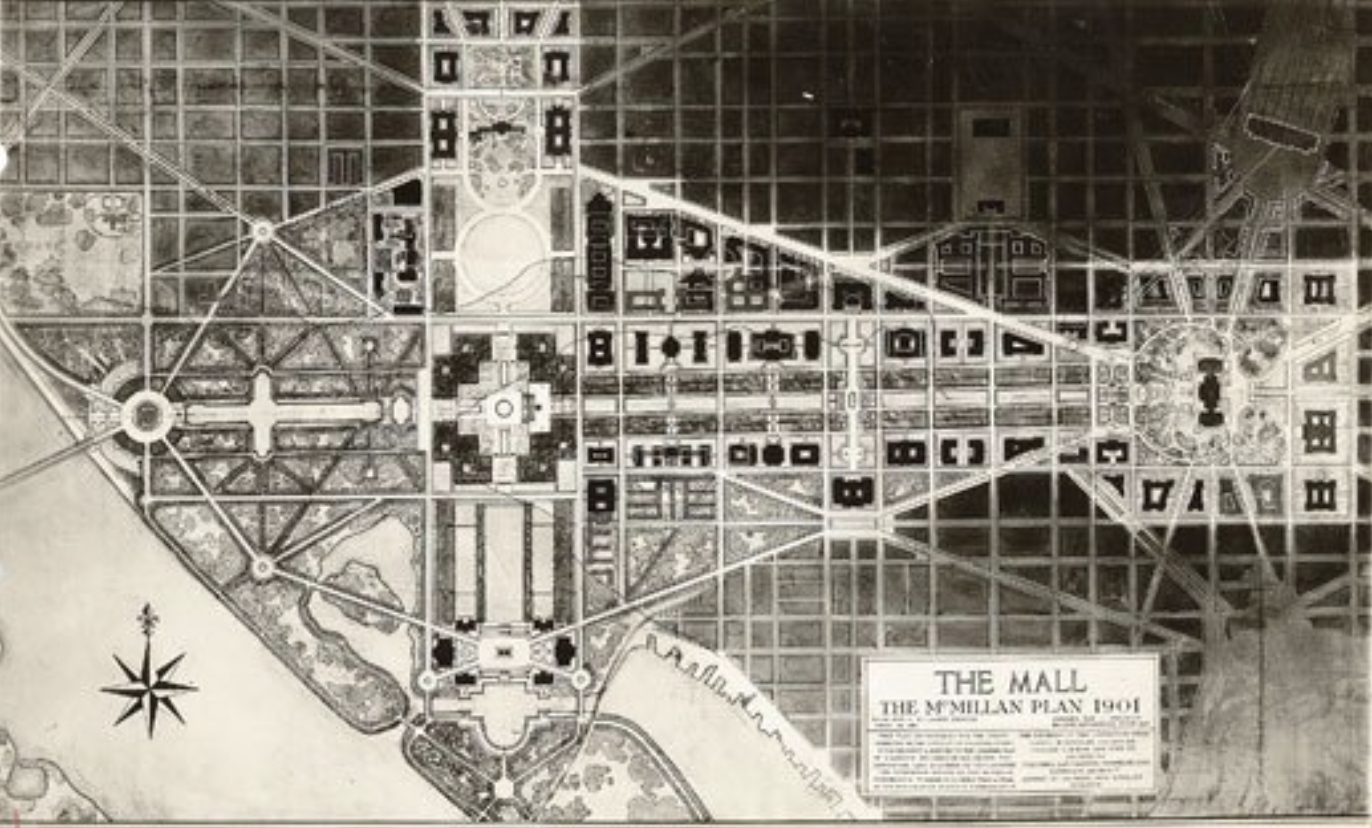 Of the 60,000 acres of land, L’Enfant only reserved 1,965 acres for building lots. This was less than two-thirds of the land that he planned for streets and avenues. In fact, it is not difficult to discern this from his plan. On the map, the white spaces are public space while the squares outlined in black are private. Above all, the National Mall was planned as the most important place in the entire city. The wide stretches of spaces in and around the Mall often make visitors feel smaller, adding to the federal buildings’ sense of grandeur. 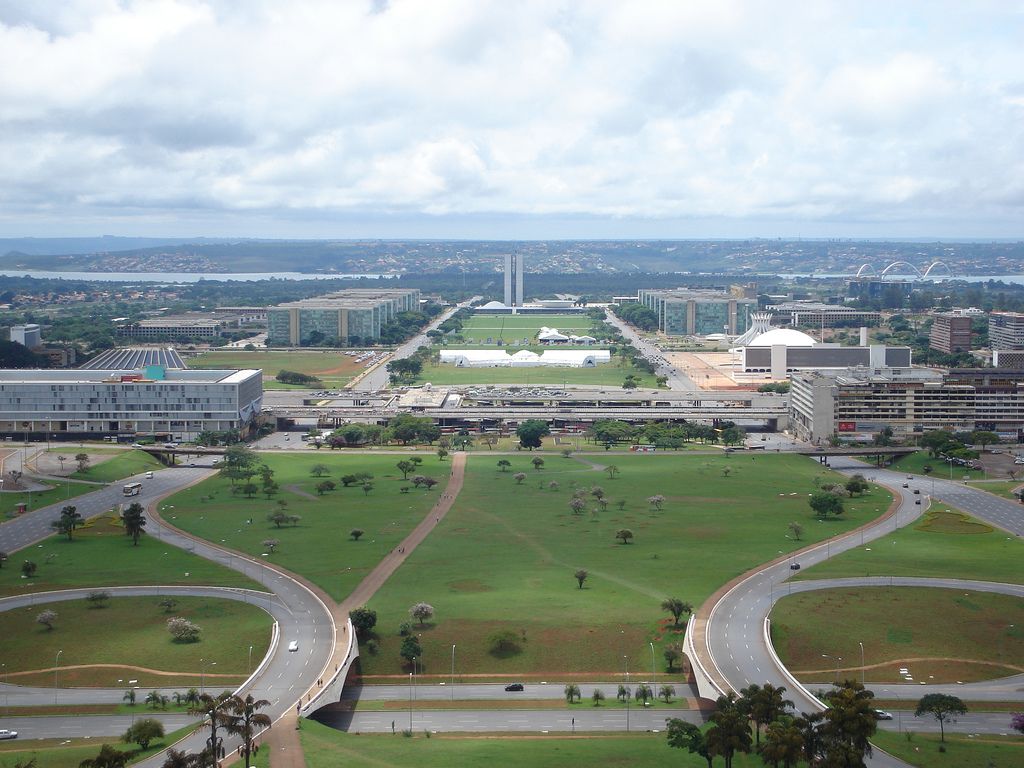 Beyond Washington, Baroque architecture’s influence in capital cities remains powerful. Consider Brasilia, the capital of Brazil; although built much later than both Versailles and DC, the ubiquitous green space and wide streets that lead up to the National Congress look all too familiar. Although in different parts of the world, these spaces have the same effect: amplify the importance of the government.