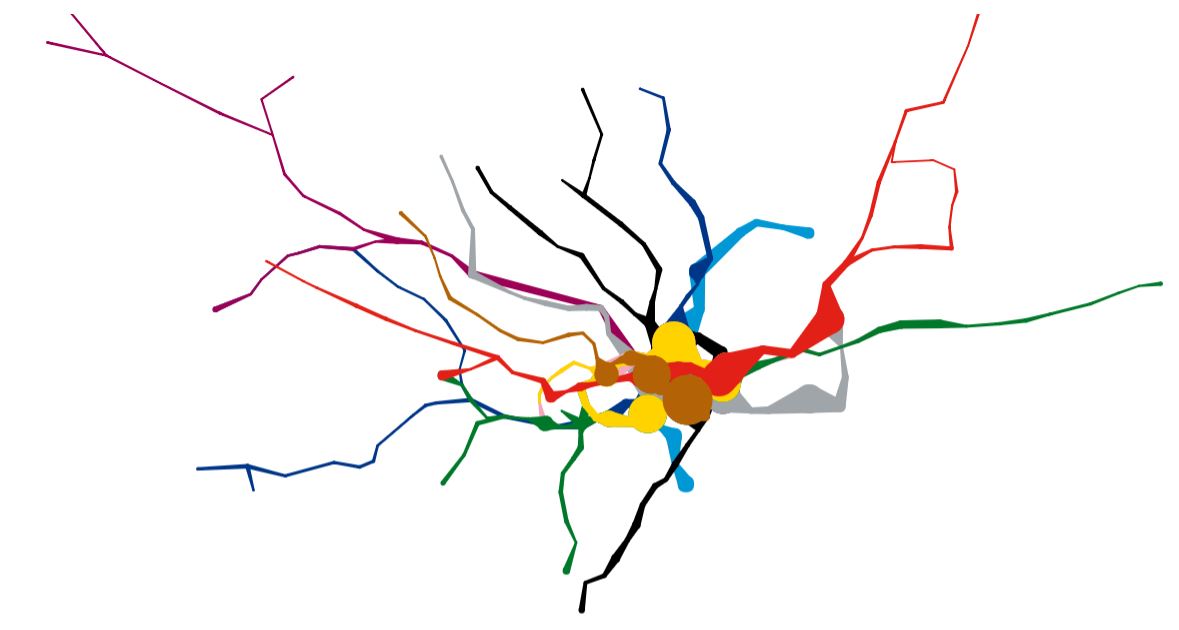 Have you ever felt defeated by the crowded subway while traveling in big cities? The London Underground, also known as the Tube, has eleven lines that cover 402 kilometers and serve 270 stations. It is the world’s oldest underground railway network and has been in operation since 1863. Every day, it carries up to five million passengers; and at peak times, more than 500 trains are bolting around England’s capital. In order for both locals and visitors to understand the where, when, and how of the city’s transportation system, a data enthusiast Gwilym Lockwood, who works for data visualization company The Information Lab, decided to create an interactive map that showcases just how busy the Tube is.

Lockwood’s map redraws the original map of the Tube into a spidery design, where each line changes thickness depending on how busy each station is. By hovering around the interactive map, you can view the station name and the number of commuters passing through the station at peak times throughout the day. As the map shows, the thickest (busiest) spot in London is Waterloo station, where more than 300,000 passengers commute each day during busy periods. Other stations such as Bank, Kings Cross St Pancras, Oxford Circus, and Victoria are also among the busiest. 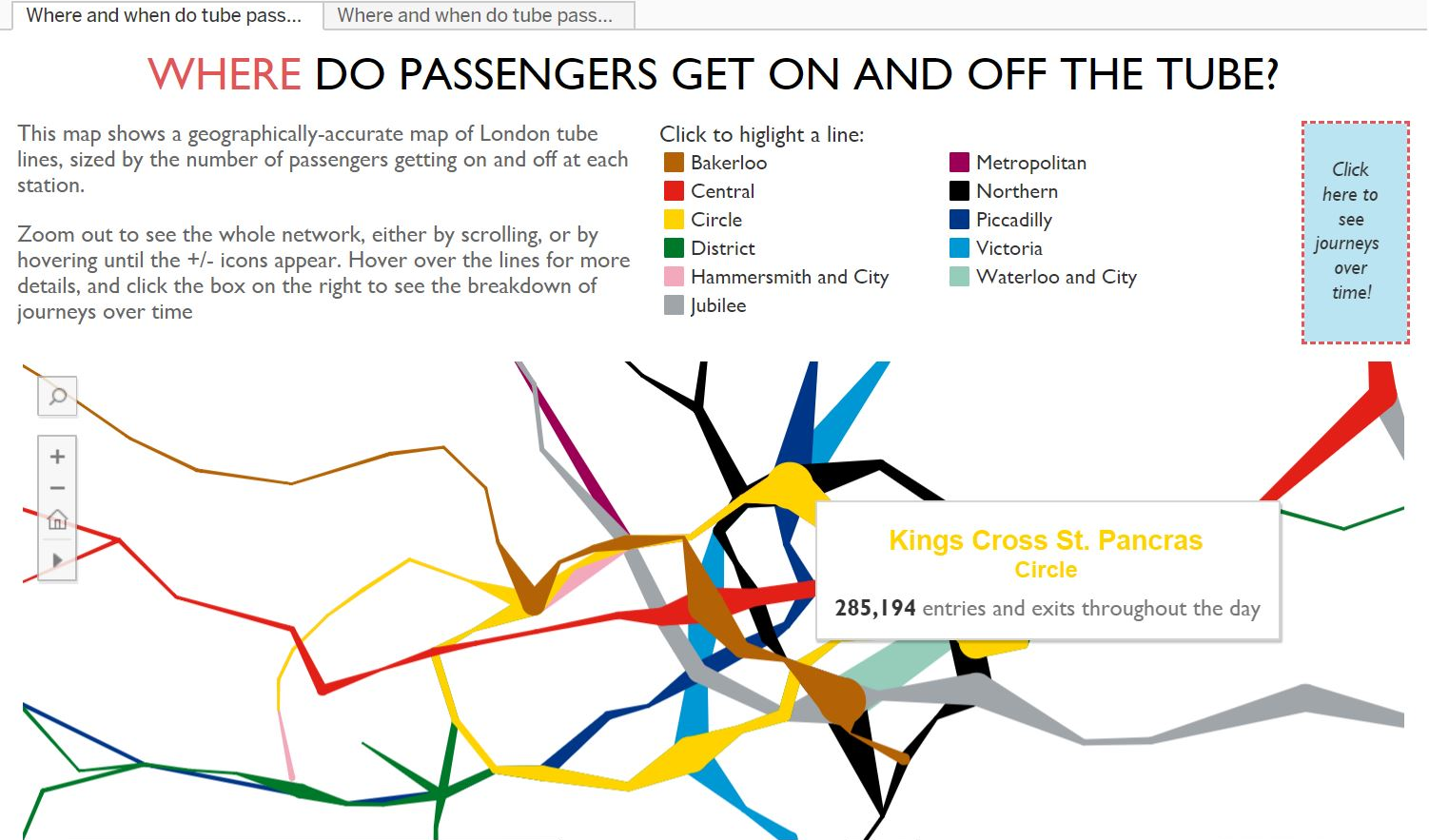 Furthermore, Lockwood breaks down the transport network data into periods of 15 minutes for a better understanding of the numbers of passengers getting on and off each tube line throughout the day. By clicking on different legends of the tube, the graph shows the number of entries and exits from each station throughout the day. For example, between 8:30 and 8:45 in the morning, there are 10,000 people going into the Tube while 3,000 people leave at Waterloo station. The graph also shows the comparison between different tube lines, and also allows users to specify any time periods for observation. 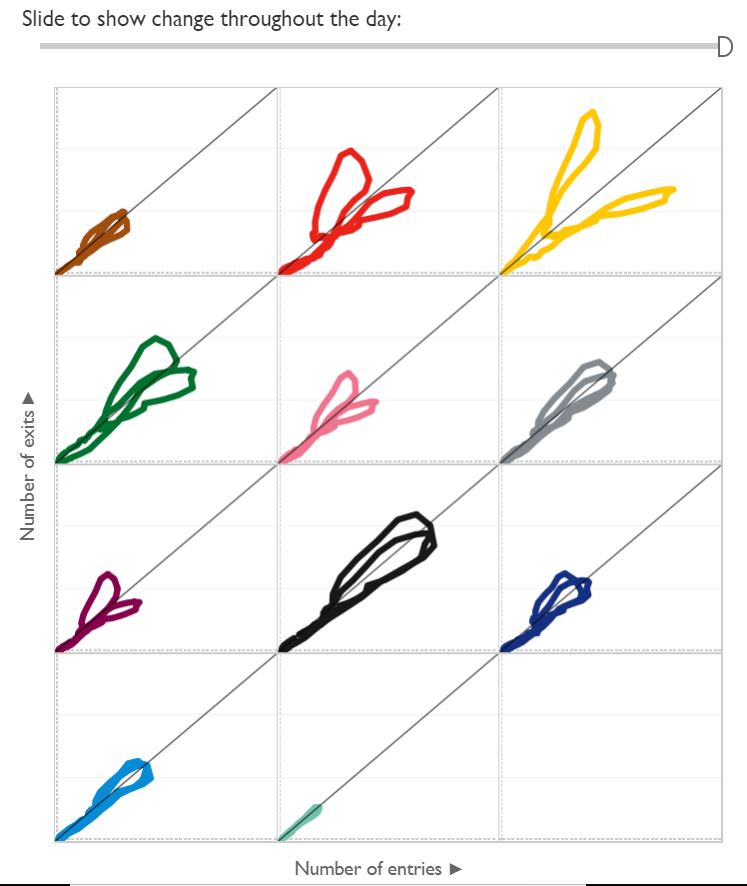 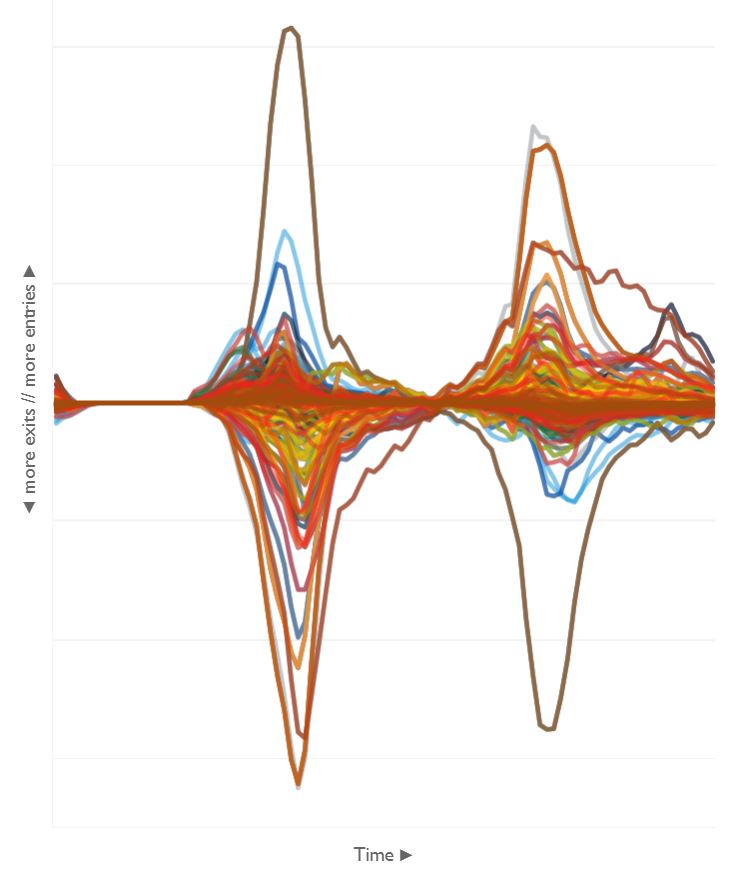 Coming from a place of interest in data science, Gwilym Lockwood created the interactive Tube map to benefit thousands of people. As mobile data analysis receives more and more attention, this map is not only a representation of the power of mobile data but also a work of art. From a geographical perspective, this map is more than just a map. The interactive function has greatly reduced the distance between creator and user, and make the map more useful and interesting. If Mr. Lockwood could create the same interactive subway map for New York City, it could shed light on many transportation issues and benefit an increased amount of subway riders.