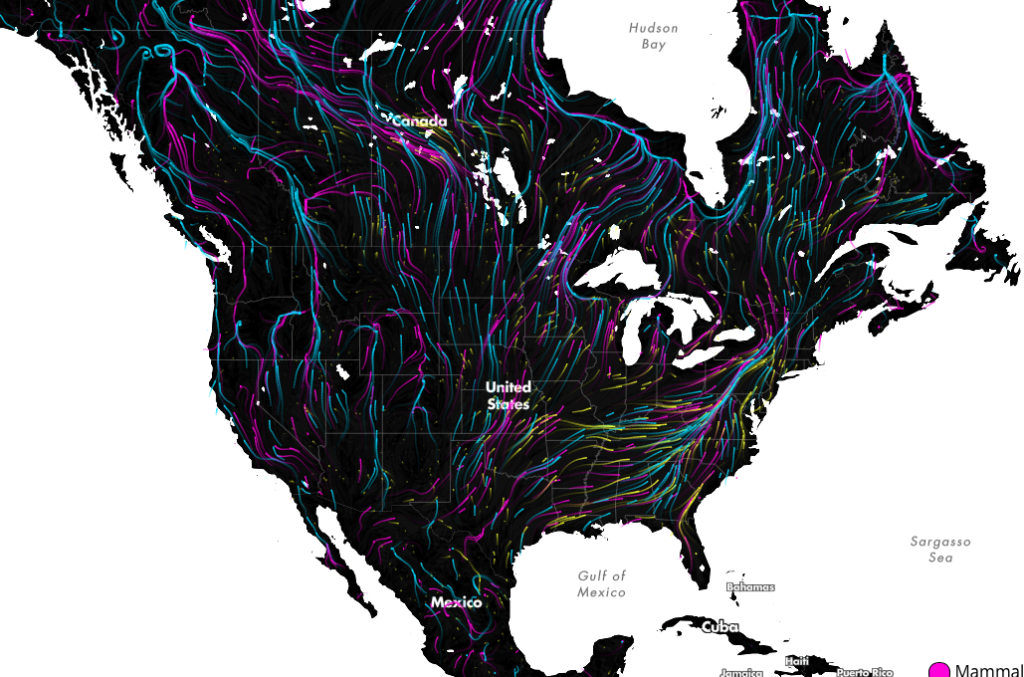 Migrations in Motion is an interactive map that shows the trajectory species are expected to take in the coming changes to their surroundings due to a change in climate. This project was created by Dan Majka of The Nature Conservancy’s North American Region science team through a collaboration between The University of Washington and The Nature Conservancy. The map lays out the projected path of 2,954 different species of animals and takes into account what conditions are necessary to their survival in determining the projected migratory path the species would take. Users can observe the paths mammals, birds and amphibians will take through their color specific paths on the map. Migrations in Motion used flow models to map out the potential routes using electronic circuit theory.