Since the disastrous 1986 nuclear power plant explosion in the USSR’s city of Chernobyl, environmental consequences have not yet been settled. The explosion and subsequent fire in the power plant’s reactor #4 devastated local environments and cities, including Pripyat, which had to be completely evacuated after the explosion and remains a ghost town to this day due to persistently high levels of radiation present. Radiation levels in these areas can reach upwards of 1.2 millisieverts per hour. In layman’s terms, spending only a few hours in a highly contaminated area can deliver a lethal dose of radiation that would only be safe if it were accrued over the course of 1 year. Radiation levels remain high in the areas outside of the original explosion site, and radiation leakage from the power plant continue to this day. Now more than ever there is a strong necessity for remote technology to handle the gathering of information in the most contaminated sites and cleaning them up.

That is why the UK’s National Centre for Nuclear Robotics (NCNR) developed a new drone technology that can infiltrate hazardous areas not suitable for humans so that data can be gathered from a safe distance. Chernobyl’s Red Forest, located just 500 m from the Chernobyl nuclear complex, was hit by the immediate fallout from the explosion and many of the forest’s trees died and turned orange because of this. Even today, some areas of the forest are strictly prohibited for humans to visit due to extremely high levels of radiation present. The goal of NCNR was to map radiation levels present in the forest to update information about what’s happening on the ground where people cannot go. The map below illustrates the results of the drone’s findings: 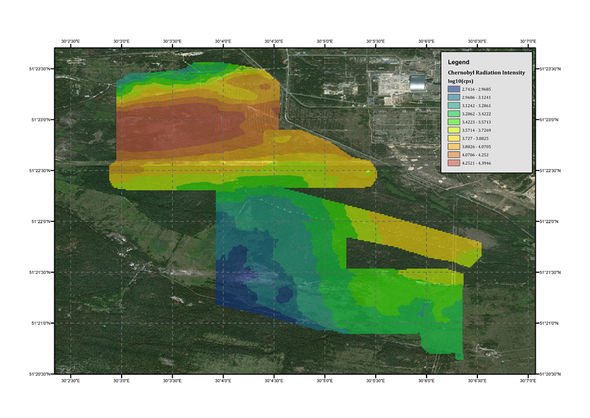 The group launched a two week expedition in April of 2019 that used custom built radiation detectors to measure levels. There is a two step process involved when collecting information of this sort:

The survey conducted by NCNR confirmed previous information about radiation distribution in the forest but in greater detail. Additionally, the drones have identified several unexpected spots of high radiation levels. One of the new radiation exposure sites, “turned out to be an old soil separation unit used during the original clean-up efforts. They were trying to separate out the contamination and thereby reduce the volume of the waste” says Tom Scott, professor from Bristol University and co-director of the NCNR. 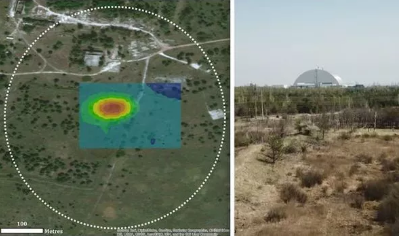 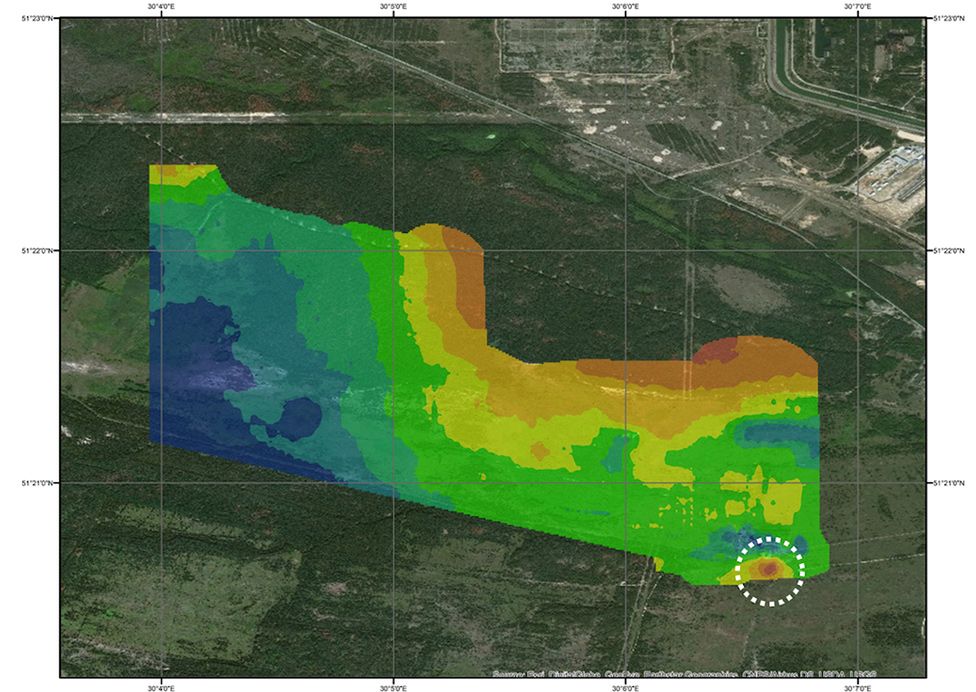 This method of collecting data is revolutionary in gathering data about unsafe areas, because drones reduce the need for humans to venture into unsafe areas. High radiation levels are known to cause health problems like cancer and kidney failure in humans, as was seen in victims of the explosion’s radiation fallout. When the explosion occurred in 1986, USSR military personnel were required to clean up and contain the radiation on foot, without the use of sufficient technology to protect them. These people suffered horrendous radiation exposure, and many of them died as a result. Hundreds of emergency servicemen were treated for acute radiation syndrome (ARS). While radiation levels remain  high in the areas outside of the original explosion site, and continuous radiation leakage to this day, there is a strong necessity for remote technology to handle the gathering of information in the most contaminated sites and cleaning them up. Tom Scott boasts about the technologies safe methods of data gathering, saying, “We can fly into a contaminated area from a safe zone, perhaps 10 km away from the incident site, and gather detailed information – streaming it live during the flight before returning safely to base.” (Express) It is especially important for Ukraine, which is trying to update it’s safety protocols in tourist areas near Chernobyl. The mapping exercise performed by NCNR will help in defining safe areas for decades to come.