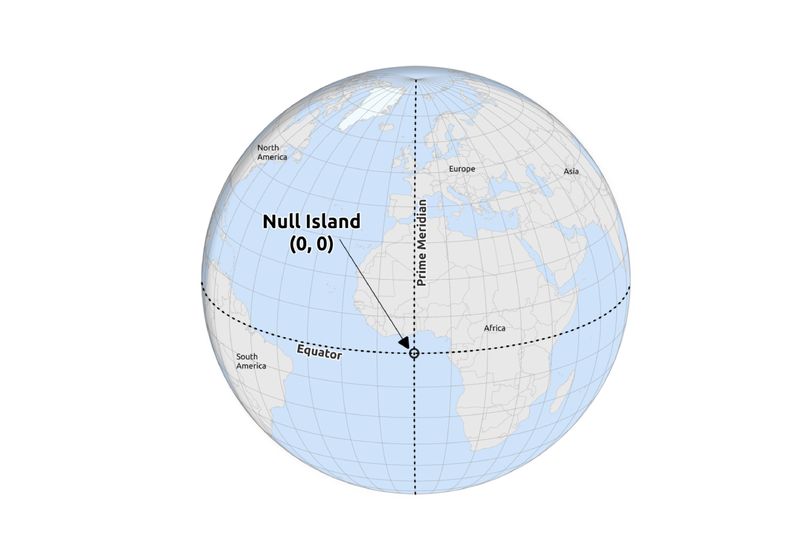 Located in the middle of the Gulf of Guinea in the eastern Atlantic Ocean, Null Island derives its name from the location 0°N, 0°E. While it is spotted on several web maps including the Strava heatmap or a property viewing site Whathouse.com, the most fascinating aspect about Null Island is that it does not exist. In reality, at 0°N 0°E, one can only find a weather buoy anchored in the Gulf of Guinea. The Island only exists on our maps because of Geographical Information Systems (GIS).

GIS is a mapping system that stores and analyzes geospatial data and represents them on a digital map. Geocoding is one function of GIS through which addresses are converted into geographical coordinates and placed on a map. The geocoding function is what helps Google Maps find your home on the map by transforming your home address into longitude and latitude coordinates.

However, like all computer systems, GIS generates errors from time to time. The Null Island is a product of such geocoding errors. Its location 0°N, 0°E is determined by the World Geodetic System 1984 (WGS84) which is a standard reference system for the Global Positioning System. When inputting 0°N, 0°E, it is understood by the computer as one of many locations around the world.

However, whether this fictional location should be represented on maps or not often leads to contentious discussions. For instance, for open source maps like OpenStreetMaps (OSM) that invite anyone to modify their digital maps, the deletion of the Null Island on OSM led to heated debates.

Null Island is not the only arbitrary starting point of geographical coordinates, however. Some researchers in the U.S. often begin their mapping with a location in the town of Lebanon, Kansas. This location is seen as the geo-centroid in the U.S. Unlike Null Island, however, there are people who reside there. Its location as the geographical center of the U.S. has been negatively impacting Kansas residents, often caused by visits from federal agents and the military.

The existence of Null Island is an important reminder that mapping is only a way to simplify the world that we live in, and putting any 3D object onto a 2D object leads to distortions. Regardless of how advanced our technology becomes, one can only hope that it will help us more closely represent reality rather than perfectly embodying the space around us.