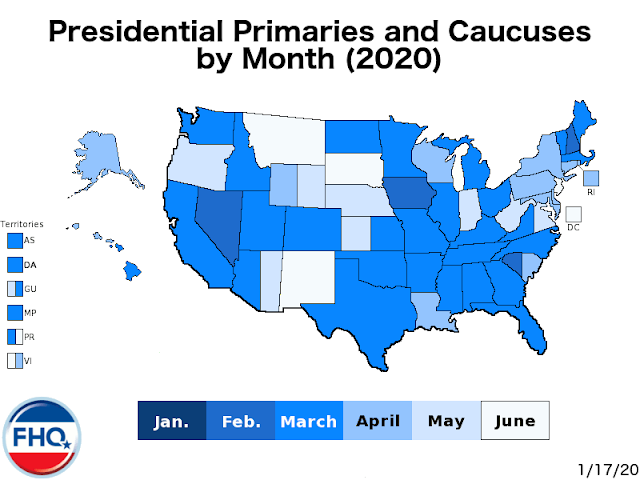 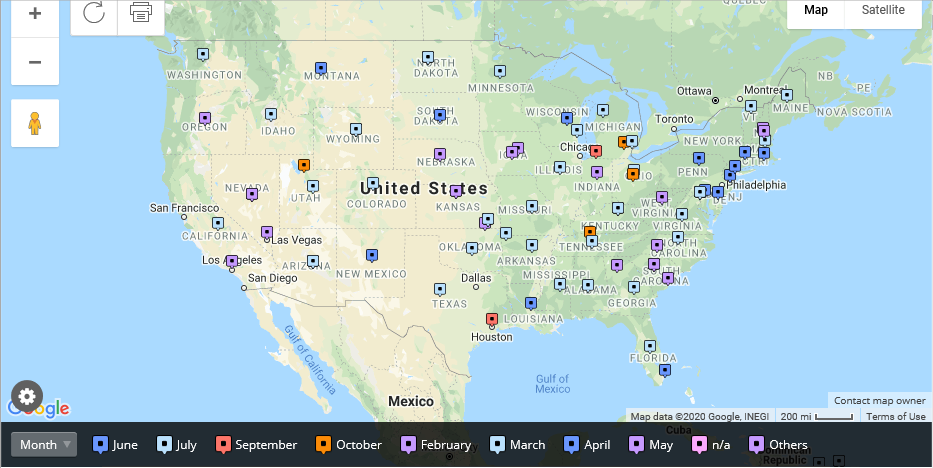 Only nine months separate us from the 2020 Presidential Election and there is enough going on to make your head spin. Luckily, we have maps like these to make the 91 election-related events between now and then a bit more intuitive. Across the country (and territories) voters are gearing up for their time in the spotlight. This month alone, on seven separate occasions, we have the February primaries (New Hampshire, South Carolina), caucuses (Nevada, Iowa) and debates (Las Vegas, NV, Charleston, SC, and Manchester, NH). You can toggle through Batchgeo’s interactive election map to see everything that’s happening nationwide, or check out the visual “Presidential Primaries and Caucuses by Month” to prepare for what’s to come.

We’ve already been off to a rocky start with the disarray that continues to surround the Iowa Caucus. Only 71% of the results have been released as Wednesday afternoon after the app developed to record, count, and sort the incoming votes only did so partially. The app had never been widely tested and was created by a company directly contracted by Iowa’s Democratic Party. While we wait to hear the final numbers, the candidates are still in motion. The New Hampshire Primary (structurally different than a caucus) is less than a week away and campaigns on-the-ground are already in full swing. In the words of Presidential Candidate Pete Buttigieg (already in New Hampshire) “Things get spicy around primary season.”

Many are looking toward these first two primarily events as indicators for how the rest of the year will go—every president in the last four decades (except Former President Bill Clinton) won their party nomination alongside wins in either Iowa or New Hampshire. Entire studies have been dedicated to quantifying the amount of influence early-voting states have on the rest of the country’s numbers; the National Bureau of Economic Research calling early-voting states as much as twenty times more influential. After New Hampshire we’ll roll directly into the Nevada Caucus, closely followed by South Carolina Primary, and by that point Super Tuesday will almost be upon us. With fourteen states (and democrats abroad) voting on Tuesday March 3rd, the whole country will be on the edge of their seats.