As noted in our previous Map of the Week, last weekend marked the 50th anniversary of the Apollo 11 Moon landing, an event memorialized the morning after by AGS Councilor John Noble Wilford on the front page of the New York Times: “Houston, Monday, July 21–Men have landed and walked on the moon.” Continuing in that vein, today’s Map of the Week spotlights a new map of the Moon produced by Ordnance Survey (OS), the national mapping agency for Great Britain, which was created and released recently to celebrate the anniversary.

The highly-detailed map shows the surface of the Moon at a scale of 1:1,470,000, with total dimensions covering 1,350 by 1,000 kilometers of lunar terrain. Though the territory this map depicts is a far cry from the usual areas Ordnance Survey focuses on—their famous paper maps are almost all earth-based—the map bears the agency’s traditional cartographic style. 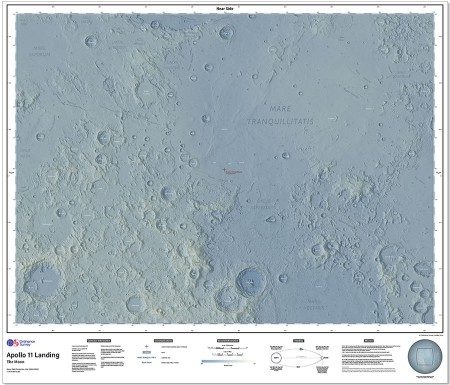 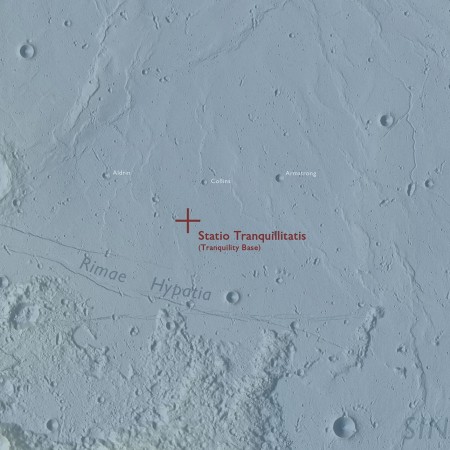 The map was created by Paul Naylor, program chair and council member of the British Cartographic Society, using topographical data from NASA, among other sources. Naylor used the publicly available United States Geological Survey model of the lunar surface, which was created using NASA’s Lunar Orbiter Laser Altimeter and the Japan Aerospace Exploration Agency’s KAGUYA Terrain Camera. Naylor then imported the data into QGIS, an open-source geographic information system, and filled in the graphics from there. Several closer views of the map are shown below. 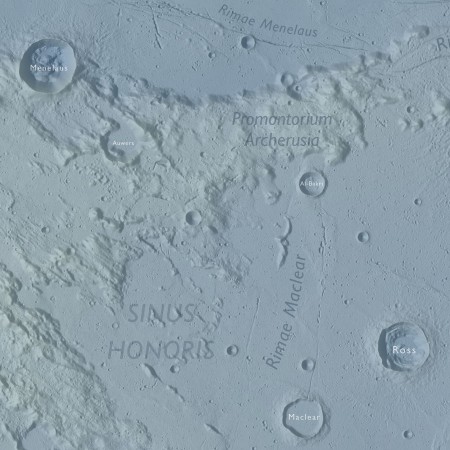 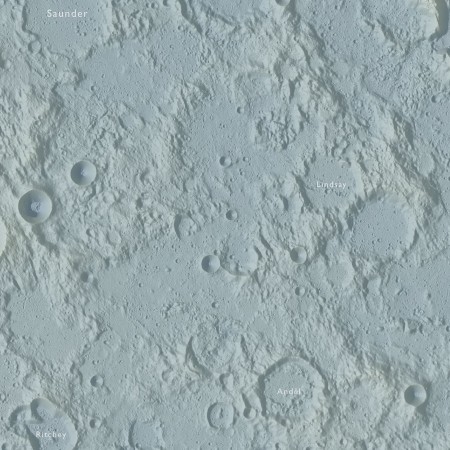 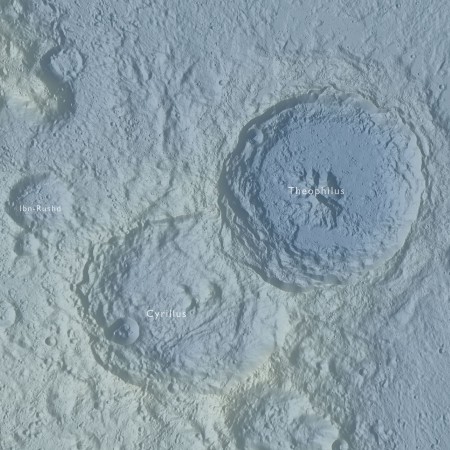 Though the vast majority of Ordnance Survey’s work has an earthly focus, this is not the first time the agency has released maps of extraterrestrial terrain. In 2016, it released a similar map of Mars, and once detailed topographical data is collected for other planets, OS will surely branch out even further. 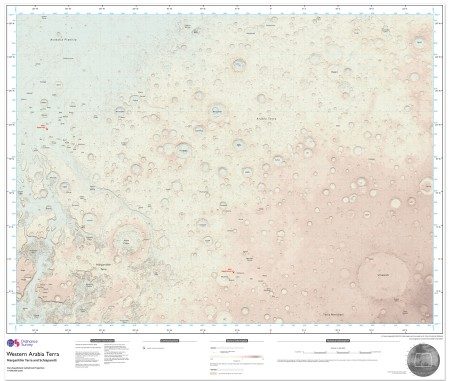