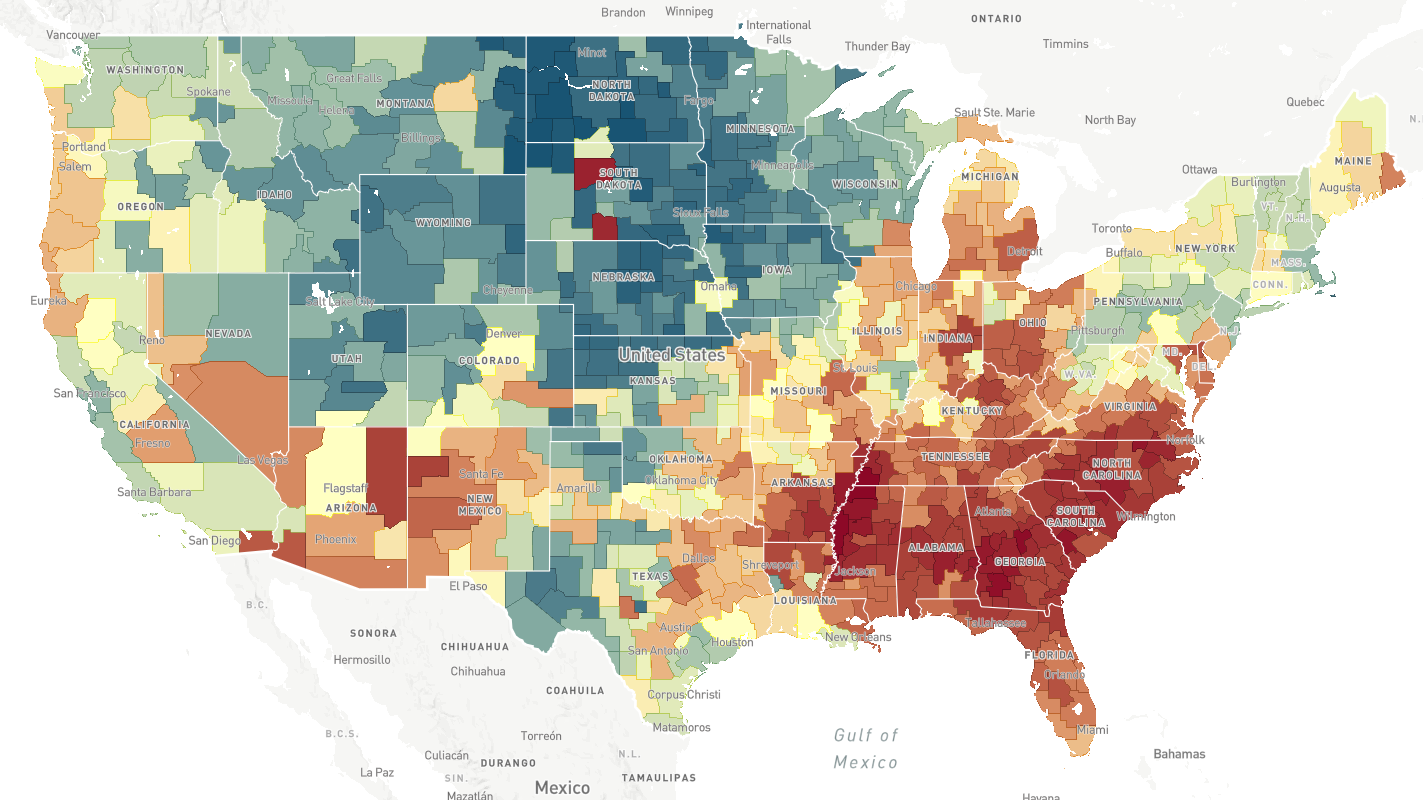 How does the neighborhood you grow up in, as a child of low-income parents, determine your possibilities for upward income mobility? Data from the U.S. Census Bureau and the Internal Revenue Service has been used by Harvard University economist Raj Chetty and his team of scientists, to explore the correlation between upbringing characteristics and socioeconomic chances later in life, in other terms, trends of either upward or downward mobility. The team has found for instance a strong correlation between where a person is raised in the United States and how high their income will be later in life. Growing up in the 40’s and 50’s of the previous century, children could be almost certain that they were going to earn more than their parents when reaching similar life-stages. Nowadays, however, this is not a given. As Raj Chetty explains, only fifty percent of the people turning thirty today (being born mid-1980s) go on to earn higher wages than their parents.

Thus, the Harvard team created an interactive map called “The Opportunity Atlas”, which depicts the United States and allows you to zoom into different neighborhoods. Subsequently, you can choose on which (dual or multiple) factors you want to focus in particular, such as: income of the parents, race of their children or gender of their children. If you select a certain neighborhood, it shows the outcome of these characteristics, taking together the average income for offspring in that particular location. The goal of the research is to make policymakers aware of the relationship between a person’s economic situation and the neighborhood in which they grew up in. For example, the area where you grew up can create certain restraints (or opportunities) for you in terms of wages and employment. Even when an area, such as Charlotte, experiences overall economic growth, it does not necessarily mean an increase in upward mobility for all neighborhoods, indicating that increased wealth does not equally distribute over different neighborhoods automatically. This can be partially attributed to factors related to a neighborhood composition and facilities, such as education and the network of people you create, which all contribute to job opportunities later in life. And thus, Raj Chetty’s team hopes the map will evoke certain policy measures to tackle these problems for certain areas.

The map of this week highlights one aspect of the available data from the interactive map, looking at the correlation between the income status of people having parents with a low-income as well as the neighborhood where people were raised, where a person’s income is the outcome variable. The red areas mark neighborhoods where people, having had a childhood in a low-income family, tend to stay poor. In contrast, the blue areas mark neighborhoods with upward mobility: people earning more than their parents did, with a median income of $33,000 a year, marked as light yellow. Interestingly, the geographic aspect of a neighborhood is apparently so defining for one’s income in life, that a move to a neighborhood with better prospects increases lifetime earnings for a child from a low-income background by $200,000 per person, as the researchers have found.