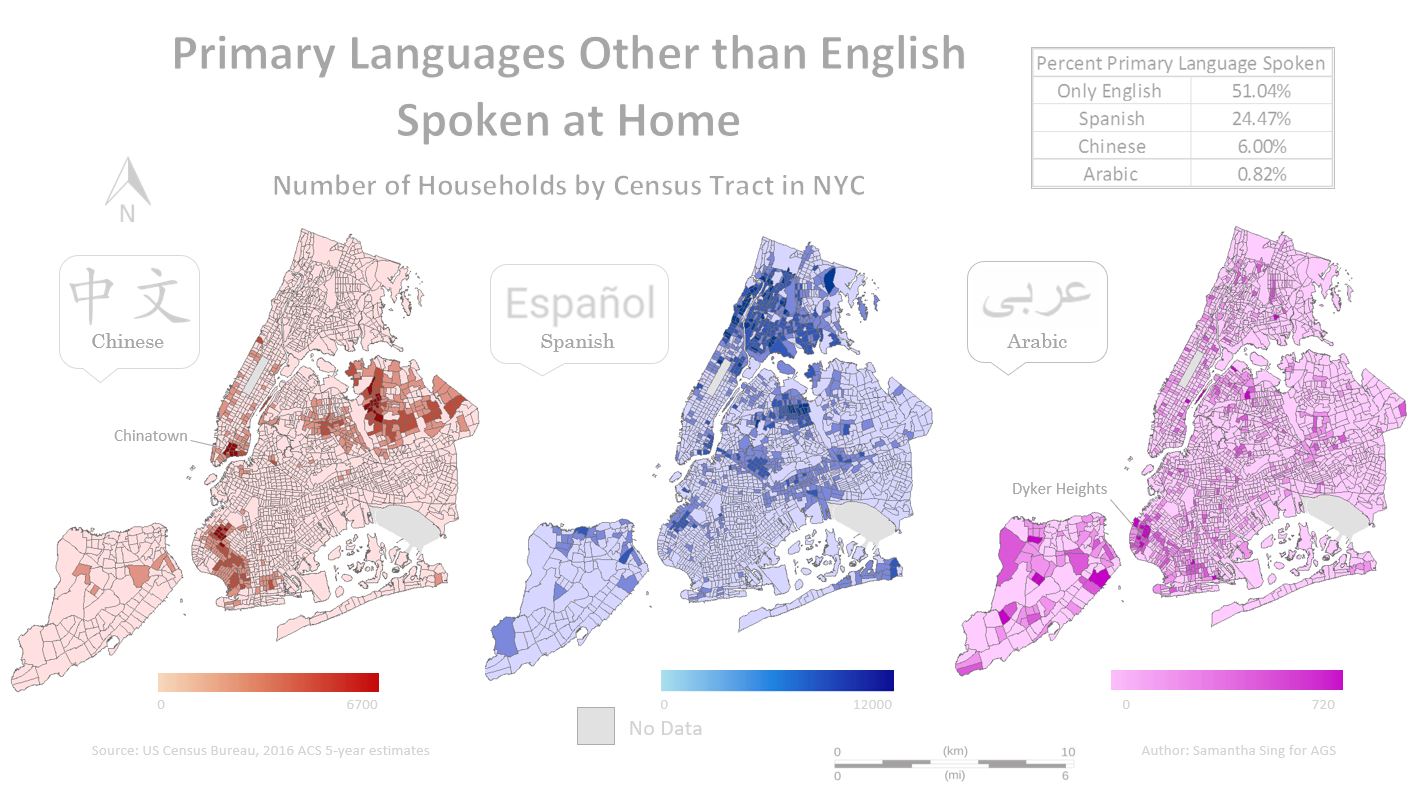 These maps were created using CARTO.

Do you speak more than one language? New York City (NYC) is one of the most diverse cities in the country, with an ever-changing community of immigrants, that bring their culture and language with them. Out of the nearly 62 million foreign-language speakers there, 44 percent were born in the US. The Center for Immigration Studies reported that in the U.S., between 2010 and 2013, there was a large increase in the number of households whose primary languages were Spanish, Arabic, and Chinese. Using the United States Census Bureau data, this map depicts the distribution of households that speak the three languages in NYC. According to the Endangered Language Alliance there are about 800 languages spoken in NYC, with Queens having the most diverse set of languages (Check out the map below to see if your language is spoken in Queens). The city will continue to experience an increase in polyglots as many schools are encouraging students to learn a second language. 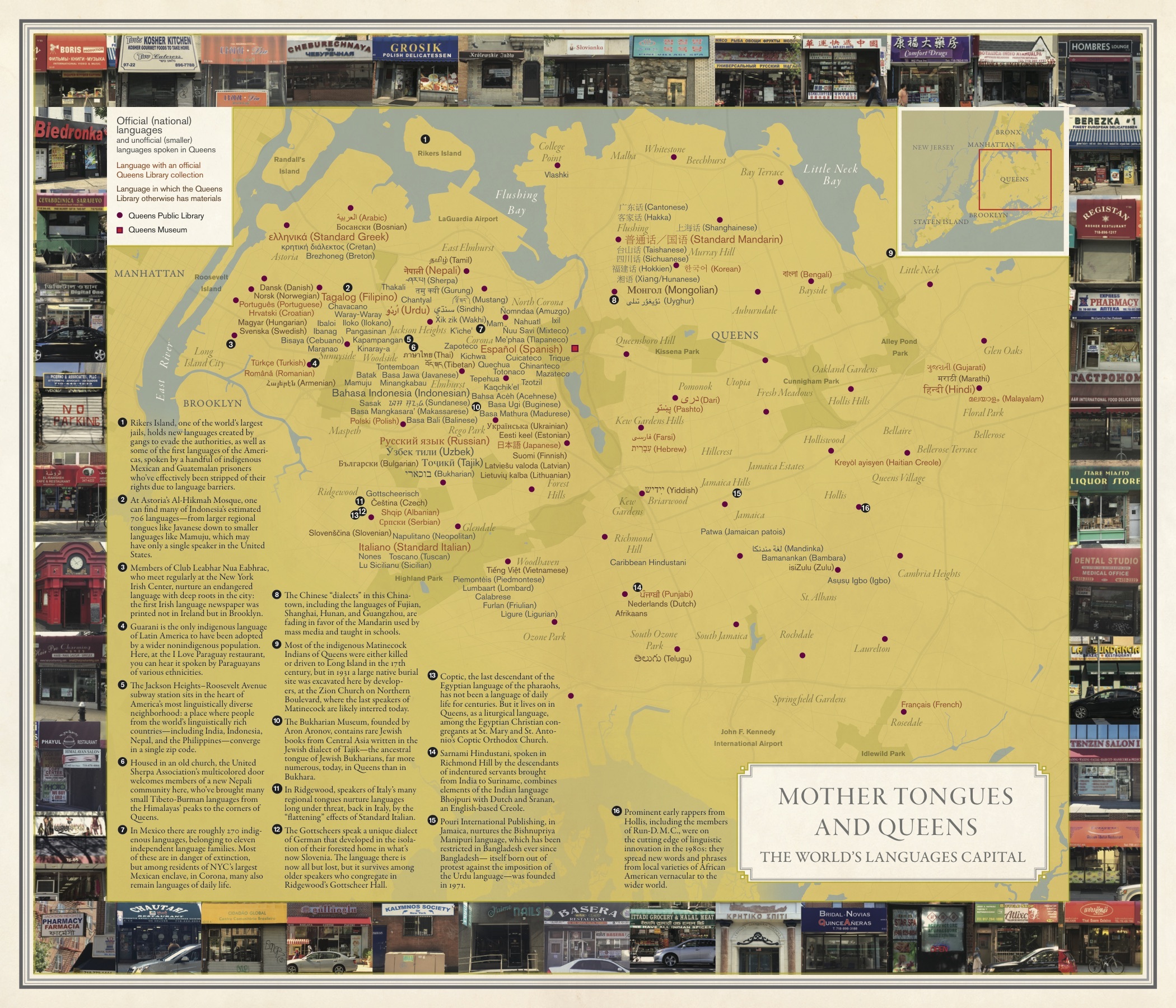 Source: Mother Tongues and Queens This map depicts the many languages that are spoken in Queens, “The World’s Languages Capital”.