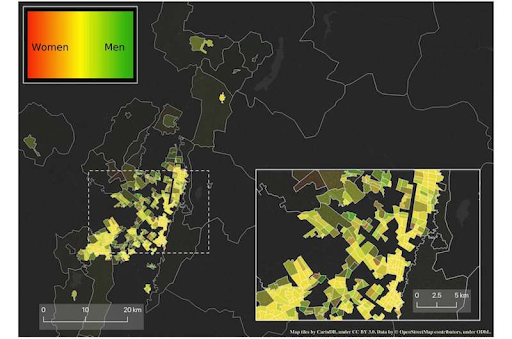 Gender and socioeconomic status play a large role in how people navigate the world. In the new paper, “Differences in the spatial landscape of urban mobility: Gender and socioeconomic perspectives,” recently published in the journal PLOS ONE, researchers at the University of Exeter, in the UK analyzed travel surveys to better understand gendered mobility within cities. Surveys were conducted in Medellín and Bogotá, Colombia, as well as in São Paulo, Brazil, with questions about where participants traveled within their urban regions, their reasons for traveling, and socioeconomic indicators. 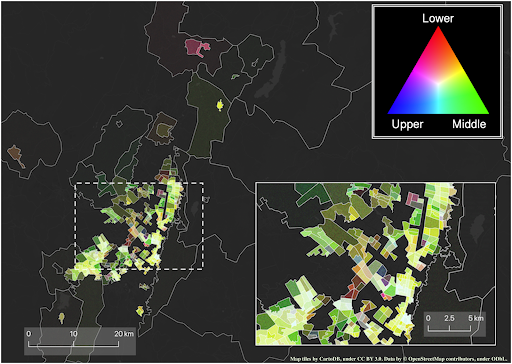 In accordance with previous studies, women were found to travel in more concentrated areas than men, however socioeconomic status had the greatest impact overall. Wealthier survey participants tended to travel in smaller, selective areas, while middle-class participants traveled the most throughout the city and to the most diverse locations, and people with lower socio-economic statuses were found to travel the least, which may have been attributed to a lack of access to transportation resources. While economic status had huge impacts on how women moved within their cities, being a man was attributed to more mobile transportation patterns, with upper-class males showing the most drastic gap in difference.

While the conclusions drawn provide a glimpse into the differential ways that men and women travel in public, this study was specific to the cities mentioned above in Colombia and Brazil. Recognizing that some of the most uncontrollable factors in one’s life can have great impacts on day to day choices is an important step in understanding and mitigating gendered differences.