This Sunday, February 4th, the Philadelphia Eagles will be playing the New England Patriots in the 52nd Super Bowl at U.S. Bank Stadium in Minneapolis, Minnesota.

This week’s map shows the location of each Super Bowl game since the start of the first championship in 1967.

Click on the interactive map below to learn more about Super Bowl History! Each stadium is marked by a football; when clicked, each game’s date, Super Bowl number, winning team, score (labeled Pt and Pt2), MVP, and location are listed. 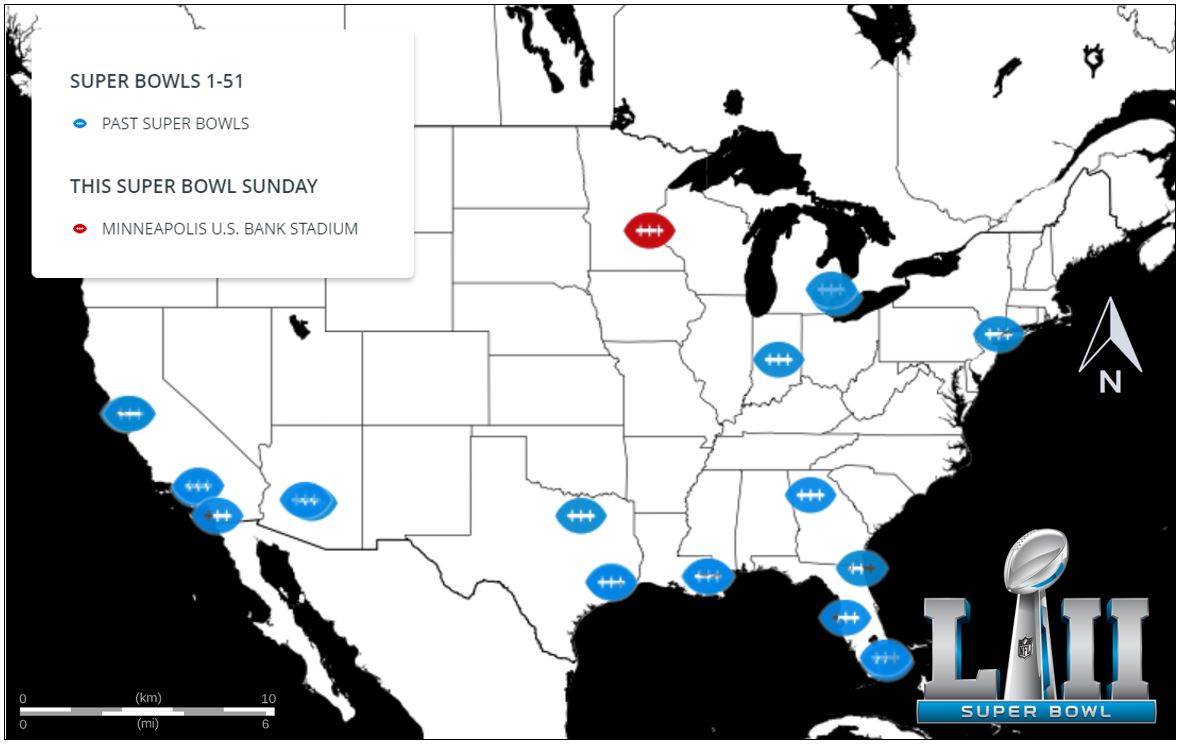 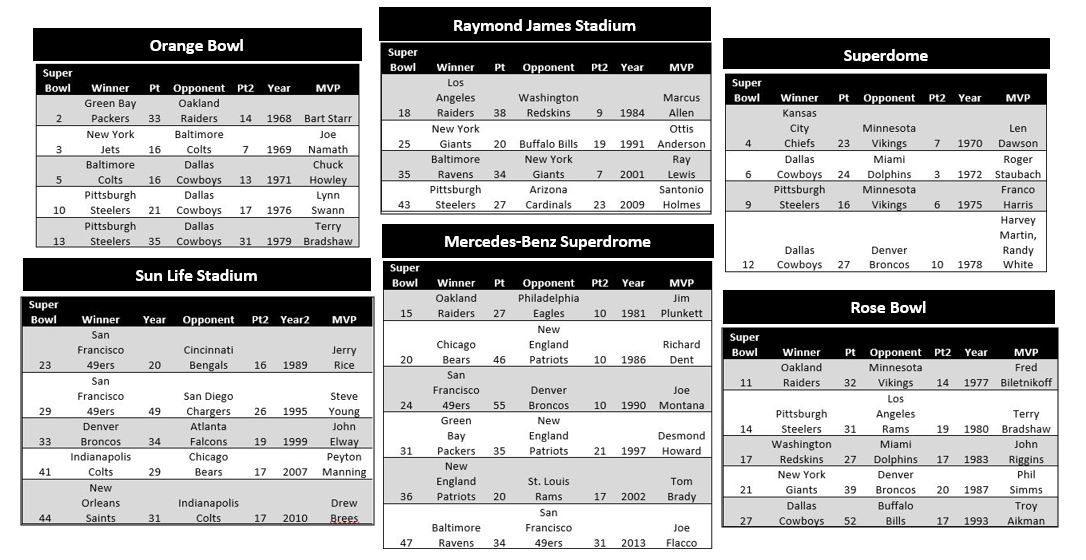 The National Football League evaluates potential hosting cities based on stadium renovation and their ability to host. Stadiums are usually chosen three to five years before the game, with Minneapolis winning the bid to host in 2014. This is the second Super Bowl to be held in Minnesota, the last one being in 1992.

This year will be the sixth game played in a cold-weather city. Despite the weather dedicated fans will gather at the state’s northernmost city to host the Super Bowl. The Super Bowl is broadcasted across the United States and on U.S. military bases and has become popular to watch in pubs across the United Kingdom and Germany.