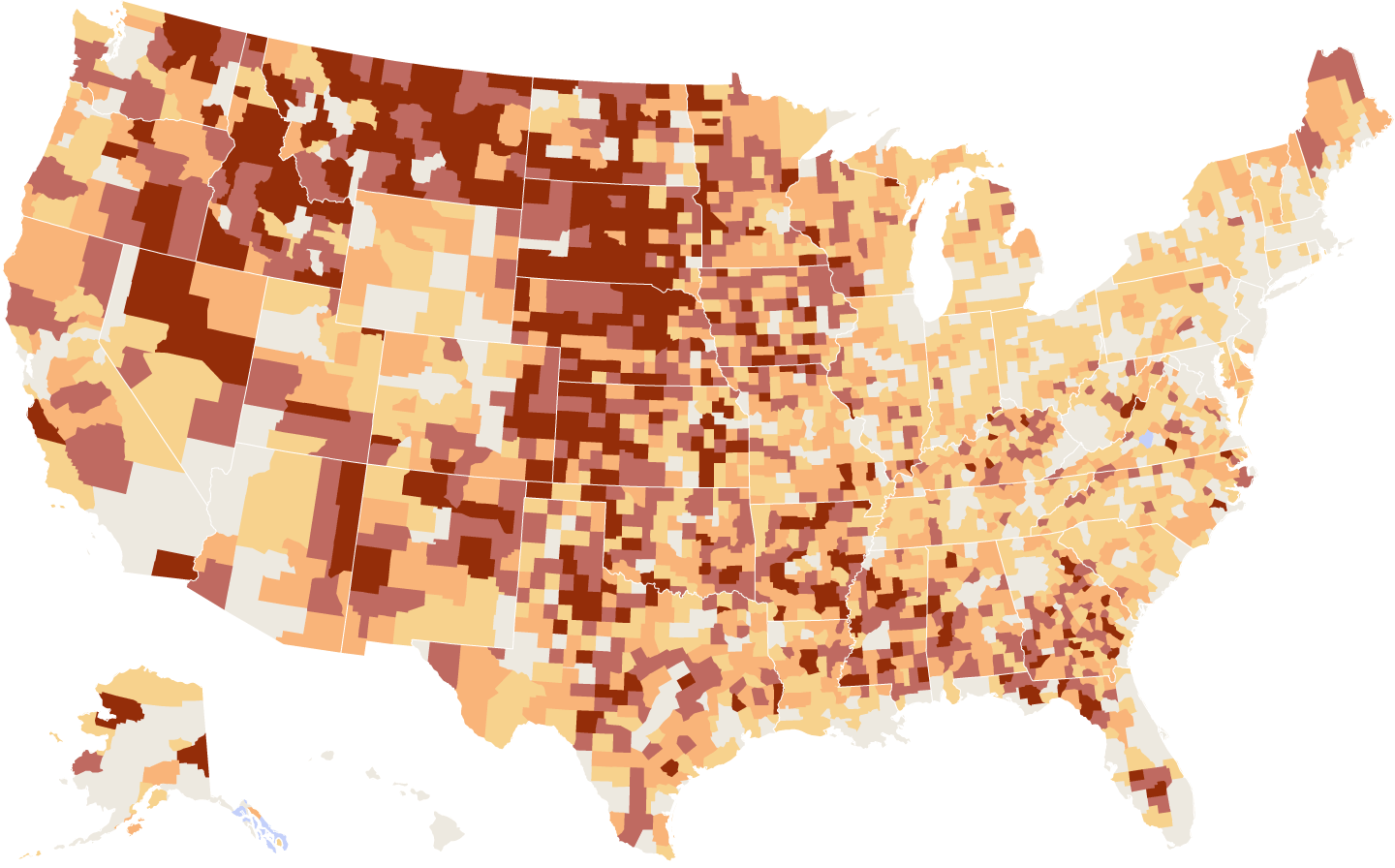 It has been all over the news lately: the United States and China are facing each other in a tough tariff war, which hits both economies by raising import tariffs on products of each countries’ exported goods. What was not shown before however, is the trade war with China is adversely affecting the counties in which a majority of Trump voters live in (see map 1). The first map illustrates the share of jobs that are threatened by China’s tariffs. The second map illustrates where 2016 Donald Trump voters live per county, according to the Presidential election results (see map 2). It turns out that 8.1 percent of the jobs in the export-dependent companies are threatened in counties that predominantly supported Trump, while only 3.2 percent of those jobs experience the same threat in counties where Hillary Clinton voters live. 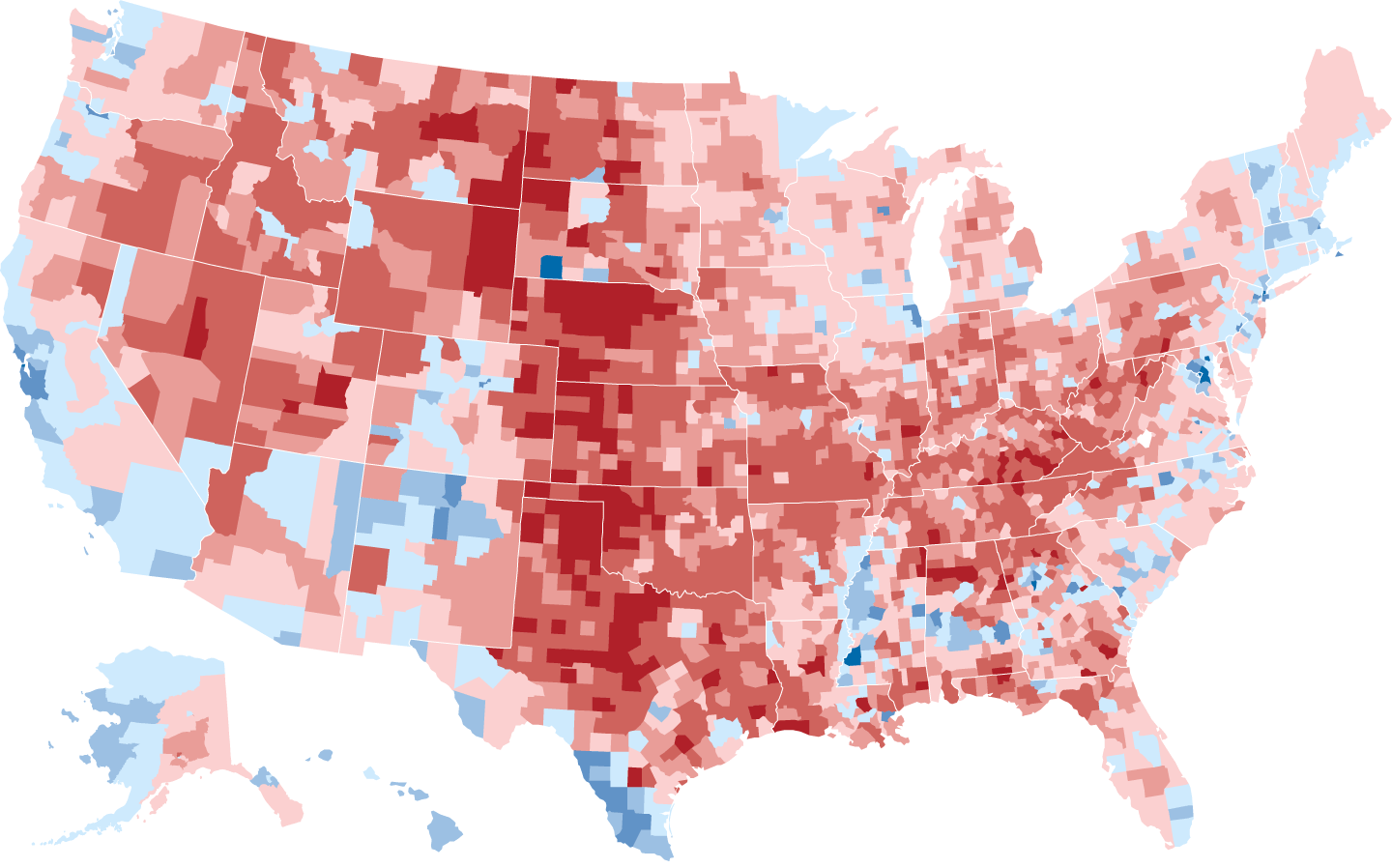 A total of $50 billion worth of goods imported from China are on the United States government list to be targeted by higher tariffs. Last month, U.S. President Donald Trump added another $200 billion worth of goods to be taxed. In response, China stated that it is going to hit products from the United States worth a total value of $110 billion. Examples of North American goods that are heavily affected by the tariff war are: whiskey from Kentucky, with a 25 percent import tariff, cranberries from leading producer state Wisconsin and lastly soybeans and pork, which are widely produced farm products from Iowa. Calculations made by U.S. based Brookings Institution have shown that around 650,000 people are employed in sectors affected by these new tariffs, which makes up for 3 percent of the export-dependent jobs in the rural areas. This number consists of American laborers either working in the direct assemblage or production of exported goods, or laborers working in businesses involved in the intermediate production and service lines depending on these products. The jobs and companies located in the metropolitan areas of the states, where the economy is more diverse and especially more service-oriented, is affected significantly less in contrast (see map 1).

However, the Chinese government is not the only country aiming at agricultural products: Canada, the European Union, Mexico also specifically targeting imported whiskey, pork and Harley Davidson motorcycles from the United States. Thus, tariff measures created by those countries show similar patterns in regards to disproportionately impacting rural states where these products are manufactured or produced. All these measures are regarded as a counteract against the “America First” economic environment after the inauguration of President Donald Trump.

Interestingly enough, the tariff war negatively impacts the Chinese consumers more than US consumers, since the prices of their day-to-day purchases instantly go up, as well as adversely influencing a portion of the countries’ companies, as part of the intermediate supply chain of the targeted American products. As both Chinese and American citizens are expected to feel the impact of the tariff war, the question then becomes, which country will first succumb under the political or economic pressures the trade policies can possibly create?